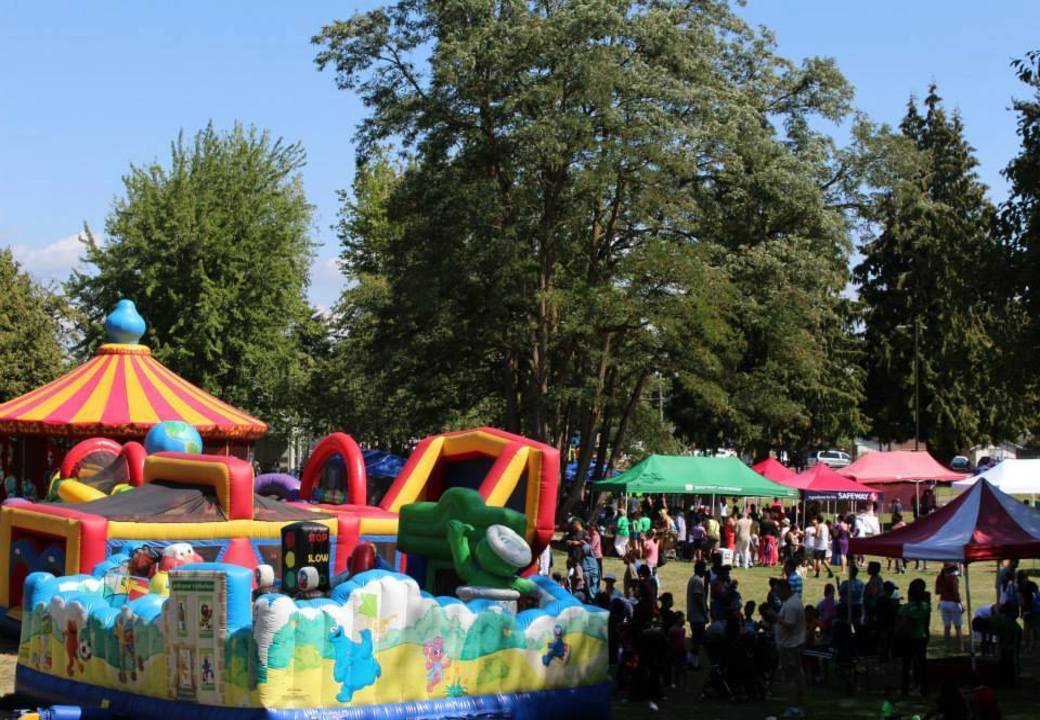 At least two places on earth offered a collage of world culture last Sunday afternoon. One of course was Rio, in the thrall of Olympic competition, and the other was about 7000 miles north in South Seattle’s Othello Park.

From sequined Bollywood dancers and Fijian cuisine, to Somalian children in colorful Hijabs tag – teaming to wrestle baby llamas and Eritrean men doing back flips in inflatable bouncy houses, the Othello Park International Music & Arts Festival celebrated its 10th year by showing off the array of ethnicities in the Rainier Valley.

Home to speakers of over 59 different languages, Rainier Valley’s mixed population of residents who made their way to the Emerald City via Somalia, China, the Philippines, Eritrea, Fiji and other parts of the globe converged at the park located on 42nd Avenue and Othello Street to dance, mingle, and attempt to pet sporadically cooperative camels.

“I don’t know if I’ve seen a more diverse festival in the city, especially when you talk about community festivals,” said local hip-hop artist Draze who played Master of Ceremonies at the event’s performance stage.

Throughout the day artists performed music from China, India, Fiji, Somalia, and the Philippines. Performers representing 12 cultures  delighted the crowd with music from lands most in attendance were hearing for the first time.

The Filipino Drill Team provided a dazzling performance. The diverse crowd of South End residents gathered around as five female dancers dressed in shimmering purple skirts,  black shirts, and gold sashes around their shoulders danced with precise rhythm, their feet and hands flawlessly synched with one another. Male drummers behind them intermittently sped up and slowed down the tempo. The crowed oohed and awed as the dancers combined four large bamboo poles about twice their height, and one of them stood on them only to have the rest hoist her in the air.

Those in attendance were far from mere spectators, as many took to the dance floor in front of the performance stage to imitate would they had just seen, including the salsa.

Erin Lau, who learned the dance in an instructional session at the festival, was awed by the sheer diversity on display, joking that it put the majority of this summer’s SeaFair events to shame in that department.

“It’s just so hopeful to see everyone out here having fun,” said Lau, who lives only a few blocks away from the park and helped organize the event as co-chair of the Othello Park Alliance (OPA).

For her, Sunday offered a necessary respite from the divisive rhetoric she often finds perpetuated in the mainstream news media, especially directed at  the Muslim community which comprised more than 50 percent of those in attendance.

“I feel so much at home here,” said Samira, a Somalian woman who declined to give her last name. Samira, a resident of the Othello neighborhood, added that at a time when Muslims are scapegoated for violence and Islamphobia is on the rise due to Donald Trump, the festival provided an essential safe space for her and her children.

A recent study by Georgetown University showed a stark increase in Anti-Muslim hate crimes within the last year.

Hemmen says the festival inspired her to visit Othello Park more, as she now sees it as providing a welcoming environment for her.

“We need more festivals like this [in Seattle]. I feel really lucky that we have this park here,” she said.

OPA hopes increased park visitation is a byproduct of the  event.

The neighborhood organization, composed of local volunteers took over responsibility for the festival in 2008. Prior to that, Seattle Parks and Recreation had organized the event since its inception in 2006.

OPA’s goal ever since has been to assure that Othello Park is fully integrated into its vibrant, multi-cultural community.

Lau says the diversity on display at the festival was testimony to the success of that mission.

Something noticed by a visitor from the other side of the pond on Sunday.

“I came here and saw the world,” said Angela Spencer, an English citizen from London, who just so happened to be visiting a friend in Seattle over the weekend and became curious about the festival after an ad for it popped up on her Facebook newsfeed.

Spencer said it completely changed her initial perception of Seattle.

“I originally thought of this place as an ultra white city and I know that it’s dealing with issues of gentrification just like London, but it’s so wonderful to see Muslim girls dancing to western hip-hop, and everyone from such diverse backgrounds enjoying each other,” she added.

Sitting at a distance from the park, as the sun set and the festival came to a close, the sights of little girls in their Hijabs chasing after Chinese boys in their khaki shorts and t-shirts, and old and young belonging to a multitude of races dancing to Fujian music played in honor of that country’s first ever gold medal win in the Olympics the previous day could be glimpsed.

The unity America so often promises, and fails to deliver on.

But for one day, in one park… promise fulfilled.