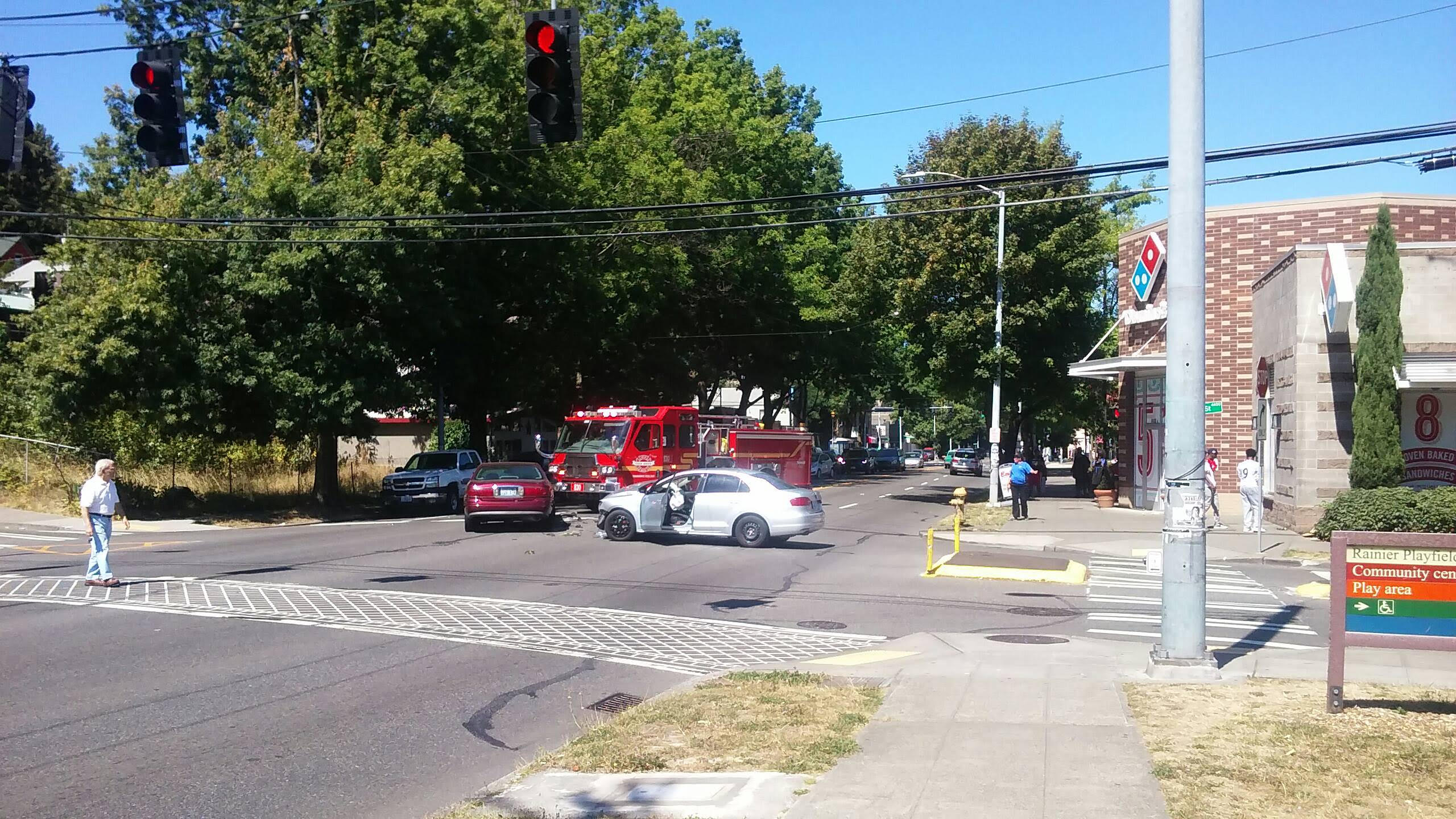 A two car collision on has caused traffic to come to a screeching halt along Rainier Avenue and Oregon street in the Genessse neighborhood this afternoon.

The car accident, which took place between a silver Volkswagon and burgundy Camry at approximately 1:22pm, sent the drivers of both cars to the hospital, and caused delays for Metro Bus Routes 7 and 9, as well as sending drivers on detours along side streets.

The extent of the injuries to the drivers involved in the crase are not known, one appeared to be an elderly woman who was taken to Harborview by one of the American Medical Response vehicles dispatched to the scene.

Delays are expected to continue along the main arterial for at least the next half hour while police and medical crews clear the scene.