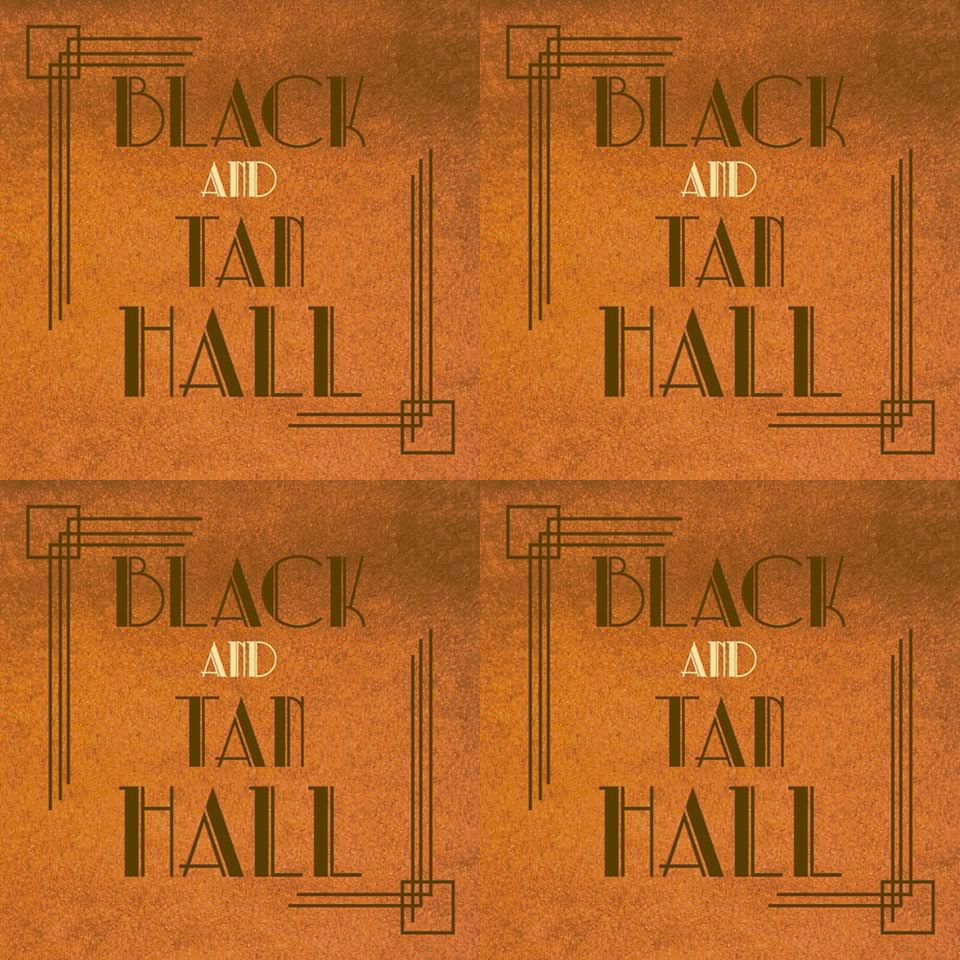 Have you noticed what’s happening at 5608 Rainier Avenue South?  You might know it as Maxim’s, though the venue known for karaoke, open mic and comedy shows has been closed for over a year.  For many months the building sat empty, its bright pink façade and unlit neon sign staring out blankly as the oak trees changed from green to gold to bare.

But in the last few months, you may have noticed some changes happening at 5608.  Hanging baskets of flowers have sprouted along the old awning and flower pots on the sidewalk are bursting with blooms.  Old chipping paint is being replaced by shiny newness.  Most weeknights and many weekends, the hum of power tools, music and animated conversation can be heard through the open doors.

If the above description causes alarm bells to ring in your head – red flags of that ever-encroaching gentrification so often hailed as “improvements” – rest easy.  These changes are not the mark of a fly-by-night developer or expanding retail chain.  On the contrary, they are the work of a group of local community members creating a cooperative business model which seeks to stem the rushing tide of gentrification –  all while providing exceptional food, music and theatre for all ages in Hillman City.

It’s a big dream – initiated by South Seattle residents Ben Hunter, Tarik Abdullah and Rodney Herold and impressively supported by a crew of committed neighbors and community members – and it’s already well on the way to becoming reality.

The name Black & Tan inspires different reactions from different people.  For many –  most new Seattle transplants, anyway – it has no particular meaning at first blush.  But for long-time Seattle residents, particularly elders in the music scene, the name Black & Tan carries deep significance, evoking images of a Seattle of yesteryear, racial inclusivity and community built around music.

Like the gentlemen who stuck his head in the door of the Black & Tan a few nights ago whose eyes lit up when he heard the venue’s name.  “Black and Tan?!” He exclaimed.  “Like the old Black & Tan in the CD?!”  Owner Tarik Abdullah confirmed and then grinned as our visitor reminisced about the old B&T: famous musicians, wonderful dancing and so many good times.

The term Black & Tan comes from a type of music hall popular in the 20’s and 30’s open to all people, regardless of race.  Throughout America’s racist history of Jim Crow laws, red-lining, colorism and other discrimination, Black & Tan clubs allowed people to come together across racial lines to make music and build community.  Seattle’s own Black & Tan Club operated from 1932 to 1966 on 12th and Jackson and boasted some of the biggest headliners in jazz and soul.

Legends about Seattle’s original Black & Tan Club abound.  From gambling raids by drunken constables to performances by Duke Ellington to colorful stories about one of the owners who, no matter how much money he risked on a crap game, always set aside enough to buy a bowl of noodles after, the history of the Black & Tan Club in Seattle is rich.

The new Black & Tan Hall on Rainier Ave will espouse many of the elements of its historic namesake.  Most notably, the B&T will create a welcoming environment, embracing the inclusive ethos of historic Black & Tan Clubs.  And, of course, there will be plenty of music, dancing and food.

But with Tarik Abdullah of Morningstar Café as Executive Chef of the Restaurant, the new Black & Tan’s menu promises to put the original B & T’s noodles to shame.  And while no one is trying to compete with the likes of Duke Ellington or Ernestine Anderson, the music at B&T will be nothing to scoff at, with Renowned South Seattle duo Ben Hunter and Joe Seamons – both B&T owners – representing the high caliber of musicianship expected.

The new spot will carry with it whispers and hints of the original Black & Tan, while embodying the distinctly modern, diverse and cooperative sensibility of South Seattle in 2016.

Upon first hearing plans for the Black & Tan Hall it is hard to decide which is more compelling: the vision or the business model.  For, while the B&T’s plans for the food, music, theatre, classes and performance opportunities would be exciting enough on their own, the innovate and community-centric business model on which all that vision will be built is equally captivating.

In B&T’s own words: “The Black & Tan Hall is a performing arts and restaurant venue. Established as a worker-owned cooperative, we are maintaining Rainier Valley as a destination for cross cultural arts and education events. With a stage, event space, and restaurant … the Black & Tan Hall will create multiple income streams for its investors while celebrating the arts and music history of Seattle with concerts and classes.”

In order to ensure all this is accessible to, built for and created by the South Seattle community, B&T owners are carefully implementing a cooperative business model, setting up a community-owned infrastructure operated with accessible investment levels and consensus-based decision-making.  In other words, there will be lots of owners and they will all have a say in how the B&T is run.

The intention is to create investment opportunities for Seattle residents of limited means who are eager to invest as entrepreneurs in a small business.  Abdullah points out how uncommon it is for South Seattle residents to be able to invest in a business where they live.  “When was the last time you heard of a neighbor actually having a stake in a business that’s within your own neighborhood?” He exclaims.  If Abdullah and the other owners succeed, this previously rare phenomenon will be commonplace at The Black & Tan.

For Hunter, the opportunity for residents to determine the course of development in their own neighborhood is essential in today’s Seattle, noting that such opportunities shift power away from big money and into the hands of everyday people.  “[It’s] about community empowerment in the face of this behemoth gentrifying developer monster, led in part by our mayor’s poor housing initiatives and direction, and our city’s general apathy towards the problems facing lower-income, browner neighborhoods.”

Kirsten Harris-Talley has been steadily showing up at 5608 Rainier Avenue to work this summer.  Most often she is accompanied by her two children.  Usually, Malcolm, 16 months, is strapped to Kirsten’s back while 5-year-old Cora trots helpfully at her side ready to wield a paintbrush or transport important items from one side of the space to the other.

Harris-Talley knows Abdullah and Hunter from the neighborhood – she lives 3 doors down from Abdullah and has been very involved at The Hillman City Collaboratory where Hunter is a Founder.  She and her husband Jason moved to Hillman City in 2004 for the neighborly, community-oriented atmosphere they felt here.

Harris-Talley appreciates how the vision for the Black & Tan includes people of all ages.  “It feels good to bring my kids and have them be a part of that,” She Harris.  “And have it not feel like a strange thing that, of course, [the kids] can contribute too.”

She points out that elders have an important place at the Black & Tan as well.  “I’ve seen elders come to that space,” she notes.  “They can’t lift and push and do other things.  But they can sit and visit with us or talk about the history of the space and that is just as big a contribution.”

This friendly, almost familial atmosphere – even in what is essentially a construction zone – is a testament to the community-focused ethos of the B&T owners.  Power saws get turned off when visitors poke their heads in to see what’s going on.  Paintbrushes are put down to walk kids to the bathroom.  Laughter and jokes resound even as serious work gets done.

Summer is a notoriously difficult time to elicit commitments from busy people.  Still, the B&T has found a consistent base of about 15 locals who have committed significant hours to construction and renovation since June.  Showing up nearly every Tuesday night, and other nights as available, this crew does everything from interior design to construction to procuring materials to making runs to Goodwill and Lowes’.

Their substantial time commitment is not solely altruistic but is literally building these owners’ investment in the Black & Tan Hall.  In a unique twist on a traditional Co-op model, the Black & Tan’s structure allows owners to make their contribution through a combination of funds and hours worked.

The group I spoke with Tuesday night are all partial owners, have performed over 40 hours of work apiece and have all split their investment between money and time.  This means, that to reach the $5000 investment threshold, they contribute $2500 in cash and then work the requisite number of hours to fulfill the other half of their investment.  Some are also building their financial contributions over time; making small monthly contributions over many months to reach their total investment.

For B&T owners this flexible “money and/or work” model is all about accessibility.  Says Hunter: “We [are] trying to create something new…able to meet the needs of people in 2016 and create opportunity for those that don’t have money, but have time, and vice versa.”  Harris-Talley concurs, noting that very few people in Hillman City “have huge gobs of money” but have plenty of other things to contribute.  “I love that [we’re] building something that allows everyone in the community to find their best way to contribute.”

And even without the official operating agreement finalized (owners are ironing out the last few details now) there is great interest from the community about ownership in the new Black & Tan Hall.  Hunter has no doubts about their success based on the interest and eagerness to invest he’s seen from the community.  As Hunter puts it: “The doors are always open, and people are witnessing first-hand, that this isn’t some stupid developer coming into a neighborhood with a money-driven agenda, but rather, real people, doing creative things, on our own, with our hands.”

Intrigued?  Come check it out for yourself.  The tentative opening date for the restaurant is October 15 but there’s no reason to stay away until then.  The B&T owners will happily quiet their power tools to give you a tour and say hello and – before you know it – you just might be an owner yourself.