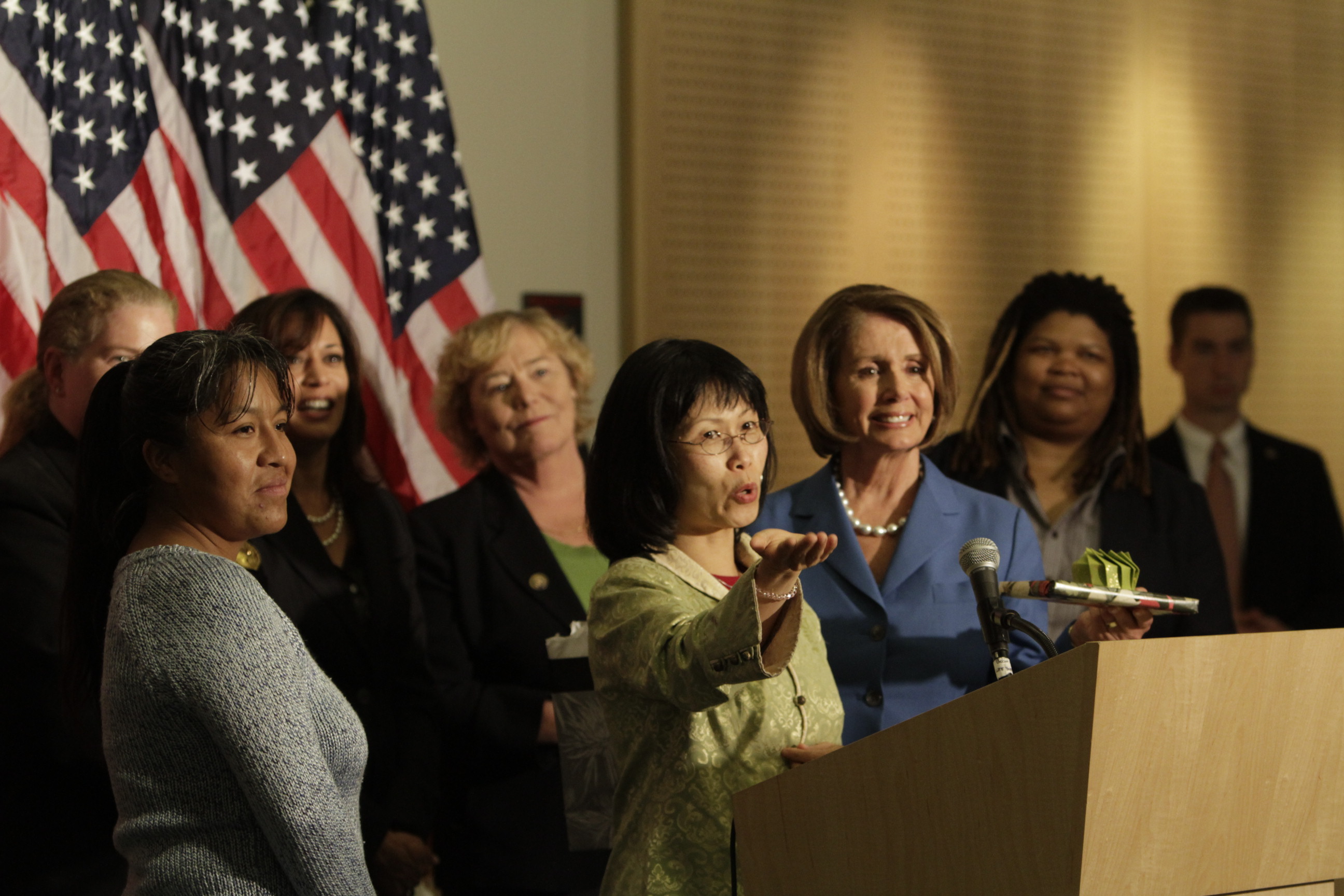 August 26 commemorated Women’s Equality Day, the date in 1920 when women won the Constitutional right to vote in the United States. This year the date had a little more emotional kick with a woman running for the first time as a serious contender for the Presidency. But it’s taken nearly a full century to gain this milestone, and the fact that “Women’s Equality Day” fell in the same week as Black Women’s Equal Pay Day underscores just how far we still have to go.

Winning the women’s suffrage amendment to the U.S. Constitution took 72 years of struggle. In 1848, women and men, white and Black, many of them anti-slavery activists, joined together at the Seneca Falls Convention in New York and made the then radical declaration that women were equal to men. They demanded the legal, institutional, and social changes that would allow women full participation in the nation’s economic and political life. Over the next seven decades, women marched and petitioned, endured beatings and arrests, won some local and state victories – including the right to vote in Washington in 1910 – and finally achieved passage of the 19th Amendment.

But even then, not all Americans could cast ballots. Throughout the South, Jim Crow laws and outright terrorism prevented African Americans, both men and women, from voting. It took 45 more years and thousands of people risking injury, arrest, and even death in local manifestations of the Civil Rights movement before Congress passed the Voting Rights Act of 1965. Within just four years, voter turnout among Blacks in Mississippi increased from 6% to 59%.

Gender and racial equality are still a long way off. Black women in the U.S. who work full time have to work nearly twenty months – until August 23 this year – to make as much as the typical white man does in twelve months. Native American and Latina women have to work many weeks more. Men of color out earn women of their own race, but generally lag behind both white men and women in pay.

Washington state’s gender wage gaps are a little larger than the national averages, partly because men so dominate employment in the highly paid high tech and aerospace manufacturing jobs.

We have a significant leadership gap, too. Women represent just 4% of CEOs of Fortune 500 companies and hold only one in five seats in Congress. They make up only one quarter of state legislatures. Washington ranks fourth highest among the states with 34% of our legislators women, but here as elsewhere, the percentage of elected officials of color is far lower than their representation in the total population.

Opponents of women’s rights claimed that women were intellectually inferior to men and couldn’t handle the rigors of most professions. They argued that the institution of marriage would collapse and society along with it if women gained economic independence from men and expressed political opinions of their own. Not only were those opponents wrong, I suspect that most men today consider themselves better off with an equal partner than a subservient dependent.

Certainly men benefit along with women when their wives, mothers, sisters, and daughters have a fair chance for good jobs and good pay. Our whole economy has a stronger foundation and creativity can flourish when economic security and opportunity are available to everyone. We all lose when members of our society are denied the opportunity to reach their full potential and pursue happiness.

We won’t win the next big milestones on the march toward a more perfect union without more struggle and conflict. It may take some time. But along the way, we can win state and local victories that will bring us closer.

The 2016 elections could go down in history as one of the watershed moments in American history. We could keep up the public agitation and elect a President, Congress, and state legislators who will pass equal pay and paid family leave, fund quality childcare and preschool, end mass incarceration, reform our immigration system, and rebuild our national infrastructure.

Or we could let fear and division prevail. It’s really up to us.

Featured image is a creative commons photo via Cindy Schrieder/Flickr