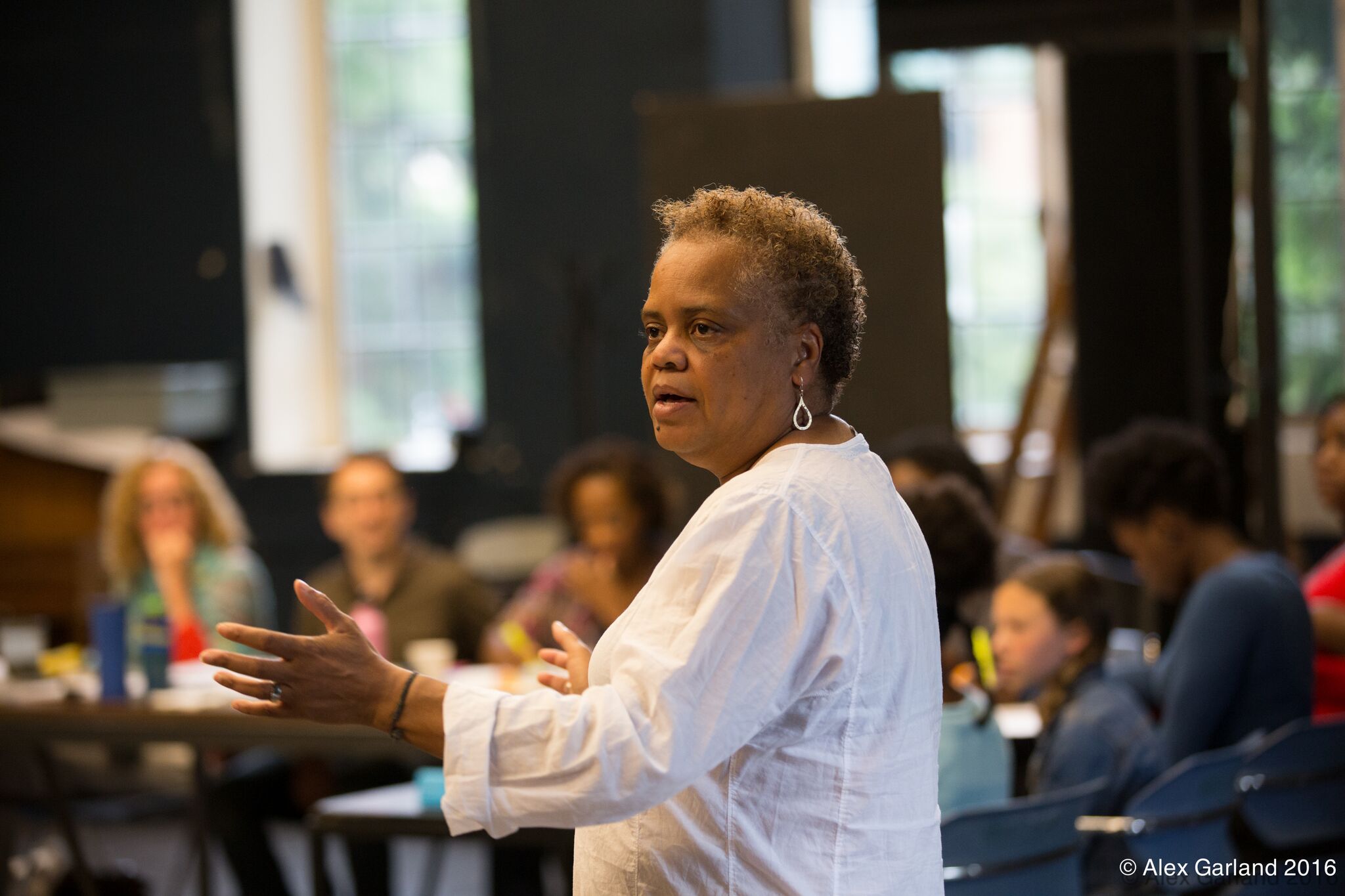 When Valerie Curtis-Newton and her partner, now wife, Kim Powell moved to South Seattle’s Hillman City neighborhood in 1998, the New York Times refused to deliver their Sunday edition to homes on the Beacon Hill side of Rainier Avenue South. Much has changed in the neighborhood since. Curtis-Newton says she can even get food delivered to their home now.

Much has also changed in Curtis-Newton’s relationship to Seattle’s theater world. She is now Professor, Head of Performance, Directing, Acting at the University of Washington’s School of Drama. In 2006, she and Vivian Phillips founded the Hansberry Project to bring theater written by and about African Americans to Seattle.

They began by collaborating with ACT Theatre. That collaboration ended in 2012 when, Curtis-Newton said, “ACT decided the relationship wasn’t as fruitful for them as they’d hoped. There was an expectation that droves of Black people would come to see our shows, and that would be the measure of success.” She continued, “If our productions were consistently not making the kind of money against their projections, I would expect them to cut the tie. I get that. Yet, there’s always a production that doesn’t make its projections. Could that have been considered an investment in engagement? But that philosophy only works when the host is healthy, not when the host isn’t, so I get it.”

Next, Hansberry Project leveraged Curtis-Newton’s reputation and the following developed by their work to create new project-based collaborations with theaters attempting to reach the audience Hansberry had established. They began by partnering with the newly-revived Intiman Theatre to produce Alice Childress’ Trouble In Mind. Because Intiman is a repertory company, producing the play as part of their entire season required non-traditional casting for all their plays. To connect with African Americans, Curtis-Newton sponsored a community event in conjunction with the play. Hansberry Project also held their annual Legends Awards in Intiman’s space during their season.

Since then, they have partnered with ArtsWest, Seattle Public Theater, and Washington Ensemble Theater. Their focus is now on new work and excavation of undiscovered or under-acknowledged work. Curtis-Newton says they are focused on providing playwrights access to have their voices heard, to tell their stories to whoever is listening.

When asked about the challenge of presenting Black-focused theater to mainly White audiences, she asserts that the conversation about theater “representing ourselves to ourselves” was an important function in the 1970s and ‘80s. She says, “We live in an era now where we need to be seen by people who aren’t us. We need them to see how we think, who we really are, and the way we really live. That means not playing to only Black houses but playing to everybody. Telling our stories to whoever is in the room.”

She continues, “Always, the audience in my head are Black people. When White people have a difficult time with the thing I’m doing, it’s because I haven’t privileged the lens. That’s actually the experience I want them to have: I want them to experience what it is to not get the art through their own lens.” 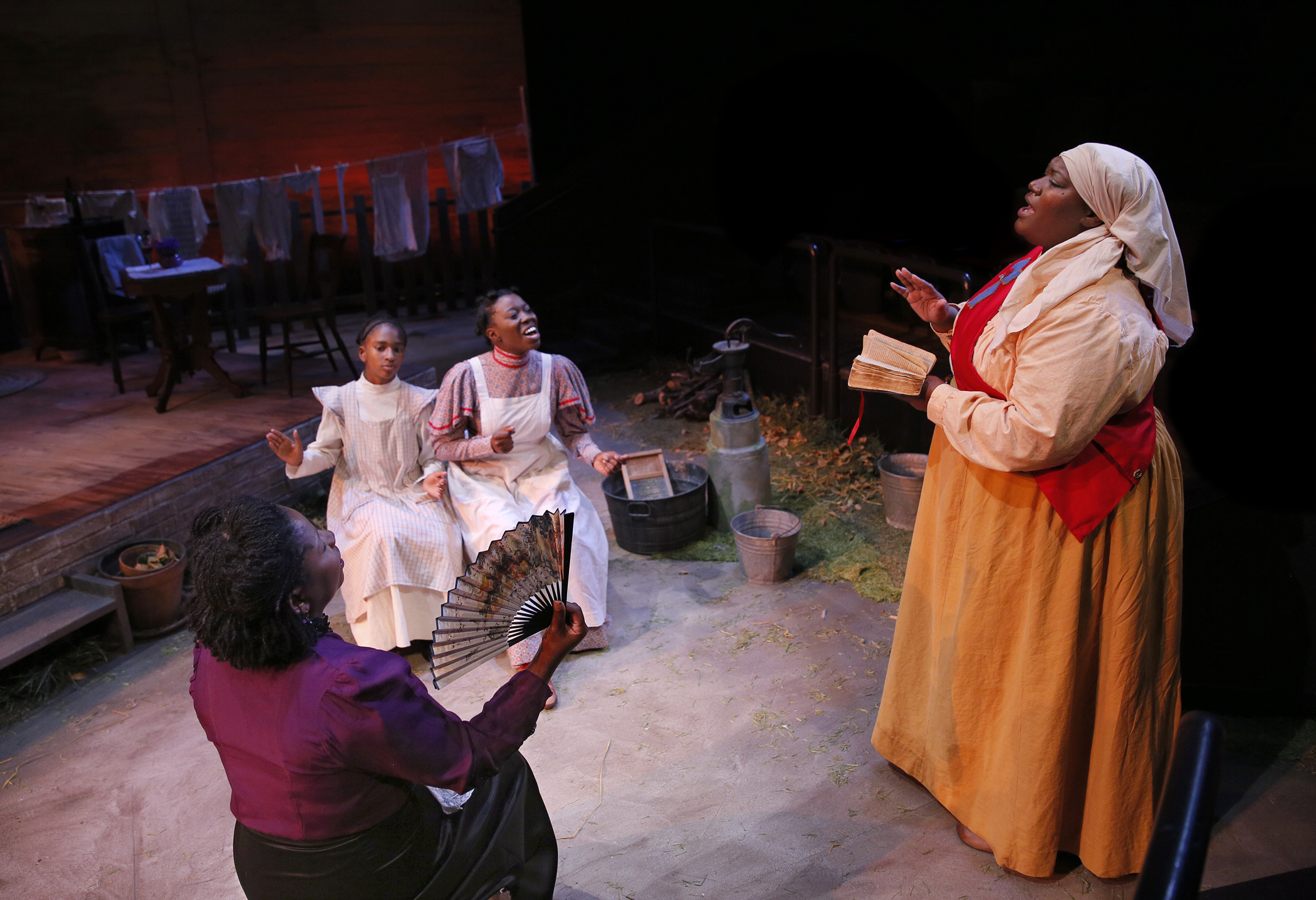 Curtis-Newton currently is directing Intiman Theatre’s production of Alice Childress’ Wedding Band: A Love/Hate Story in Black and White. The play was written in 1966, one year before the Supreme Court ruled that state laws banning interracial marriage were illegal. Childress set the play about love between a White man and Black woman in 1918, when even interracial dating could result in death.

Why produce it in 2016? “Because it’s about two people trying desperately to pretend that race doesn’t matter, until they can no longer pretend that race doesn’t matter. Then they actually have to talk about it and make it clear with each other about how they’re going to make it across the bridge. It felt to me that the Black Lives Matter/All Lives Matter conversation was about that.” 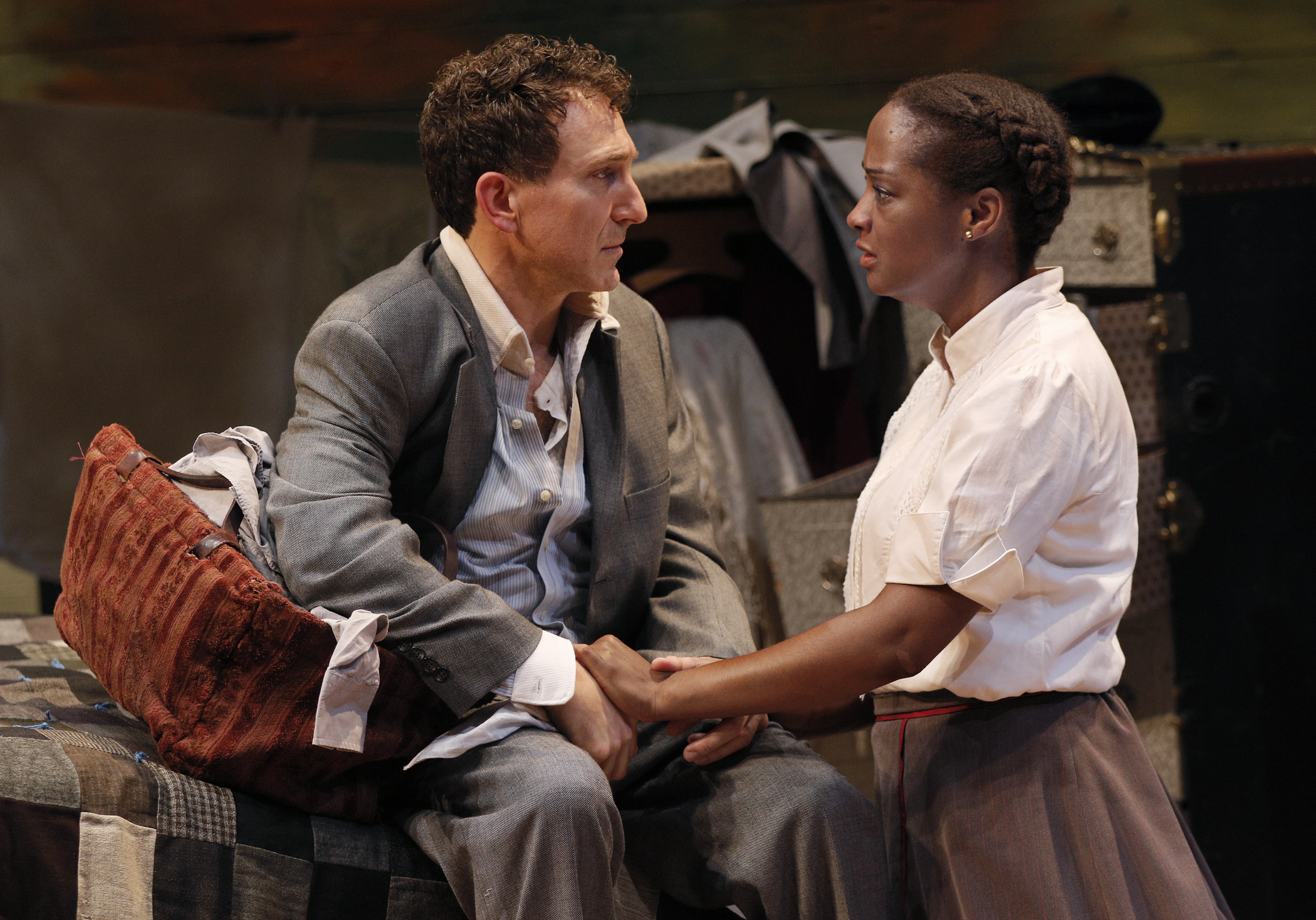 She acknowledges that some of her approach comes from making theater in Seattle’s very White culture. Black newcomers to Seattle’s theater community have to develop their talent and their audience at the same time. Those who are raised here have the advantage of building relationships over time through church, after-school programs, and other avenues. They can leverage those relationships to get access to resources and opportunities. She admits that having Vivian Phillips, an icon in Seattle’s arts, as her partner in Hansberry Project created many opportunities that she wouldn’t have had alone. Still, she admits, although she has more access than many others, there still are “rooms I can’t get into”.

Curtis-Newton recognizes that she is increasingly being called on to mentor others. Her requirements? “That they are really passionate about the kind of work they want to make and the kind of impact they want to have in the world.”

What’s next for her? During her upcoming Fall sabbatical she will be directing in Rochester, NY, working on her first musical project with the Fifth Avenue Theater in Seattle and preparing for a directorial stint in New Orleans in the Spring.

She’ll also be working on her own original work: The Rent Party, hoping to produce it sometime next year. It’s an immersive, interactive project set in 1968. Circumstances bring friends and family together at a rent party to help save a family’s home. During the party, Black folks will have the opportunity to disagree about everything: politics, money, relationships, religion, women’s rights, gay rights, the Vietnam war, everything. It’s intended to show how the Black community is not a monolith.

Things on her wish list: to hire someone who will obtain the funding that enables Hansberry Project to become producers again, instead of just presenters; to convene Black directors from around the country in Seattle; to increase the ranks of Black stage artisans; to do one production a year where everyone is paid the equivalent of a small equity contract; to write more.