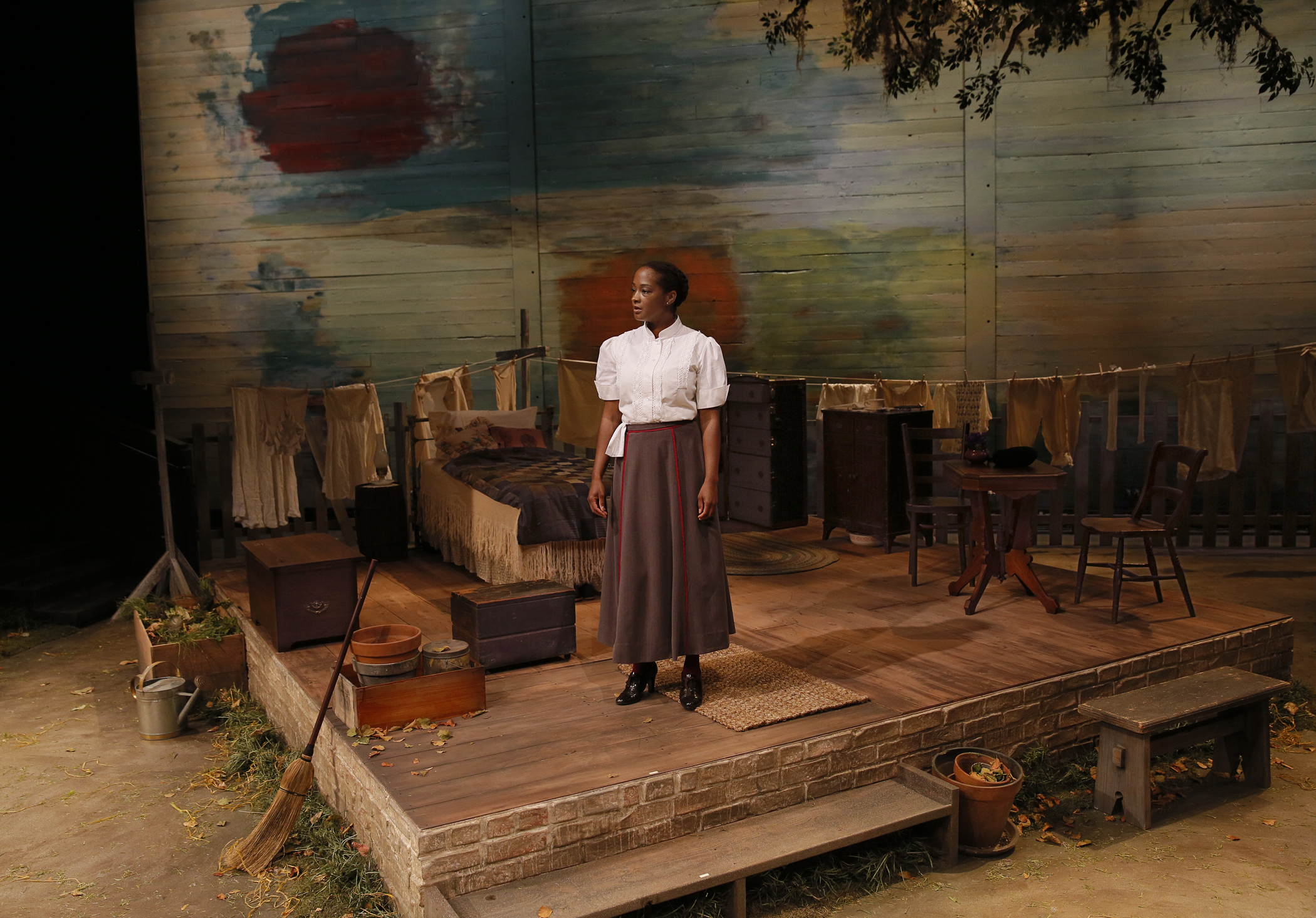 Prior to 2 weeks ago, when I met with Intiman Theatre’s Artistic Director Andrew Russell, I’d never heard of Alice Childress.  I admitted this fact to him with some embarrassment.  He assured me that, unfortunately, I was not alone in my ignorance calling the incomparable Black playwright “the Tennessee Williams you should have heard of.”

A few things I (and you) should know about Alice Childress: She was the first Black woman to receive an Obie Award in 1955 for her play, Trouble In Mind.  She wrote, produced and published plays for 4 decades and is generally acknowledged as the only African American woman to have done so.

And, most importantly, her work is profound, searing and painfully relevant today.

I doubt Ms. Childress would have minded – or even noticed – my earlier ignorance.  She was too busy doing the work she was born for, regardless of who was watching.  In an article for The New York Times from 1969, Ms. Childress writes, “Time is up. I’ve a play to write that may never be seen by any audience anywhere, but I do my thing. Who has ears to hear, hear…all others, later.”

I’m grateful that, though definitely of the “later” variety, I have ears to hear Ms. Childress.

My ears were granted the opportunity courtesy of Intiman Theatre, whose 2016 Theatre Festival offered Seattle audiences 20 plays by Black women playwrights.  The Festival culminates this month with Wedding Band, one of Childress’ best known plays which features the tension, pain and beauty of an illegal inter-racial relationship in 1918 and asks the question (according to Intiman Theatre’s website) “Can we be strong enough to tell the truth to each other and still love?”

The play opened Thursday to an enthusiastic audience.  Performing at the Floyd and Delores Jones Playhouse at the University of Washington, the setting is markedly intimate with wrap-around seating that evokes a theatre-in-the-round feel.  Thursday’s performance was my first opportunity to see work directed by renowned theatre great and Hillman City resident, Valerie Curtis-Newton.

I was floored by Curtis-Newton’s tight staging and compelling direction.  The play’s action flows effortlessly across the semi-circular stage ignoring traditional rules of “no back to the audience” with the best possible results. This natural, conversational staging works like a charm; somehow rendering the dialogue powerful and poignant, even when looking at an actor’s back.

From the first scene, Childress’ depth and critical insight are apparent.  They play’s language is rich, nuanced, layered and dense.  Following the complex dialogue was a challenge at times: waves of provocative prose washing over me in rapid succession with barely enough time to process the last mind-blowing idea before a new one hits.

If this were Netflix I would’ve paused and rewound countless times.

But – thank God – this is not another television series to be binge-watched and remote-controlled.  This is live theatre in all its magic.  This is experiencing a story as it unfolds, outside of my control.  This is taking part as a member of one unique audience, on one specific night, for one exceptional performance that will never happen just that way again.

As the powerful, challenging and, at times, disturbing words of Alice Childress enraptured me – delivered flawlessly by Dedra Woods and the rest of the impeccable cast – I found myself profoundly grateful for this playwright, this production, this director and this theatre.

Childress is unquestionably one of America’s greatest playwrights and her message is essential for us today.  As we are just beginning to realize the absurdity of “color blindness” we must sit uncomfortably with the bold, ugly truths of racism so powerfully enacted in Wedding Band.  At a time when so many are hesitant to speak up for fear of hurting a relationship, the challenge to tell the truth and still love is fundamental.  And in an era when we too often huddle isolated  behind our screens, we desperately need the communal experience of exploring painful truths together in real life.

Marilee Jolin is Executive Director of the South Seattle Emerald.  She lives on Beacon Hill with her two spirited young daughters and one grumpy old dog.