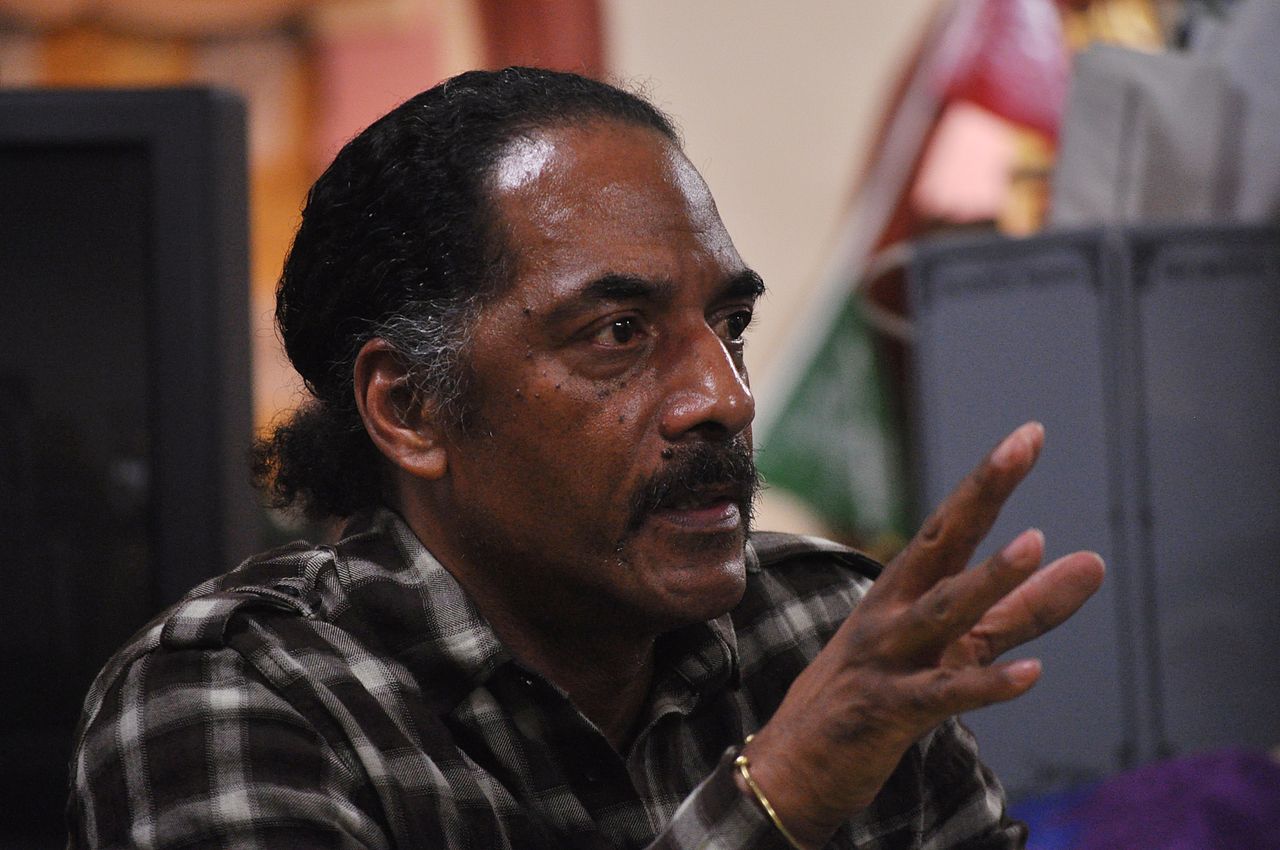 Seattle is nationally known as a counter-cultural hub for protest movements, such as the alter-globalization movement, and for revolutionary political stories. One such story is that of Aaron Dixon, the co-founder of Seattle’s Black Panther Chapter and a former Black Panther Captain.

The Black Panther message and their iconography is ubiquitous – from Beyonce’s ‘Formation’ at the Super-Bowl to being referenced as a latter-day spiritual ancestor to the Black Lives Matter Movement. At the time, the Black Panthers ignited the imaginations of young Black and Brown people across the county.  One of those young people was Aaron Dixon, co-founder and former Captain of the Seattle Black Panther chapter.

With the epidemic of police brutality and racial inequality, some say conditions today echo conditions in the 1950s and 1960s. These similarities have created new interest in the Black Panther Party, according to attendees at Seattle’s Black Panther Forum and Film Festival over the weekend.

Aaron Dixon and other Panther veterans joined participants at Washington Hall on Saturday for the second day of the forum and festival. Dixon sat down with The Emerald before the forum to talk about that story, the real contemporary impact of the Panthers and the links between their story and contemporary resistance to racial and economic inequality.

Thank you for meeting with me, Mr. Dixon. How do you feel about this event today?

Excited. I hope those 300 people on facebook who RSVPed actually come.

Why? What excites you about this event?

Revolution is a process. We used to say that you have to go from A to B, not A to Z. Occupy put the fact that the 99% are controlled by the 1% in the public consciousness and mobilized people. It was an awakening. Black Lives Matter was a similar awakening of the public’s consciousness and it pushed America to realize that Black Lives mattered and that police brutality and the prison-industrial complex is an issue.

Do you think that they’ve gone wrong anywhere?

No. Individuals, however, can get frustrated and tired and go do things that are unproductive.

What the Black Panthers did, before we got involved, [we] were participating in SNCC (student non-violent coordinating committee), C.O.R.E. and other organizations but, we were looking for something that would help us take it to another level. We participated in the riots, the uprisings in Watts and around the country, but the Black Panthers brought us together. It taught us revolutionary ideology and it taught us how to organize. We were 17-19 years old.

So you mentioned mentorship and youth. Do you think, in retrospect that you were too young when you started the Seattle Black Panther chapter?

No. We had seen and come up in the conditions of racism at the time. We were motivated by our parents, our grandparents, our ancestors to take action.

Last Thursday, the North Seattle Police Precinct Project, “the bunker” was halted, what did you think of that?

It showed the power of the people. It showed what we can do when we come together, we stand together, and we fight together.

What keeps you motivated?

Seeing continuous oppression, the lies, and seeing homelessness increase. The more oppression there is, the more resistance there’ll be. It shows me that as elders of the movement, the job isn’t done. We’re all going to die. Every one of us is going to meet death and meet at the end of life. I want to live my life to the fullest and I want to help build the movement while I’m still here.

What’s your opinion of Black political and community leadership in Washington?

You see the same patterns with Black leadership all over the county. Sometimes they’re more of a hindrance to creating the social change that we want to see. And anyone who does the community harm should be held accountable. They have to listen to the people. If the people say that we don’t want a bunker then the people who are elected to represent them have to listen. We have to build a system that holds those leaders accountable and one that allows people to be heard.

How do we “change the system”?

This is why we need to come back. This is why I think we’re relevant. Black people, Native people, Asian people, Latino people, poor white people need to come together. Imagine if 200,000 people surrounded the state capitol in Olympia, or the White House! Things would change if we demand it.

What keeps us from unifying in your opinion?

A mass brainwashing. In the 1980’s CNN was created and you had the creation of a 24-hour news cycle. Back in the day we had 4-5 channels. And then we got shows like ‘Cops’ that depict poor people and Black people as violent and criminals and it’s fed to us and we eat it and we eat it up until we start to hate ourselves. We, Black people, People of Color start to hate ourselves and these shows build up these Cops as guardians of law and order.

Let’s switch gears for a second and go into national politics. Civil Rights veterans like John Lewis support Hillary Clinton for President, despite past allegations of racism through her support for laws that led to mass incarceration. How do you feel about this?

It makes me angry. Many of us support her and I remember in the 1980’s when the “get rich” movement began and Reagan was at the head of that. That was Reaganomics – trickle-down – and that’s how you saw people. They were either a way to help you get rich or they were in your way.

Do you think mass incarceration is being taken seriously by our political leaders, in our public discourse?

No. The status-quo likes the situation the way it is – they’re profiting from it. There are 2.5 million people locked up. That’s crazy and many people have accepted it.

They’ve gentrified and displaced people from this city and from this community and thrown themselves out on the streets and when you displace people, things begin to happen. Crime, mental illness, drug addiction all increase and then you start to think that the only place for these people is jail. A community is a safe place, it’s a place where you feel comfortable and when you take that away you make people start to feel unsafe and they turn to other things.

Is racism linked to this destruction of community?

It’s privilege. White privilege. It creates the idea that we are just in their way in their quest for wealth and then you think that these 2.5 million homeless people should be in prison. Obama didn’t dismantle the prison-industrial complex and it has grown to become absolutely unacceptable. That’s why people are out on the street protesting.

Would you say that the movements today are the legacy of the Black Panther Party?

Yes. We can’t dismantle the prison-industrial complex or the military-industrial complex or any feature of this predatory capitalist system on its own until we change the entire system. We have to create a movement that’s so irresistible that it throws people who are in office out of office and puts people there who are accountable to the people. We have to overthrow the system – and it doesn’t have to be violent; it has to be a mass of people rising up.

It’s all about timing. It’s about movement and it’s moving in favor of the people. The documentaries, the protests, it’s about timing. It’s important to prepare oneself for the time when it comes. The time is now. Our planet is in the worst state that it has been for a long time and people want to see a change.

Do you see what’s happening in North Dakota now?

Yes, I have. There a thousands of Native people that have gone out to fight that pipeline in North Dakota. It has inspired them to take action and it’s a sign that people are waking up.

Why haven’t you thought about running locally?

People have asked me to run for council before. We could find others to run. I belong in the community, organizing, speaking – not in city hall making laws. We should find leaders from the community to take action and be in those positions.

One thought on “Time to Rise Again: An Interview with Aaron Dixon”