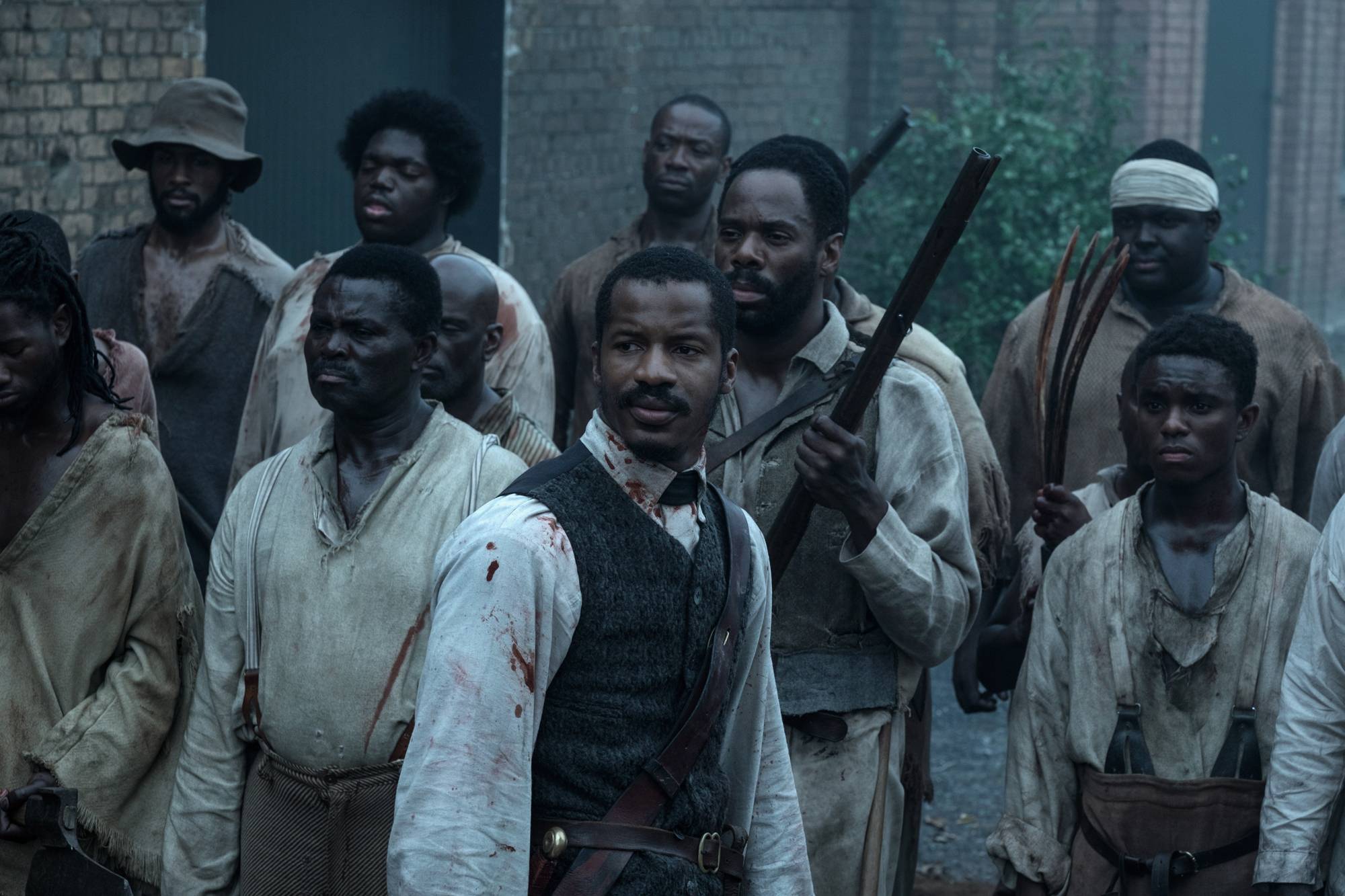 Director Nate Parker delivers a powerful depiction of the real life slave rebellion led by enslaved preacher Nat Turner, a rebellion resulting in the deaths of about 60 Whites and eventually hundreds of black slaves in South Hampton County Virginia, in 1831.

When Elizabeth Turner, the wife of slave owner Benjamin Turner, notices a young slave named Nat can read she immediately takes an interest in him. Elizabeth moves the child into the couple’s home for a time in order to educate him.

With the bible playing a central role in his education, Nat grows up to become a preacher to the Turner slaves, a “respectable” position amongst his cohort, but one affording him little in the way of dignity from Whites in his community.

When South Hampton County’s other slave owners grow fearful at the possibility of insurrections due to the increasingly dire conditions of slaves at their less prosperous plantations, they reach out to Samuel Turner, the son of Benjamin and Nat’s new master, in order to acquire the services of the preacher. They hope he can pacify his fellow slaves of their growing desire to rebel.

During this time Nat’s worldview shifts immensely. He begins to fully comprehend the scope of the slave trade, and begins questioning his own role and purpose in the practice.

Preaching at different plantations, Nat is exposed to the atrocities committed by various slave owners.  He also experiences several personal tragedies of his own, as well as those of family and close friends at the hands of those same slave owners.

With a growing awareness of the plight of his fellow slaves and his own situation, Nat undergoes an epiphany, making the fateful decision that will forever alter his life and the lives of those around him.

The film is unflinching in its narrative and downright gut-wrenching at times to watch, but it’s not without a few lighthearted moments that really serve to humanize the subjects of the film.

Birth of a Nation never tries to paint the characters in anything else than black and white, victims and perpetrators, which may be a problem for some looking for a kind of nuanced “shade of grey” view of the situation, but not for this reviewer. The film’s message is clear: slavery is inhumane horror, without exception.

I personally see the Black American Slave history in the same way the majority of people view the Holocaust, as in there is really only one way to look at it, pure man-made atrocity.

This isn’t a happy film at all and it will undoubtedly leave many viewers disturbed by the violence, and uncomfortable with several moments of brutality, but it’s necessary context detailing the harsh reality of what actually happened to the unfortunate souls who were slaves. The film makes it downright impossible to be unable to understand where the slaves were coming from when they finally make the decision to rebel.

The cast does a great job all around, led by Nate Parker who directed and co-wrote this project, and who also helped produce it.

Parker brings all of his passion for this project and pours it into his portrayal of Nat Turner. He makes you feel a connection to the character from the moment he hits the screen as you journey through the rough life of an American slave and the path that eventually leads him to his historic fate.

The supporting cast is also strong, including Armie Hammer in his stellar portrayal of Samuel Turner, a Slave owner and man who was very much born into his situation, just as Nat was. Throughout the film the younger Turner is given opportunities to make the correct moral decision, but time and time again he chose the opposite, subtly unpeeling his true nature.

Jackie Earl Hailey is frightening in his portrayal of the vicious slave hand Raymond Cobb, and Gabrielle Union is strong in a small but important role as Esther.

Kudos should be given to the film’s cinematographer Elliot Davis, as Birth of a Nation contains plenty of beautiful shots of Southern landscapes. It also contains a great musical score by Henry Jackman, but the real star of the show is the story itself which is one that is extremely timely given recent events in the country surrounding the Black Lives Matter Movement, and what seems an ever expanding list of unarmed Black men, women and children fatally shot by police under questionable circumstances.

Whatever side of that argument/debate you fall on, one thing is clear, even though we are far removed from the days of legalized slavery in the United States of America, we still have a long way to go to fully realize the promise of Liberty and Justice for all and all men being created equal.

It’s almost impossible not to compare this film to The 2013 Best Picture winner 12 Years a Slave, due to the subject matter. While I feel that 12 Years a Slave is a superior film overall, in no way does that dull the achievements of Birth of a Nation. In many ways the films are two sides of the same coin.

On one side is 12 Years a Slave which shows the endurance of slaves, the years and years of waiting for a freedom that came for some but denied to many.  On the other side of the coin is A Birth of a Nation, documenting the fate of those who couldn’t wait for freedom, nor could withstand their abuse any longer without fighting back.

A Birth of a Nation is a good film and a story that deserves to be told.  More importantly, however, it’s one that needs to be learned from.

Final Score: 4 Emeralds out of 5

Birth of a Nation staring Nate Parker and Armie Hammer opens at the Columbia City Arklodge on Friday 10/7 and plays at:4:30pm, and 7:30pm

One thought on “The Emerald Eye: Review of Birth of a Nation”