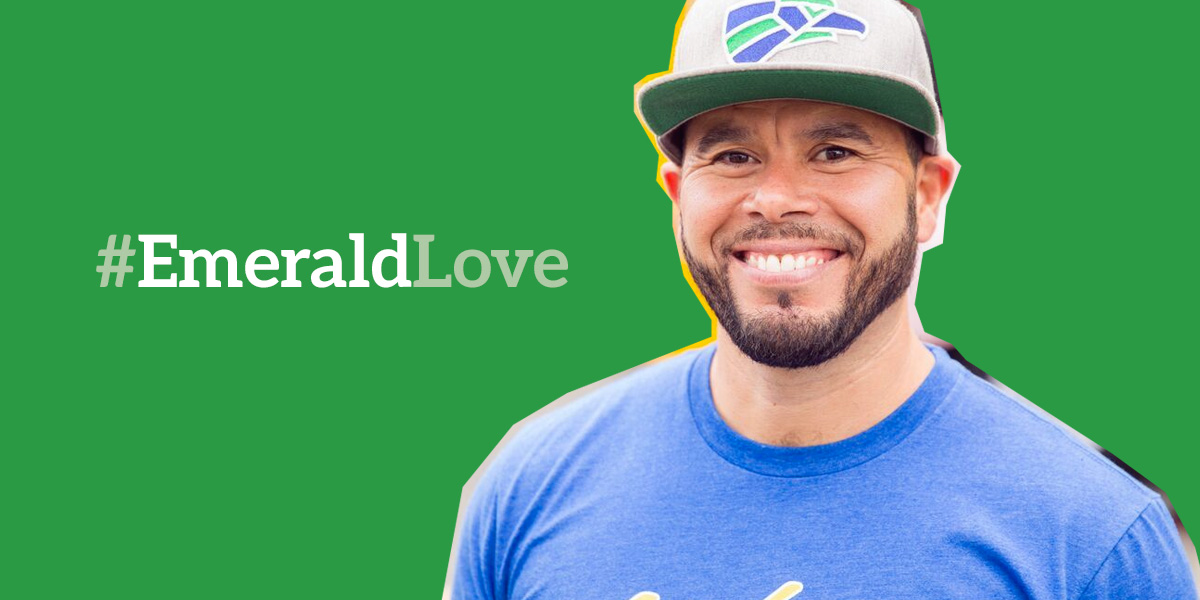 And he is a loyal South Seattle Emerald supporter.

For Rodriguez, the Emerald is important because it is the voice of his beloved community. “It represents our POC people in the South End,” he says, noting that the Emerald is the only media outlet truly representing his community.

In part, he notes, this is because the Emerald writers, editors, photographers and board members are his community. “I met them before I knew they were journalists [with the] Emerald,” he laughs. “And then I find out that they were customers of mine, friends of mine!” These Citizen Journalists are the back-bone of the Emerald, offering the voice of the people, by the people, for the people.

Please Join Luis Rodriguez by showing your #EmeraldLove and making a contribution of any amount that is meaningful to you!  Your support allows us to keep bringing you the fuller, richer story of South Seattle!

Featured Image by Alex Garland, adapted for this campaign.