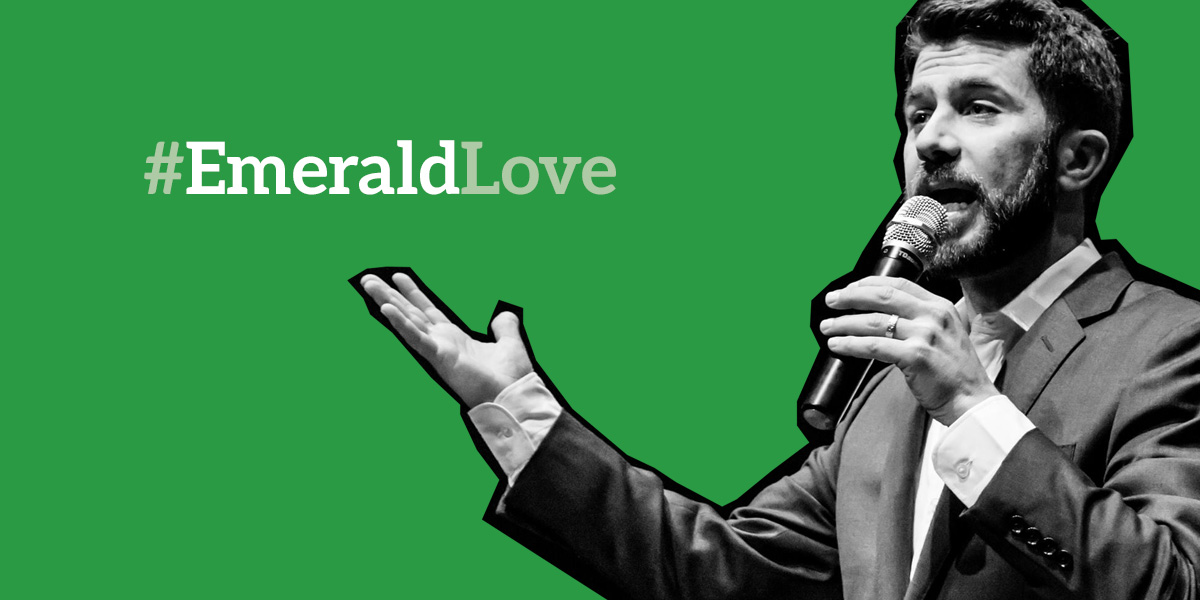 Brett Hamil, writer, comedian and Mt. Baker resident is known for his news commentary  show The Seattle Process with Brett Hamil, his regular column in City Arts Magazine and his caustically witty political commentary videos for the Emerald. He is also heavily invested in organizing work on the Block the Bunker campaign and other social justice movements.

For Hamil, The Emerald is an important resource to learn about his neighborhood and grow in his understanding of issues important in South Seattle.

Hamil recalls the article about the mountain of concrete waste in Skyway and how illuminating it was for him. He says: “That story encapsulated everything the Emerald does well. It was 1. a hyperlocal story 2. highlighting an unjust situation that 3. affects a specific community on the Southend and 4. it was something I would’ve never known about if not for the Emerald.”

He goes on: “I marvel at how little reporting is being done about this side of town by local media. It’s as if their map of Seattle fades into mist about halfway through the Central District.”

Thankfully, the Emerald is here to fill that gap! Please join Brett Hamil by showing your #EmeraldLove and pledging your financial support to South Seattle Emerald!