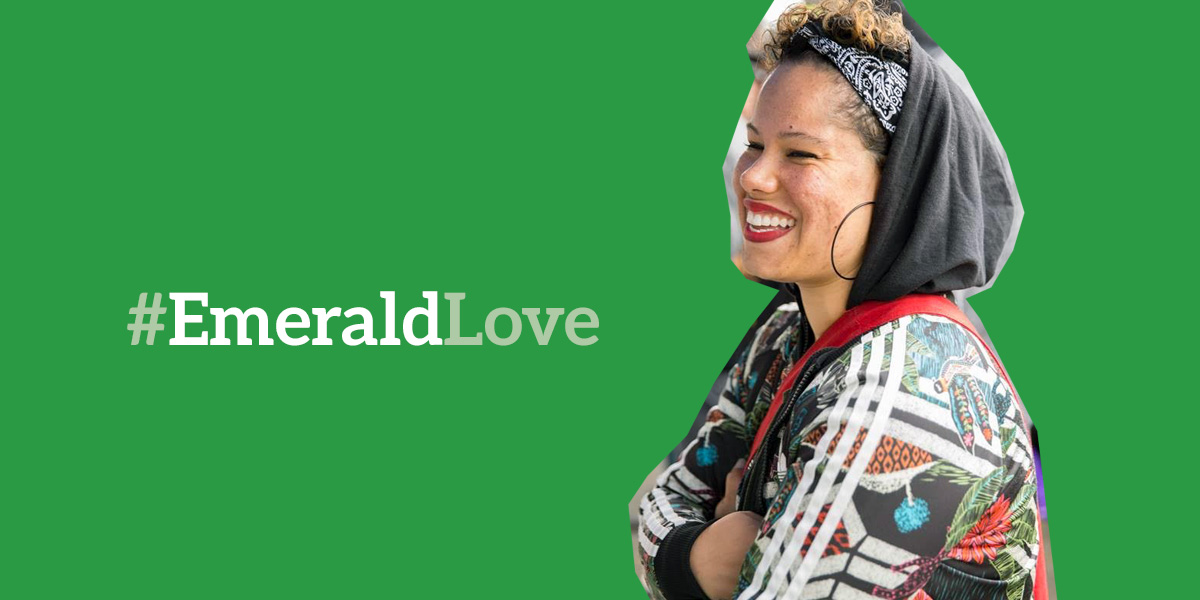 For Oliver, the Emerald is a crucial tool for a community embracing its power exponentially. “We were always empowered,” she asserts. “Now it’s us actually manifesting what that power looks like…”

In addition to her organizing work and personal artistic pursuits, Oliver is a writer-in-residence with Writers in the Schools at Washington Middle School and Franklin High School. She also leads writing workshops with Arts Corp at Garfield High School and is a teaching artists and case manager with Creative Justice, an arts-based alternative to incarceration.

If, like Nikkita Oliver, you’ve been empowered by the Emerald, make a donation today so we can continue our work!

Featured image: photo by Alex Garland, adapted for this campaign