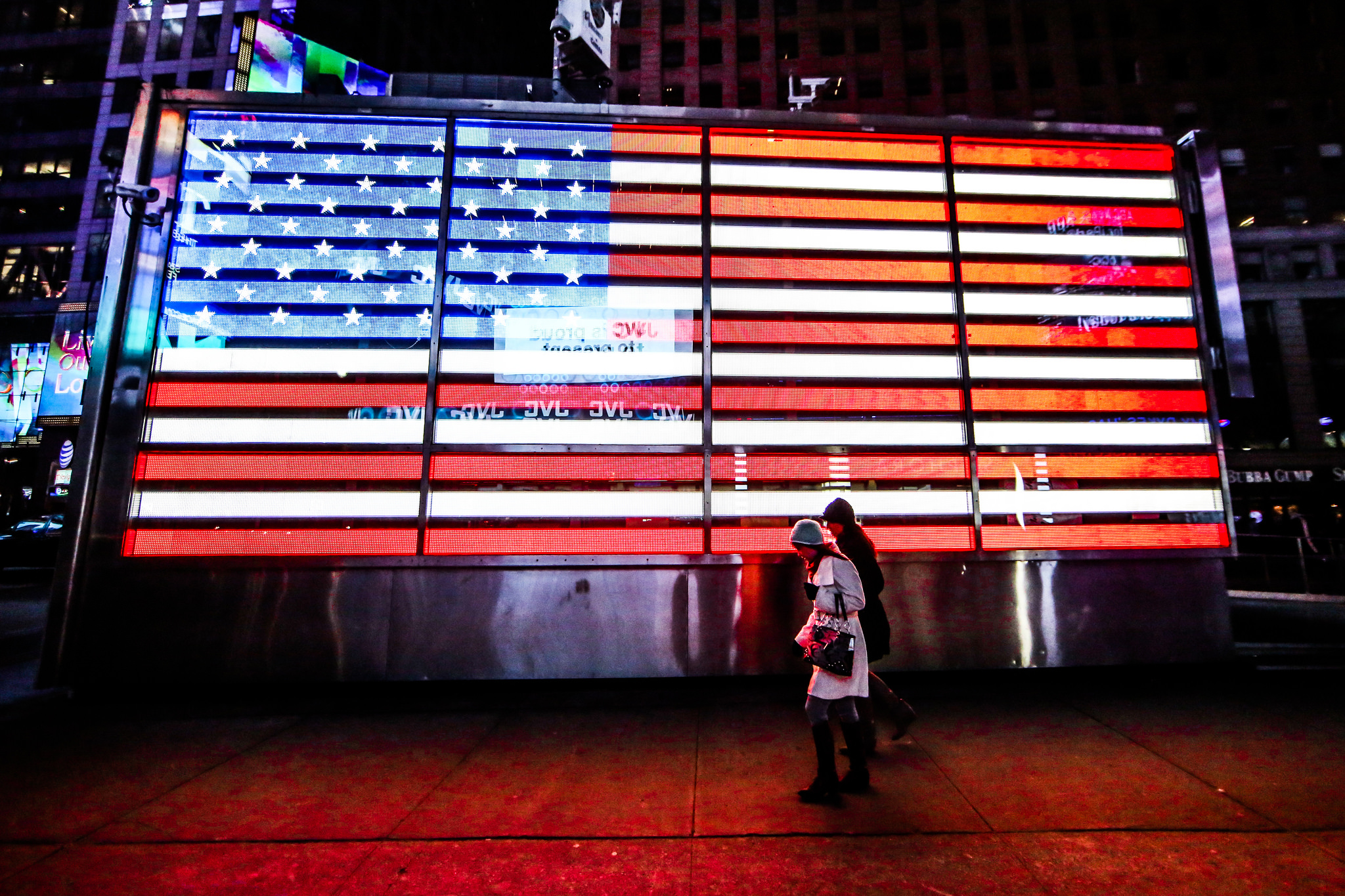 When the election night unfolded, an entirely full Seattle link was, for perhaps the first time ever, dead silent. And as Americans experience raw, intense emotional reactions to the next president, this nation has been and will fundamentally always be its people.

One of those people is Rashad Barber, Block The Bunker activist and community organizer.“Moving forward — even when I said this the day after,” he began. “This isn’t the time to get frozen in fear.”

While Barber felt none of us can plan for what’s to come, he did suggest multiple steps we need to take.

“Maybe we need to take a moment to take a couple deep breaths and view it as a wake up call,” Barber said. “One none of us wanted to have, but one we’re having now anyways.”

He said everyone needs to check in with their loved ones and with their community, especially those who are marginalized. People across the U.S. will be, and are, facing harmful reactions to this upcoming presidency. Indeed, there have been multiple reports from California to New York about increased hate crimes and open racism.

Next, Barber says, with all of the high nationwide emotions, “we need to have some sound thinking as we move forward.” He suggests creating safety plans, formulating ways to be resilient, and defining who allies are — not just in political movements but in many different spaces.

“I think the safety part will be developed as we come together,” Barber said.

He noted that people in working class jobs, in rural areas — and especially women of color — are among the most vulnerable.

“Communities are not even comfortable calling the police,” Barber noted. “There needs to be some time [spent] dealing with the trauma that’s producing in communities. There’s people right now who are afraid of walking in their neighborhood, feeling isolated, and don’t know who’s safe and who’s not.”

Indeed, all the way over in Florida, 60 year-old Barry Scott said he’s been afraid to go outside. He’s Jamaican, and a legal immigrant since 1974, but he just got his citizenship this year. Like many millennials, this was the first election in which Scott could vote.

“I’m literally scared to go out,” he said, after stammering to prepare what he was going to say. “I go out when I need to. Because I’m really, truly scared, because of what’s going to happen, and in the last two years or so with the police brutality. I mean, it really is no joke.”

Scott said he used to go out for a leisure drive or run to the store. Now he doesn’t do that.

“I cut down the amount of time I spend outside because my way of thinking is the less you go out, the less chance you have of encountering some kind of deadly force,” he said. “And that kind of ties right into Trump because he’s so aggressive with minorities. That maybe that will be the world officers…I have nothing against cops or anything, but you never know if you’re going to encounter that one or two percent that fears a minority. It may end up very bad.”

In other words, he may end up dead.

While many people in the U.S. are saying “it’s just an election” and “he’s just the president” these same people are mostly ones who don’t quite understand how it is to live in a world of constant danger, and then have that exponentially heightened.

For Scott, he was always legally allowed in America, because he came when he was a kid: “I’ve lived here longer than I’ve lived anywhere else and that’s very common with a lot of immigrants.”  But still, Scott knows families who don’t have that virtue.

“I’ve heard people talk about not being comfortable seeing a cop car and constantly having — they just worry constantly,” Scott explained. “That’s the biggest part of their existence. They think about it constantly, day in and day out. Even though I’ve never experienced that, I know people who have, and I know how devastating that is. To just think you can be picked up and shipped off, or you or your mom or your sister.”

The concept of immigration is especially worrisome considering that Trump’s first 100 day plan includes the construction of a wall at the Southern border, provided Mexico reimburses the U.S. for it. This would be perhaps the most tangible version of anti-immigration to date — aside from the Immigration and Customs Enforcement’s bed mandates.

“As folks of color, marginalized people, we have a long history of dealing with oppression around the world and here in America,” Barber said. “But we’re still here. The people before us made it and we will make it through. But that really depends on us if anything bringing more attention to each other and our communities and how we can develop our social relations to keep us safe. And then from there, organize for the needs of our communities.”

Barber argues that people’s resilience is not dependent on the system, but on each other.

“A people’s movement is coming,” he said, “but I’ve seen this growing since Occupy Wall Street.”

That happened in 2011. Two years later, Black Lives Matter began after Trayvon Martin was killed, but hadn’t quite picked up steam until Michael Brown’s killer, Darren Wilson, wasn’t convicted in 2014. Now, there’s talk of people expecting something equivalent to the Civil Right’s Movement.

“I feel like it’s totally appropriate right now,” Barber said. “It’s the most necessary thing we need. I feel like this is something that was in the works before Trump, before the election cycle.”

People have already began rising up, protests have clearly already been culminating — on various topics. While these things haven’t elevated to the level of 1968, that movement and social action didn’t happen in just one year either.

“People are calling for huge social change all over the country, plus other countries around the world,” Barber noted. “I think we’re seeing something very similar happening right now.”

He explained that the very fact that Trump and Sanders — two candidates who were running on anti-establishment platforms, and even broke away from their established parties — were so popular proves people are fed up with established politics. But Barber did express some concern over the election cycle and campaigning having started a whole year before elections. And, of course, he had issues with Trump’s hateful rhetoric.

“The mere fact that he was a candidate for the republican party was worrisome for me from the get go,” Barber said. “But I think I was very worried by these statements, and emboldening of a part of America’s dark psyche. It’s definitely always been there…but in more recent years, it has kind of been covered up or had a veil over it, and I feel like Donald Trump is the unveiling over this segment of American society.”

Barber felt that Trump appeals to a disenfranchised population of poor whites, and rural whites. He also wasn’t surprised, afraid, or devastated when he realized Trump won. Noting the neo liberal policies that Clinton espoused, Barber didn’t feel like the democratic candidate was the better option.

“Militarization happened under Obama,” he said, “and that was going to continue under Clinton.”

Scott also didn’t like Hillary, but said he was more concerned about Congress, the Senate and the House. He also noted that he thinks about the economy.

“In Michigan, [where Scott once lived] it is just so devastating there,” Scott said of one of the poorest places in the country. “It’s a different time, jobs are not coming back. And I think that’s the reason why [Trump] won. It’s going to be interesting to see those promises. It just doesn’t make sense, but when people are desperate they will hang onto anything.”

But, if there’s one thing Scott is proud of, it’s the young people, he said.

“It’s kind of like you read about the civil rights movement, and you see those prominent names, and you kind of wonder, what was it like for them to step out and constantly be doing work, protests, the marches,” Scott pondered. “I think these young people, and I mean just young kids, they just decide this is what they’re going to do. It brings me to tears sometimes when I see them. Just protesting, and not giving up, and doing the work. I’m just so proud. And that includes all the movements. It’s not just the minority groups that I admire. Just young kids, from varying backgrounds. And that is so encouraging, and so in spite of everything, you say, ‘wow, young people are really taking the side where they need to, they’re not backing down.’”

Barber is certainly one of these young people.

“We need to really learn about what community means again, and not just talk about in theory the idea of it,” the young leader said, “but create those serious relationships that can keep each other safe and accountable in a time when we have politics going on that aren’t valuing our lives and our needs.”

One thought on “From Florida to Washington: America’s Future”