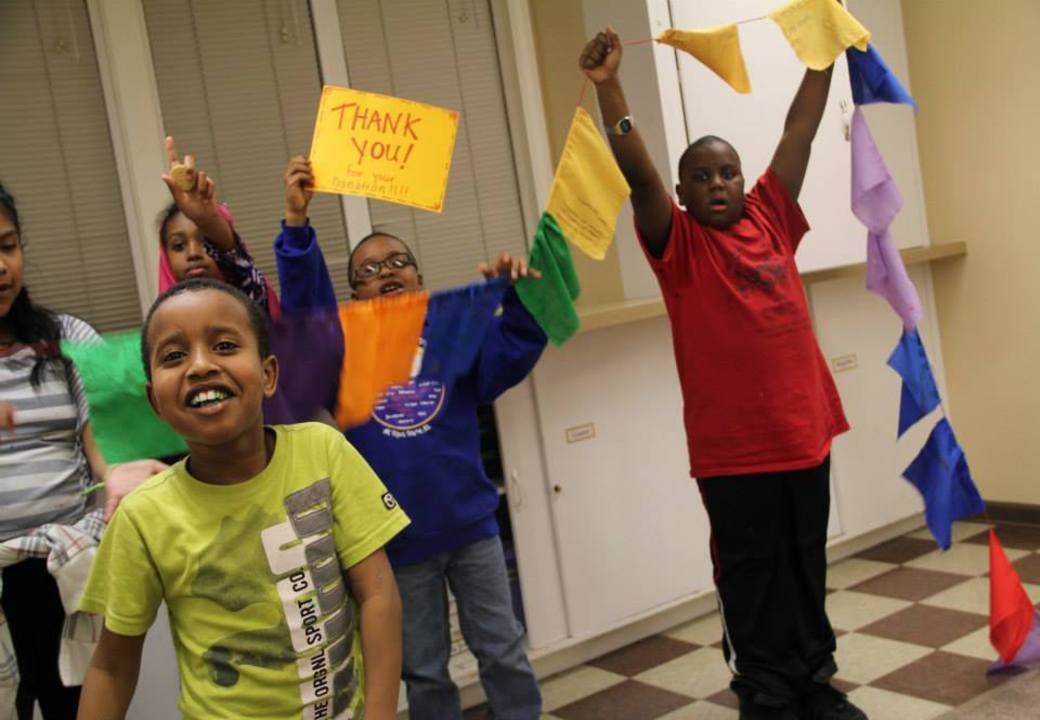 At work last Wednesday, a palpable gloom thickened the air. I don’t know the political leanings of all my coworkers, but it was easy to spot those disheartened or shocked by the outcome of the election. We shared stories of Election Day parties that went from cautious optimism to teary wake as the exit poll numbers showed what is now the stark reality: President Trump.

Being a Wednesday, I was due at the Lake Washington Apartments that evening to work for an hour with one of my students at the Youth Tutoring Program (YTP). Many of the kids enrolled at that location are from immigrant or refugee families. Many are of the ethnicities and faiths that Trump has disparaged, criticized or openly threatened with deportation—girls and boys who came here with their parents seeking safety and a future.

During the 2012 election, I volunteered for the YTP summer session and worked with three preteen boys: two from Somali Muslim families, the third with roots in Central America.

We were doing a project about the election and they asked who I was going to vote for. Curious as to what they would say, I asked: “Who do you think I would vote for?”

“Romney” they said in unison.

“What makes you think I’d vote for Romney?”

There were screwed-up smiles and nervousness as each of them tried to figure out how to answer.

“Because you’re white,” said one of the boys.

“You have the same hair!” said another, laughing.

Okay, first that hair comment. Ouch. But I laughed along with them and we discussed the candidates, why skin color has no bearing on how you vote, and how I’m really going for more of a Jimmy Stewart thing, but whatever.

Back to Wednesday night, the day after the 2016 election. The student I work with on Wednesdays takes a specific joy in criticizing Donald Trump—especially his hair. And I fully anticipate he’ll have something to say about the election results. But he doesn’t bring it up. I don’t hear any of the kids talking about it. From what I observed, the children treated it like any other night at the center.

So I ask as my student: “What do you think about the elect-“

“Don’t even say his name,” he says, cutting me off.

Our exchange barely goes beyond that before we’re back to homework and fidgety asides about his sports heroes.

At the suggestion of our center supervisor, I’d read this Huffington Post piece with  recommendations on how to talk to children who are anxious about the future now that Trump will be in the Oval Office.

I haven’t had a chance to try any of those ideas yet. Perhaps on Monday when I work with my other student, who, like many of the kids in the Lake Washington Apartments tutoring program, is a Somali Muslim. He too has a keen awareness of this election.

How will I answer him, or any of the other students there, if they ask how a man can rise to the nation’s most powerful office with a campaign steeped in xenophobia, misogyny, and fear-mongering? I can’t drag my feet and mope—there’s plenty of that happening at my day job where the adults feel a sense of freedom to let the aftershock continue.

Eventually the topic will come up. Because these kids are curious, they’re aware, and they know the tutoring center is a place where it’s okay to ask big questions. This will shape their worldview. And I want that worldview to have more hope than fear, even if the newly elected leader of our nation won that position by using a litany of talking points from the playbook of intolerance.

At work, the mood is still grim. I’m part of a team whose reputation and value hangs on creativity, but few are feeling inspired. Still, there are deadlines to meet and projects to complete. Yet at the tutoring center, just one day after we chose our new president, it was an oddly typical Wednesday. My student had a productive hour. I was happy for the distraction of algebra and Earth science.

The inauguration will happen soon after winter break. The other shoe will drop, and President Trump will be sworn into duty. I anticipate questions and comments from the kids at the Youth Tutoring Program. And I’ll answer those as best I can, if I can. I don’t know what I’ll say. What can any of us say?

Kris Kendall is a Rainier Beach resident and former journalist