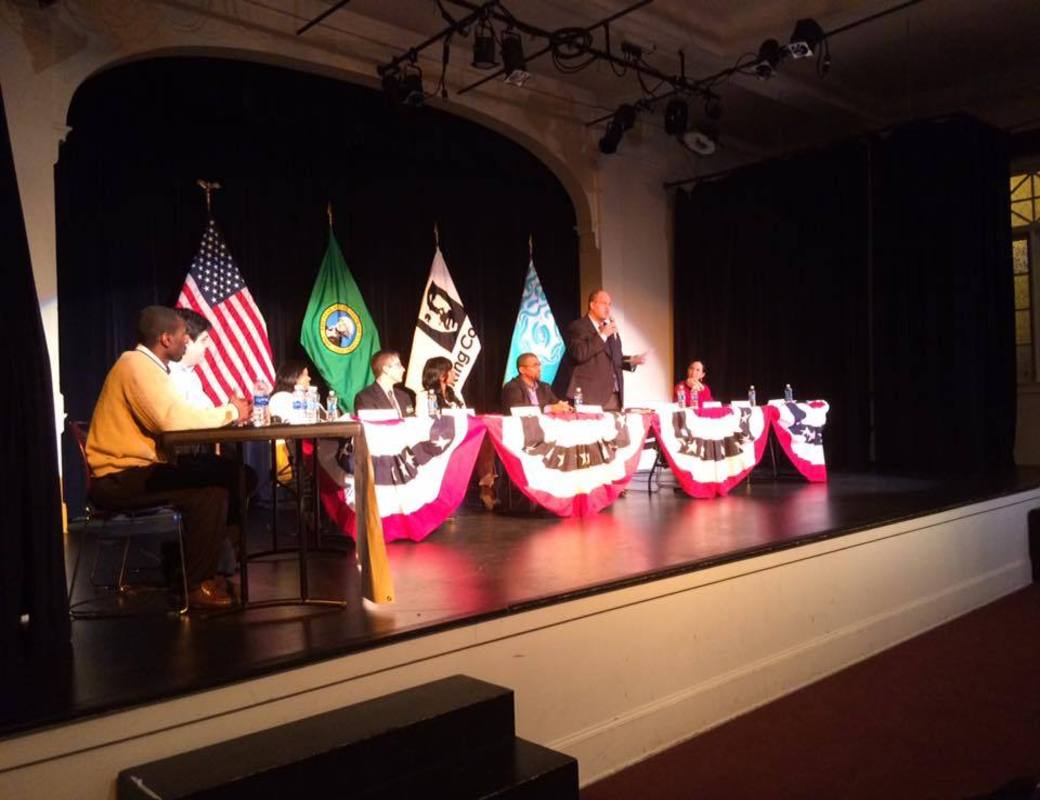 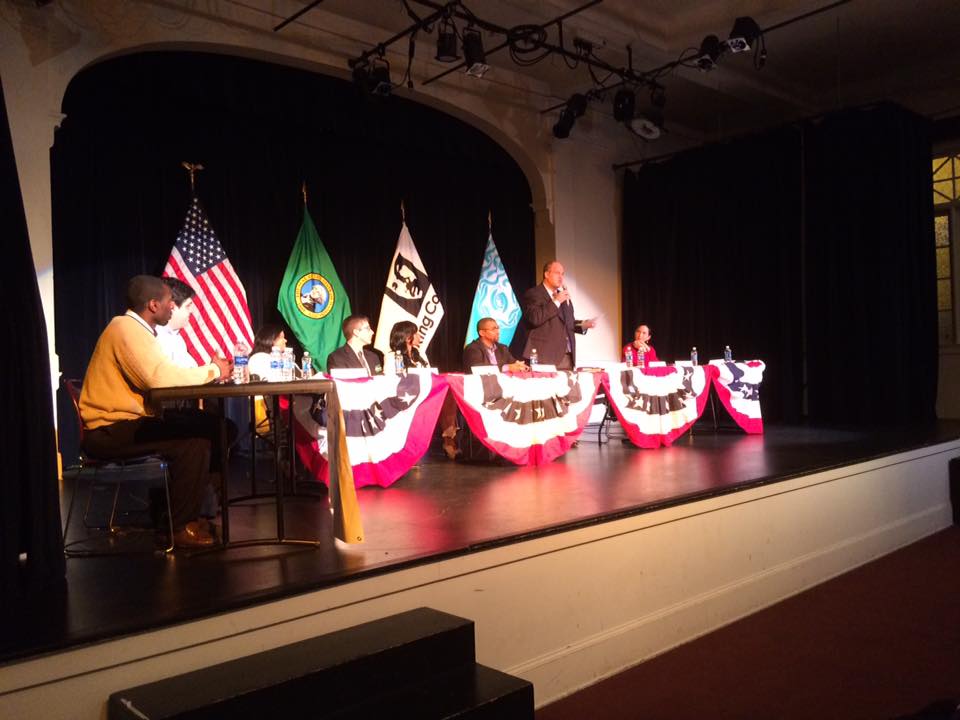 On Friday night, seven candidates sat on stage at the Rainier Arts Center to make their case as to why they should replace Pramila Jayapal as the 37th District’s state senator. In my opinion, only two of them emerged near the forefront.

Wineberry unfortunately took a pretty large hit from the get-go: In his opening remarks, he noted the passing of his sister, but also said he had only heard about the debate that very day. He was the only candidate who insisted on standing up every time he spoke.

In my estimation, Stafford ruined his chance the moment he compared the fight against climate change to slavery. He also talked in a very itemized fashion throughout the night, which made listening to him a bit difficult in terms of engagement.

All were asked how they would go about remedying the homelessness problem at the state level. Stafford’s response noted Washington needs better foster care, and a better way to address mental health. Wineberry said the state has to make it so housing is easily accessible to those who need it. Saldaña responded with affirming a Housing First model. Cotto, who regularly referred to his time as a local football coach, said the homeless “don’t need programs, they need money.”

Conrad, however, took this question by storm with one simple answer: “I believe housing is a basic and fundamental human right for all.” She also noted that there are a ton of measurements and metrics from multiple areas, but they’re not coordinated. She also advocated for Housing Trust Fund investment.

Later on, Wineberry insisted that he was the only one who knew how to negotiate across the aisle. Secrest agreed with the need to do so, saying “getting to yes” and “common grounds” are a necessity. Conrad mostly agreed.

Cotto noted that he’d spawn a relationship with Republicans by focusing on agriculture. Stafford said he would be willing to bargain, but noted that he wouldn’t be able to work with Sen. Doug Ericksen, however, who is proposing a bill essentially banning protests.

Skyway, Wash. was specifically brought up to the candidates, asking them what they thought were the major concerns of residents of the area, which is unincorporated King County.

Saldaña noted economic development and grocery access. Conrad pointed to rising housing prices and displacement as major concerns. O’Sullivan said the county is not adequately providing for Skyway, and said it should move towards incorporation.

While Secrest agreed, she noted crime enforcement as a concern, and that the community wants to repurpose vacant storefronts. Cotto also reiterated incorporation. Stafford said K-12 funding is a major Skyway concern, as is public safety and economic development. Wineberry agreed that K-12 education is the most important concern of Skyway residents.

All of those running noted that climate change is perhaps the most important issue of our time, but O’Sullivan specified that he prefers cap-and-trade over a carbon tax so as to hold corporations and large businesses more accountable.

At this point, Saldaña brought up her recent endorsement by Sen. Jayapal, who was elected to congress in November, and also took a moment to mention and recognize the water protectors’ work attempting to block the Dakota Access Pipeline.

Candidates were then asked about the concerns of Renton residents. The 37th District includes a large swath of the city.

O’Sullivan responded by talking about Boeing and the big company’s history of moving headquarters and jobs out-of-state despite promises against doing so. He wanted to do away with tax breaks that don’t include accountability clauses.

Closing remarks were as follows:

Most in attendance seemed to gravitate towards Saldaña as the top contender, however Conrad gave an impressive showing on the night, that peaked many people’s interest.

While O’Sullivan is certainly working on all points, he will likely not get nearly the public gathering that Conrad and Saldaña have and will get. The rest of the candidates were by no means as horrible, and made you wish we had such options at the presidential level, but it was nonetheless clear who came out ahead.

Hassan Diis, an audience member and Precinct Committee Officer who will cast a vote to decide which one of the candidates will replace Jayapal on Monday at the 37th District Democrats meeting, felt like most of the contenders were pretty run-of-the-mill.

“It’s all the same [B.S.],” he said. “There’s no new initiatives. We need someone to push…But I see and feel there are some good candidates.”

Featured image courtesy of the Rainier Chamber of Commerce