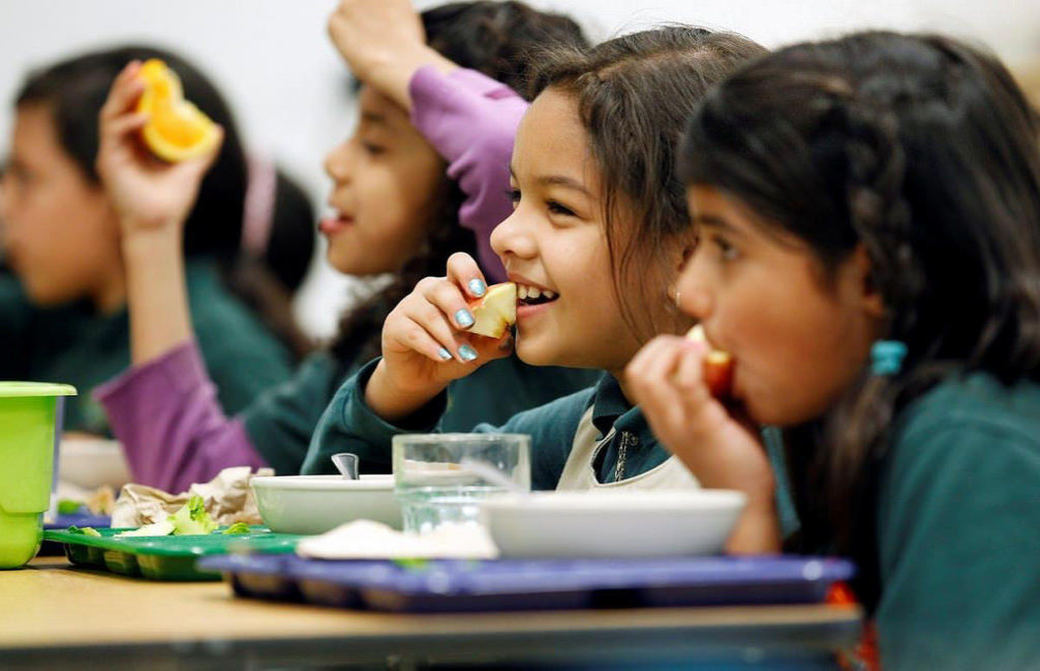 It was one of those crisp winter mornings when nothing was going according to schedule, and I was 15 minutes late to our meeting, cursing myself for how unprofessional it was. I had gotten caught up talking to a client at my job at a homeless shelter and was worried Tyra and Angel, the Seattle Public Schools staff I was meeting with, would judge me for my tardiness.

Instead, I found the two women laughing as I profusely apologized. “Believe me, we know what it’s like,” Angel reassured me. “When you’re trying to help someone, and you’re really in it with them, time isn’t really relevant.”

Tyra Williams and Angel Graves are no strangers to being “really in it” with families in crisis, and they work tirelessly to compassionately assist families. They work at Seattle Public School’s McKinney-Vento department, a national program designed to assist students and families experiencing homelessness. Since one in every 18 students in Seattle Public Schools is experiencing homelessness, assisting families in transition is no easy feat (over 7,000 students are homeless county-wide). But if anyone can do it, it’s Tyra and Angel.

I first met Tyra and Angel when I reached out about an African-American student I was working with who was being discriminated against and disciplined harshly due to being one of the only kids of color at his school.

Tyra and Angel were quick to empathize with the injustice and immediately instructed me to contact the district’s discipline Ombudsman and a host of other organizations that could help. I immediately trusted their evident experience and passion. They are both products of Seattle Public Schools and have kids that attended school in the district, and are acutely aware of the racial disproportionality within Seattle Public Schools.

“I mean, you can look at the stats, 87% of kids experiencing homelessness in our district are kids of color.” Disproportionate discipline is a huge issue in our district as well, so the McKinney-Vento office is pushing for alternatives to punitive discipline, such as restorative justice and trauma-informed care.

“Especially for our homeless students, pushing them out of school with suspensions or expulsions is just not right. If they get suspended, what home are they supposed to go to? We’ve been working with schools to better understand this and come up with alternatives when necessary, like in-school suspensions.”

Tyra has worked for Seattle Public Schools for over twenty years, as a Family Support Worker, behavior modification aid, and now as the McKinney-Vento Program Manager. She is a mother of three, and her youngest child attends Cleveland High School and is excelling in Running Start.

“I’ve always been a helper, and my value is really in education and family. Education is really the only way to move out of poverty, and as I continued my own education, I realized it leads to self-efficacy and living a full and healthy life,” Tyra shares. The school system can be extremely difficult to navigate, and Tyra is passionate about providing families with the tools they need to advocate for their children.

“I’ve seen the challenges of navigating the system first-hand with my kids as a single mom, so I know what it’s like. It’s crucial to support single parents and armor them with information and resources so their kids can be successful. I don’t sugar-coat anything either – I tell it like it is and set high expectations for families, because they can reach them.”

Angel chimes in that their department “doesn’t play” when it comes to injustice within the school system, and they are consistently advocating for equity at the district level. She also has first-hand experience with the system, as a mother and throughout her own childhood.

“I went through the same thing when I was a kid, moving around a lot, staying in shelters…school was my safe haven from all the craziness I had to deal with at home. I had to grow up so fast, just like the kids we work with…and here I am on the other side, breaking the cycle and helping other families navigate the system. It’s so rewarding to help make people’s lives easier, and I know how big a difference it makes to families when they feel like they have someone on their side who understands what they’re going through.”

“If you haven’t experienced it, you really won’t understand what they’re going through. You can’t.”

That’s exactly why Tyra is so cognizant when hiring and building her team. She recognizes the importance of “building a team to reflect the population” and prioritizes “personal experience, ability to relate, and compassion” over fancy degrees. Her recruiting efforts show; of her team of six, almost everyone is a person of color and/or has personal experience navigating the school system.

Her efforts shouldn’t go unappreciated; last week, I was working with a mom at the shelter who previously had terrible experiences talking to district personnel. She felt they were asking invasive questions, judging her family situation, and not assisting her. A few days later, Angel stopped by the shelter to talk to her in person, and the young mom felt much more supported and listened to, like “I was an actual person.”

Tyra laments that’s one of the biggest challenges she faces in her work: helping adults understand the sensitive nature and needs of family homelessness district-wide. There’s often misconceptions about why families are homeless (victim-blaming, prejudiced assumptions, etc), which translates to kids feeling unwelcome in the classroom or like they don’t fit in at school.

“Sometimes schools will actually think a family is lying about a student being homeless just because they have an iPhone or come to school in nice clothes. There’s just a lot of misconceptions out there, and not everyone is trained to build trust with parents so instead they shame or blame them.”

Tyra recognized the need for interdepartmental education and rose to the challenge. She produced a district-wide family homelessness training video and collaborates with other departments to educate about the realities of McKinney-Vento students.

I applauded her for taking up such a monumental task, knowing how hard it is to change adult’s stereotypes about homelessness through my own work.

“Hey, I come from a world of challenges, this is just another challenge we’ve got to take on,” Tyra laughs off the praise. Her modesty covers up the fact she stays at work until 8pm some nights, and often comes in on the weekends to make sure students’ needs are met.

“It’s all worth it when families reach out after a year or two and they’re on their feet. We know we played a role in that by providing them with meaningful solutions…you know, we try to build people up so they can be sustainable for a lifetime.”

“People are so appreciative of things we take for granted because they’ve been told “no” so many times by so many people…it really makes a difference in their life,” Angel adds.

Tyra learned years ago through her work on the front-lines at John Marshall High School that positive relationships is what makes the biggest difference to students in crisis.

“When kids used to act up, I’d take them on walks around Greenlake after school and really work to figure out what they wanted out of life, stressing education and how they were going to get there. Having me in their ear all the way around the lake was their form of punishment,” she laughs.

There’s no doubt those walks around the lake made a profound difference in the lives of students, some of which rarely received positive, one-on-one attention. Tyra shares she was at the beauty shop in Renton a few weeks ago with her daughter, and the store clerk kept eyeing her.

“I really think I know you from somewhere,” the clerk insisted. They realized she had been Tyra’s student fifteen years ago at John Marshall, often walking laps together around Greenlake after school.

“Oh my god, Ms. Williams! You were the best teacher I ever had!” The clerk exclaimed before turning to Tyra’s daughter. “You have the best mom, you are so lucky!”

Tyra was sure to give her former student her card before she left the shop, again pushing for the young woman to pursue her education so she can come work for Tyra at the district.

“That’s the most rewarding part…being that one person to show someone they matter.”

When asked what the community could do about the devastating high numbers of youth homelessness, their answer was simple.

While the fight for affordable housing persists, Angel, Tyra, and the rest of their team will continue to work relentlessly on the behalf of homeless students and families. Their passion, ingenuity, determination, and humor to withstand all the injustice they witness day in and day out is deeply appreciated.

One thought on “For Homeless Students, Transition to Housing No Easy Feat”