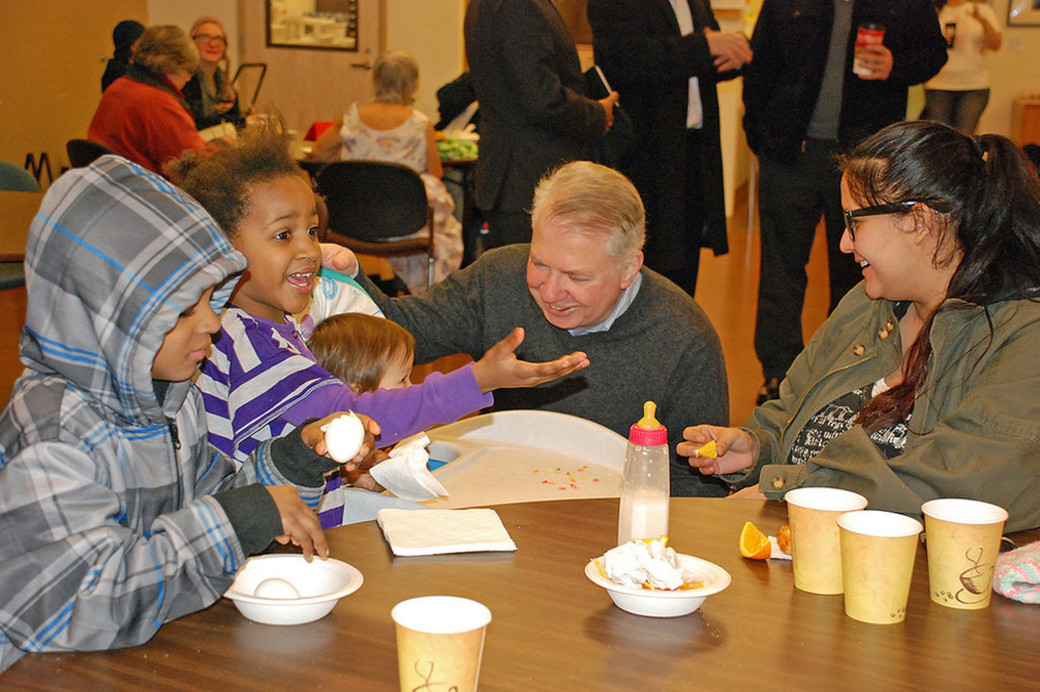 Note from the author: In 2015, Mayor Murray declared a “state of emergency over homelessness” in Seattle. In the most recent count, there are more than 7,000 kids experiencing homelessness in King County. Multiple funders and organizations came together to form All Home, a coalition to end homelessness. A “homelessness consultant”, Barbara Poppe, was hired last year to provide recommendations to the city.

My first time calling Family Housing Connection I was scared, alone, and in need of emergency housing services for me and my 7-year-old son. New to the state of Washington, I knew little about the local resources to assist single women with children. It was 2014, and I just moved up to Seattle from California fleeing a domestic violence situation with my son’s father. I came out here to live with my dad, but growing up in a domestic violence environment as a child that my father created in our home, it made it hard to connect with my father and for us to have a healthy relationship. Staying in his home was very uncomfortable and it eventually got so bad, I decided to leave and slept in our car with my son until there was an opening at Hopelink Shelter.

I heard about the possibility of finding housing through calling 211, so I called. I met with Family Housing Connection and was told it would take 2-3 months for me to possibly get into a shelter or transitional housing, and my immediate need for shelter could not be met. I was placed on a waiting list and told to wait for a phone call. I was so anxious to be away from my phone and miss that call – can you imagine what it’s like to sit and wait for answers while you and your child are sleeping in your car?

During that time, I was in the WorkFirst employment program and found employment as a janitor at an auto shop. I called 211 and told them about the change in my income, and shortly after I received a call from Lifewire, stating I qualified for their Rapid Rehousing Program due to my income change and being a domestic violence survivor.  I was told I had thirty days to find an apartment that was less than $1,100/month. Within those thirty days, I found it was extremely hard to find a landlord that would rent to me because of my felony conviction from over a decade ago, low credit score, and no rental history. I did not receive any guidance from my Rapid Rehousing advocate in the housing search, and was told if I didn’t find an apartment in thirty days I would lose my voucher. Luckily I finally found a landlord that was willing to work with me, located in Bellevue. I worked in Mountlake Terrace at the time, and wanted to find housing closer to my job, but I was going to lose my voucher if I didn’t take the housing in Bellevue. I had to commute for 4 hours every day by bus with my then 5-year-old son.  The stress was really hard on my son; he used to love going to school, but he was so tired from the commute and lack of sleep, he started to have behavior problems at school. I felt so guilty for putting him through so much instability, but I was trying the best I could to navigate the system.

I feel like they just rushed me out of the system of Family Housing Connection as fast as they could; I didn’t receive any therapy or help for the underlying issues that led to me being homeless. I have a lot of childhood trauma and have been through a lot of hardships (financially, emotionally, psychologically, etc), but I didn’t receive any healthy tools like therapy or life skills, so I fell right back into the same toxic cycle. I got into an abusive relationship with another partner, and he moved in with me. I was suffering from depression, making it hard for me to keep up with what I had to do. Before the relationship, I was motivated, working, and on the right track, but all the toxicity in the relationship really took a toll on my self-esteem. That stress combined with all the pain I’ve been through in my life compounded and really got me down. I was working as a home care worker, and around that time my patient passed away so I lost my job. My mother passed away unexpectedly around then too…it was a lot of stress all at once.

Rapid Rehousing doesn’t work because there’s all these unforeseen circumstances that can happen to bring you back down. I feel like all my hard work was washed away and Rapid Rehousing worked for a few months, but in the end made things worse. I was back to square one.

After cold-calling a bunch of shelters, I got into Mary’s Place, which had too chaotic of an environment for me and my son. We had to wake up at the crack of dawn, do chores, leave the shelter at 7 AM, go to another building to shower, and couldn’t come back until 5pm. I was doing online classes and had an internship at Hopelink at the time, and it was so hard on my son to have nowhere to go during the day. I called Safe Place in Olympia, and we ended up staying down there for a few months. If I would’ve waited for Family Housing Connection, I probably would still be out on the street with my son.

Throughout my year in Rapid Rehousing, I only saw my housing advocate a few times, and tried to reach out for her for help often, but I felt like she just wanted to finish her paperwork and get her check. She didn’t care about the other issues I was going through, and since she saw me working, she thought I could handle all the stress. I wish she could’ve helped with the domestic violence I was going through, or with housing when my year was up, but she just didn’t care. My advice to social service workers? If you’re just in it for a check, quit and find somewhere else to work. These are people’s lives you’re dealing with – it makes our lives worse if you don’t care.

I called to check up on my status on the housing wait list after two months, and they told me I wasn’t even in the system due to a data glitch. Really, a data glitch? All this money they say they’re going to spend on solving homelessness and we’re not even on the waitlist any more? This is my son’s livelihood on the line. I decided it was time for me to do some research of my own, and that’s how I got into the transitional housing I’m living in now. It’s so backwards though – if I was to go homeless tonight, I’d be out in the car with my son. There’s no immediate solutions through 211, and homelessness is an immediate problem.

The main priority of Family Housing Connections (now called Coordinated Entry) is to get people housed, but they need to deal with the issues of why people are homeless, rather than just give them a temporary solution. You’re dealing with people that have a lot of barriers, and if you don’t deal with the barriers, you’re going to have people that will be back homeless in a few months.

Lots of people need supportive housing with therapy, job training, education…something that is sustainable. Something to better ourselves. You’re not going to make it out here on a $12/hour job, even a $15/hour job, it’s impossible. There really are so many moms out here that want to move ahead in life, but we have to choose between working at a dead-end job or going to school to better our situation, but then we have no money to support our kids. It’s a lose-lose. Why not provide transitional housing while homeless moms are finishing school or something? Funders should focus on giving people the tools they need to be independent, not just a band-aid.

That’s what it is – a band aid to cover years of pain and trauma. How are you going to be able to do anything else if you’re not emotionally stable? We need counseling for kids too, because they’ve grown up in so much stress. They need just as much support as we do so they don’t end up like us. I don’t want my son to be a statistic like me or my mom. Domestic violence, in the system, relying on TANF…I grew up in those circumstances, became those circumstances, and don’t want my son to be in them when he’s grown. My son’s asked me, “Mommy, why are we homeless? When are we going to get a house?” Some days I just cry and cry over that.

I’ve been in the system since I was young; foster homes, juvenile hall, to incarceration as an adult. It’s made it very hard for me to function outside of a structured environment. Now, I do better when I have assistance and support. When I’m out there on my own I do good at first, but then I just fall off. I’ve been institutionalized my whole life. If I was given the tools to be independent when I was 18, things might be different, but instead of heading off to college when I was 18, I was just released from boot camp and thrown into a world I didn’t have any positive skills to navigate. I feel people look at me like I’m trouble, because that’s what I’ve grown up in. I don’t want my son to be institutionalized. I don’t want him to be in the system but fall through the cracks of it. I don’t want him to grow up in shelters, I want him to go to school and have more opportunities.

This is no joke. Housing Connections is not gonna solve that. For a woman to have to wait months with her child to get a roof over their head – even a shelter roof – it’s crazy. In a rich place like Seattle, kids shouldn’t have to wait to get emergency housing. It’s ridiculous. There’s abandoned buildings, a bunch of fancy condos, I don’t understand why we have to wait so long to get emergency shelter.

If you’re reading this and wondering what you could do to help, just talk to people about it. Educate people about the realities of family homelessness and reach out to people to help fundraise for solutions. We need to come together as a community and solve the housing crisis – there’s too many babies out here on the street to not.

Now tell me: can Rapid Rehousing address all the hardships I’ve been through? Can it fix the years of underlying pain that caused me to fall into the cycle of homelessness? If it can, I’m all for it. But I have a feeling we could do better.

Featured image courtesy of the Office of the Mayor of Seattle