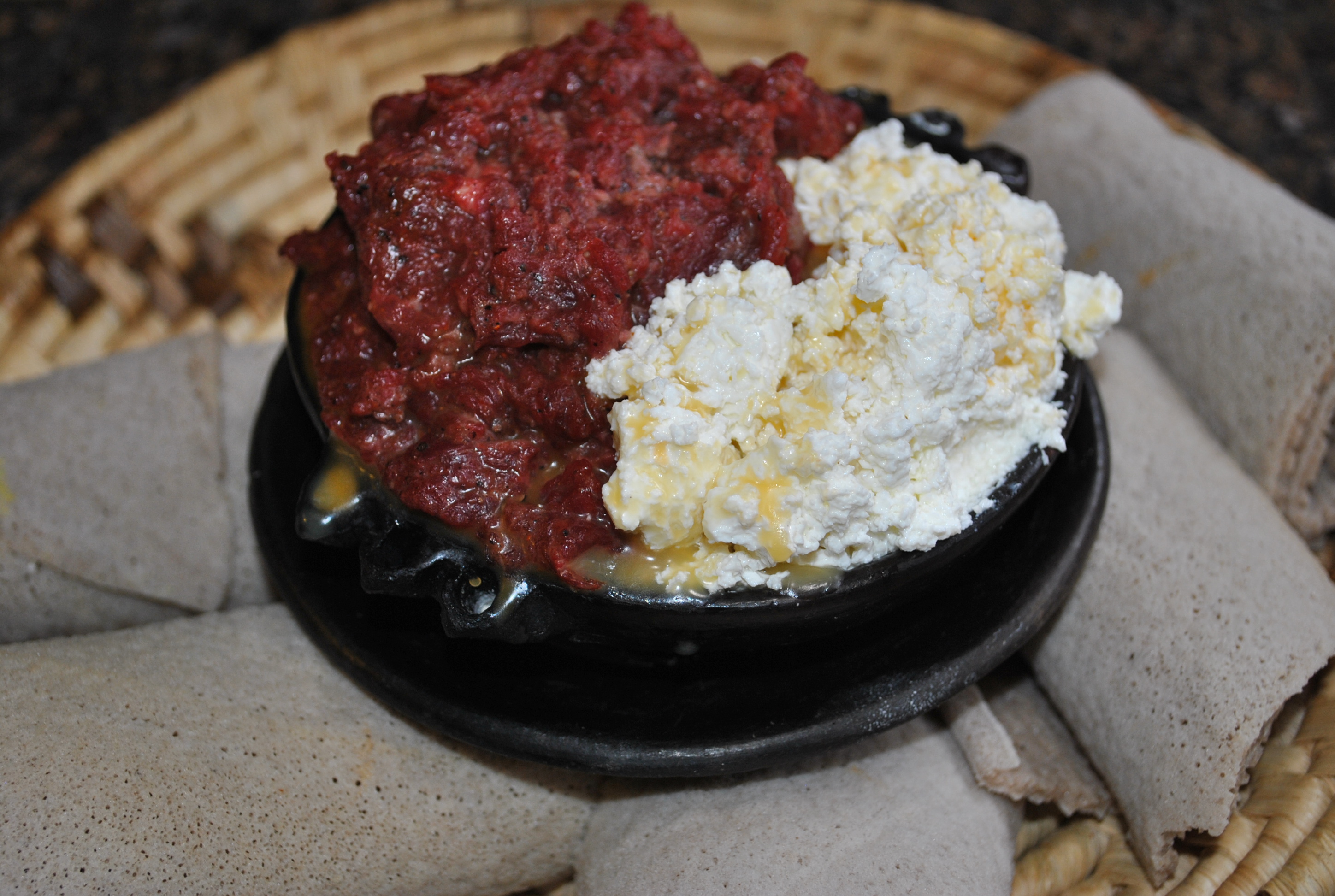 Ethiopian food is not a scarce commodity in Seattle’s Central District where I live. Not by a long shot. We’ve got options. In fact, it’s a much discovered and heartily enjoyed cuisine in Seattle’s culture. Vegetarians and meat eaters alike consume the richly stewed, strongly seasoned food in significant quantities.  And complaints are few about the spongy sourdough flat bread called Injera that serves as side dish, silverware and sometimes serving platter.

In South Seattle, there is a new option for Ethiopian food. Adu Café opened on the corner of Rainier Avenue South and South Orcas Street five months ago and proudly displays its “open” sign seven days a week. The colorful and rustic building stands out on the block with its brick façade and citrus colored window panes. Owner Haimi Ayele can be found cooking, serving and smiling in her restaurant every day.

She makes traditional Ethiopian fair including tibs, sautéed meat with vegetables, wat, a rich curry-like stew and kitfo, minced rare beef served with fresh Ethiopian cheese. Ayele says her beef dishes are a cut above, literally. Every Saturday she butchers a half cow. It’s a step above and beyond what most restaurants take and is very time consuming.

“I don’t mind the extra work,” Ayele says. “The meat is healthier, fresher and tastes so much better.”

But, there’s one dish served at Adu Café that might surprise most diners. It’s Lasagna. At an Ethiopia restaurant? Yes, and it’s good. Of course, there’s a bit of a back story.

Women traditionally do the cooking in Ethiopian homes. Ayele learned the basics like many young girls and then got her start in restauranteering by helping her dad out in his restaurant. But she says she knew she had talent, and wanted to learn more. She went to cooking school to get a more formal training in the industry. She learned techniques and practices of cooking Ethiopian food, and something else.

“Our cooking instructor, she was married to an Italian man, so we learned that cuisine too,” she says. In fact, she says Italian food is very popular in Ethiopia. Her Lasagna is the first Italian dish on the menu. More to come.

Meantime, Ayele is living a dream come true when her doors opened. Her first venture, a coffee shop, closed after the building where it was housed got new owners. She calls Adu Café “starting from scratch”.

She still serves coffee. Yes, lattes and espressos too. She makes her coffee from Ethiopian coffee beans, believed to be along the best and strongest in the world. You can even experience a traditional Ethiopian Coffee Ceremony, a cultural ritual that’s a sign of friendship, honor and marks special occasions in Ethiopia.

So far, her patrons are a mix of neighborhood residents wanting to try the new place in town — and many loyal customers who are fans of her cooking. She hopes to build her reputation for serving traditional Ethiopian food, plus coffee and if word spreads about her Lasagna that’s good too.

3 thoughts on “Review: Tradition and More at Adu Café”