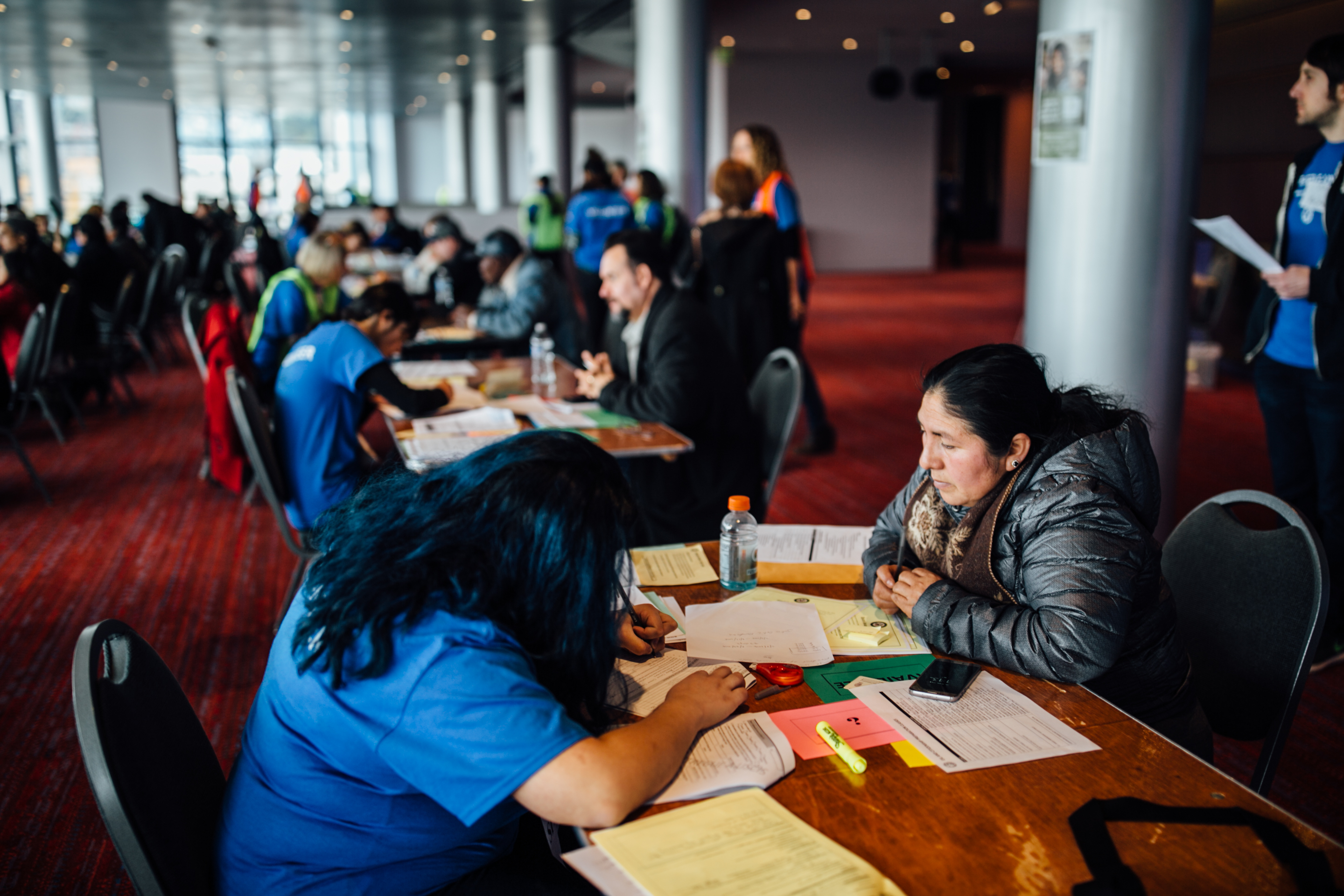 While headed down I-5 on Inauguration day, I drove under an overpass where a man stood, silhouetted against the rainy grey sky, waving an upside down flag, a well-recognized signal of dire distress. It offered an apt omen for many headed two miles down the road to McCaw Hall searching for family emergency planning services and “know your rights” training at the city’s third citizenship program, Seattle United for Immigrant and Refugee Families.

The program took place twice before, in October and December, but this time the Office of Immigrant and Refugee Affairs added services aimed at keeping undocumented immigrants protected in light of the anticipated crackdown on immigration by the Trump administration. Early Wednesday morning President Donald Trump signed an executive order to cut federal funding to so-called “sanctuary cities”- including Seattle.

“Our commitment is that regardless of where you are on your path to immigrant integration, we are here to support you,” said Cuc Vu, director of the city’s Office of Immigrant and Refugee Affairs.

New services included training on what to do in case of a run-in with Immigration and Customs Enforcement (ICE), consultations with immigration attorneys, and Mexican Consulate document services.

Despite the city’s intent to welcome and offer services to immigrants and refugees regardless of their status, not everyone felt comfortable attending.

“A lot of my friends didn’t come because they thought it might be a setup,” said Ceniza*, a US citizen who was attending a “know your rights” presentation on behalf of her friends. “They thought, ‘maybe they’re just trying to get everybody together and take them,’ that type of thing. Especially with the president we have now.”

Ceniza’s friend Rocio Chavez – who is currently undocumented and attempting to renew her DACA status – admitted she was pretty nervous about attending the event. “It was especially scary for me, just in case someone was waiting around here” she said.

As it turns out, ICE  already has a policy to prevent such scenarios. It’s called the “sensitive locations” policy, which ensures that “enforcement actions do not occur at nor are focused on sensitive locations such as schools and churches.”

The policy also covers sites during the occurrence of a public demonstration, such as a march or rally. Before the Seattle United for Immigrant and Refugee Families took place on January 20, Seattle Office of Immigrant and Refugee Affairs confirmed with ICE that the event fell under the jurisdiction of the sensitive locations policy, according to communications specialist Joaquin Uy.

Even if the event didn’t meet the “sensitive locations” requirements, seeking out locations with a concentration of undocumented folks “is not a practice [ICE] agents or officers follow,” said ICE Seattle spokeswoman Rose Richeson. ICE officers follow specific guidelines for apprehension, detention and removal of undocumented immigrants which prioritize threats to national security, public safety, and border security.

Both these policies, the sensitive locations policy and the priorities for the apprehension, detention and removal of undocumented immigrants were established under the former Department of Homeland Security Secretary Jeh Johnson.

But with a new administration comes a new secretary, and policies are always subject to change. Secretary John F. Kelly was recently sworn in as the 5th secretary of DHS after serving 45 years as both an enlisted Marine and an officer. “ICE will continue operating under established agency policies until and unless newly-appointed leadership provides different direction,” said Richeson.

Upstairs, a different scene ensued. A line, which began forming hours before registration opened at 12 p.m., trickled into a waiting room where Legal Permanent Residents (LPRs) awaited legal assistance for filling out the N-400 Naturalization forms. Anticipating a long wait, many brought snacks to munch on or paperwork to finish up. For the most part, people seemed excited and happy; a mother played cars with her son on the floor, one family started a game of cards, and two women jumped up excitedly as their names were called.

But not everyone shared the warm and fuzzy feelings. Even LPRs expressed anxieties about the new president. “I don’t know what will happen now, said Ana Mendoza, a woman awaiting help filling out her N-400. “When somebody speaks like that, you don’t feel safe. I never know… everything changed. Everything changed in a minute.”

Mendoza has suffered several work-related injuries in the last few years that have reduced her income. To improve her financial situation, she’s applying for citizenship and taking English classes in hopes of earning enough money to afford Certified Nursing Assistant classes.

Mendoza attended the event with her daughter, who is also in the process of applying for citizenship, and her grandson. “I’m scared (Trump) might refuse citizenship for me or my daughter. It’s really hard to think about, because we don’t have anywhere to go back to. We don’t have a house, or nothing at all, over there in Mexico.”

Mendoza’s family members are all citizens except for her and her daughter. She said events like Seattle United for Immigrant and Refugee Families help her feel safer, but she’s not confident it’ll last. “Right now they want to help,” she said. “But things change, everything could change.”

Not everyone shared Mendoza’s fears about the new administration. “It’s not really a concern for me,” said Jose Siero, who attended the event to support his brother, “I just came because I saw the event on Facebook and I wanted to save money on an attorney.” Later, he called me back over to ask if I was with the CIA.

The event served 1,300 attendees, with approximately 700 people attending family safety planning and “know your rights” training according to Seattle Office of Immigrant and Refugee Affairs’ Ethnic Media and Communications Specialist.

In the first few hours of Trump’s presidency, the event was a tone-setter for the City of Seattle’s attitude towards refugees and immigrants. With the addition of services intended for undocumented folks, the city followed through on the Mayor’s promise to keep Seattle a “sanctuary city.” Over 750 volunteers and 13 nonprofit organizations across Seattle/King County worked to put the event together.

In addition to the services offered on Friday, the city’s Office for Civil Rights launched a hotline for folks to report discrimination without direct contact with the police. Despite the city’s efforts, Chavez, Ceniza and Mendoza showed some people still had doubts about their safety.

Ceniza said now that she’s checked the event out, she’s hopeful more of her undocumented friends will attend the next one. She said if the city reassures people they don’t intend to turn undocumented attendees over to ICE, it may help them feel safer coming. “Maybe if they put it out there like that, people won’t be so scared,” she said. 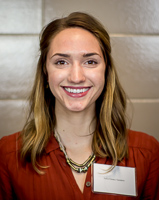 Julia-Grace Sanders is a storyteller who is passionate about human rights and committed to justice. Throughout her time as a journalism and human rights student at the University of Washington, she has reported on marginalized communities and the policies that affect them. Her writing connects social and global issues to foster informed and involved citizens. She strives to demonstrate how law and policy affect everyday people through writing, photography, and the occasional video.