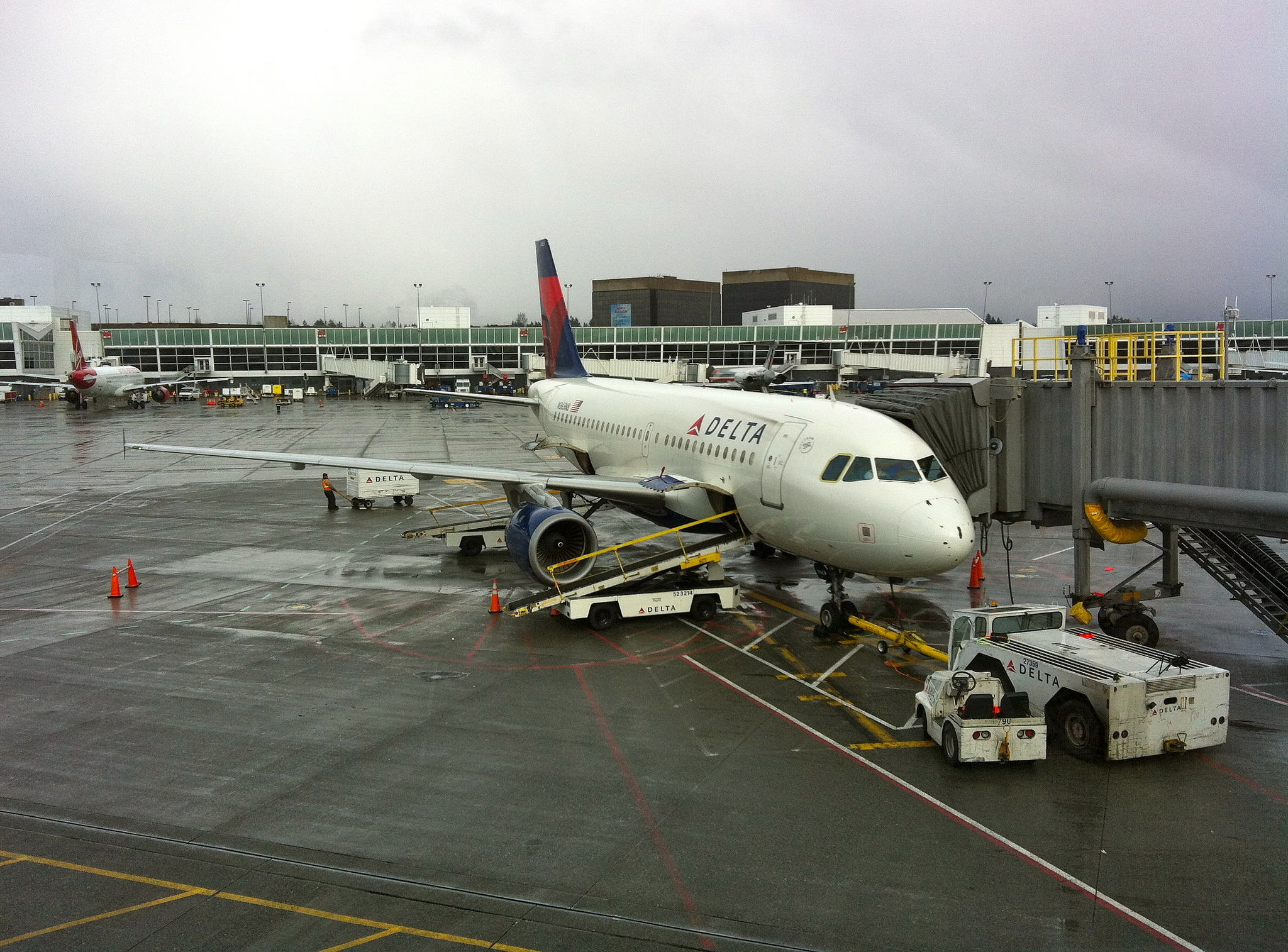 On Friday afternoon President Trump passed an executive order blocking the entry of all refugees to the United States for 120 days, and preventing the entry of all refugees from Syria indefinitely. The action specifically targeted individuals and families from seven Muslim majority countries: Iran, Iraq, Libya, Somalia, Sudan, Syria and Yemen, some of whom are green card holders and are now unable to re-enter the United States.

Protesters quickly took action across the nation, many flocking to international airports in New York, San Francisco and Chicago where groups of people, even children, were being detained with little to no information given on their plans for release.

KUOW first  reported that the number of individuals being held could be as high as 13, but it has since been confirmed that there were only 2 individuals at threat of being deported.

Governor Inslee spoke out in sadness and frustration over the administration’s actions, comparing the immigration ban to the internment of Japanese citizens on Bainbridge island in 1942. Inslee expressed frustration by the federal government’s lack of communication with airport personnel since the executive order passed. “This administration couldn’t organize a two car funeral,” he said in emphatically, also declaring the immigration ban to be unconstitutional.

Lieutenant Governor Habib spoke at length of his father who came to the United States from Iran in the 1970’s and subsequently worked and lived in the Pacific Northwest until his death last year. If another green card holder from Iran were to have decided to take a trip this weekend to British Columbia, Habib explained, they would no longer be able to re-enter the country.

“As the operators of this airport, we are deeply concerned that the abrupt nature of the executive order did not allow adequate process for public agencies such as ourselves to provide service that travelers and families expect and deserve,” said the Port of Seattle Commission in a statement released this afternoon. “One of the impacted families happens to live right here in this community, and happens to be employed by this airport.”

Initially, The Port of Seattle gave no information on the status of those who had been detained, but did say the individuals and their families were being offered access to legal support.

The detainees’ status became clearer at around 8:00pm when Western District of Washington judge Thomas S Zilly issued a temporary restraining order, along with a stay of Trump’s Executive Order issued by Ann M. Donnelly of the Federal District Court in Brooklyn, barring the detainees from being sent back to their country of origin.

Congresswoman Jayapal hailed the decision in a statement:

“This executive order was inhumane and undermines core American values. It has created confusion across our country, and thrown into fear and limbo families who await their loved ones and those who traveled across oceans. I am grateful to the ACLU of Washington and Northwest Immigrants Rights Project for their swift and principled legal challenges. We have won a temporary victory, halting the unconstitutional deportations of two people and keeping them from being sent away. Now, we must keep fighting.”

However, none of detainees have yet been released. An estimated 2000 demonstrators, including several prominent South Seattle based organizers, have continued flocking in droves to SeaTac airport, jam-packing the arrivals section and shutting down multiple exits in protest of the federal government’s actions as they chant, “Islamaphobia has got to go.” They continue to demand the swift release of the detained individuals.

UPDATE: 8:30AM (1/29/17):  The two individuals were released a little over ninety minutes ago. One of them is on his way to Las Vegas to a convention he was planning to attend. The other is with his family who were already here visiting other relatives. One of them is a Sudanese citizen who has lived in the UAE for more than twenty years and the other is a Yemeni citizen born in Saudi Arabia.  They were both arriving on visitors visas.

UPDATE: 11:42PM: Four demonstrators have been arrested, with reports that police officers released pepper spray on the demonstrators. The two individuals who were to be deported have been taken off of their plane, and are now currently in detention.

UPDATE 10:54PM: Demonstrators continue to pack SeaTac airport shutting down multiple exits. Many are saying they are prepared to be arrested.

UPDATE 8:05PM Western District of Washington judge Thomas S. Zilly issued a temporary restraining order which has kept two immigrants in limbo at Seattle-Tacoma airport from being turned away and sent back to their countries of origin.

UPDATE 7:00PM: The New York Times reports that a federal judge has ruled against President Trump’s executive order and has ordered refugees and other individuals currently detained in airports across the country should not be deported to their home countries. The Times writes that the judge, Ann M. Donnelly of Federal District Court in Brooklyn, did not go as far as to say that the detainees could be allowed into the country, nor did she comment on the constitutionality of the Trump administration’s actions.

Ellis Simani is currently a senior at Claremont McKenna College where he studies economics and government. He enjoys writing in both words and code, and hopes to use both mediums in his reporting at the Emerald. You can find Ellis reading books in the Columbia City Library or cycling through Rainier Valley and the South End.