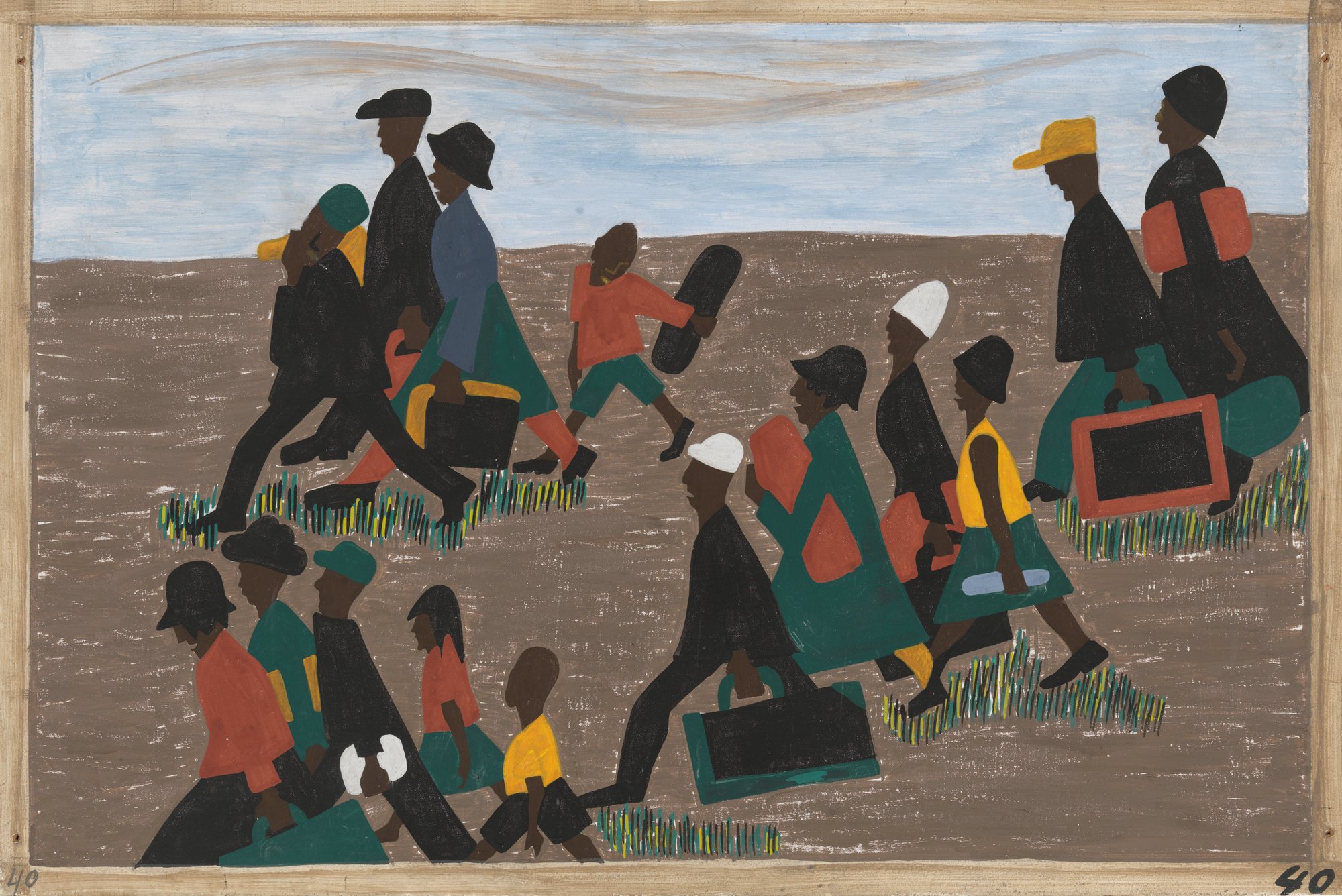 Skyway Library hosted an art talk Saturday regarding Jacob Lawrence’s “Migration Series” that is currently being featured at the Seattle Art Museum (SAM). The event was packed, full of elderly art connoisseurs seeking to learn more about Lawrence’s ground-breaking work.

The Migration Series documented the unique domestic migration of African Americans to Northern states seeking to leave discrimination from Southern states behind, and was produced after Lawrence developed his own artistic style of modernism produced in 1941. In part, displaying series today memorializes Lawrence, who passed away in 2000.

The event was organized by Laurie Finalyson, who is the Adult Services Librarian for the Renton and Skyway King County Libraries.

“My responsibility is to plan programs that will be of interest to the community and the libraries that I serve,” Finalyson said. “This particular program was suggested by one of our Friends of the Library, she saw that Jacob Lawrence was coming to the SAM this January and suggested it would be a good program to tie into it.”

Finalyson then contacted Tamara Moats, a current art history teacher at The Bush School, to speak at the event.

“It turned out she [Moats] knew a lot about Jacob Lawrence and would be happy to do a program,” Finalyson said.

Moats majored in art history in college, and spent over 25 years as a museum curator at the Henry Art Gallery and the Art Museum of the University of Washington.

“Art is the expression of the individual, the village, and the society,” Moats said. “It is born of creative and critical thinking skills, and the artist’s ability to contemplate the individual and the universe.”

Long before Lawrence’s show at SAM, Moats had the opportunity to work on the Jacob Lawrence retrospective at the University of Washington in 1998, and talked to Lawrence about his art.

“Those were very special moments, and I was honored to hear what he [Lawrence] had to say about his art,” Moats said.

Lawrence, whose work was characterized by his unique style of using crisp shapes and vibrant colors, was born in New Jersey in 1917 and eventually relocated to Harlem, New York. He is considered a pioneer for up-and-coming African-American artists during the Harlem Renaissance seeking to gain traction and recognition for their art.

Lawrence was the first African-American to join the prestigious Edith Halpert’s Downtown Gallery in New York City. He was also an art professor at the University of Washington from 1971-86 where he was beloved for his thoughtful ability to give students constructive criticism while helping them improve their work, according to Moats.

“Lawrence is a Seattle hero for having lived here for 30 years and contributed so much to the art scene and taught and influenced so many young artists during the ‘70s and ‘80s,” Moats said.

Finalyson believes the event had an outstanding turnout as attendees filled up the rows of seats.

“All of the programs have been good, but some don’t have as much as a draw as others,” Finlayson said alluding to the way “this one has generated a lot of interest, we’ve gotten good publicity through Skyway people”.

Moats also agreed, stating her willingness to possibly return for another art talk if requested.

“I thought the event was a great success with such a large and diverse group,” Moats said. “I don’t know about the future, but if they ask me to speak again, I will happily do it.” 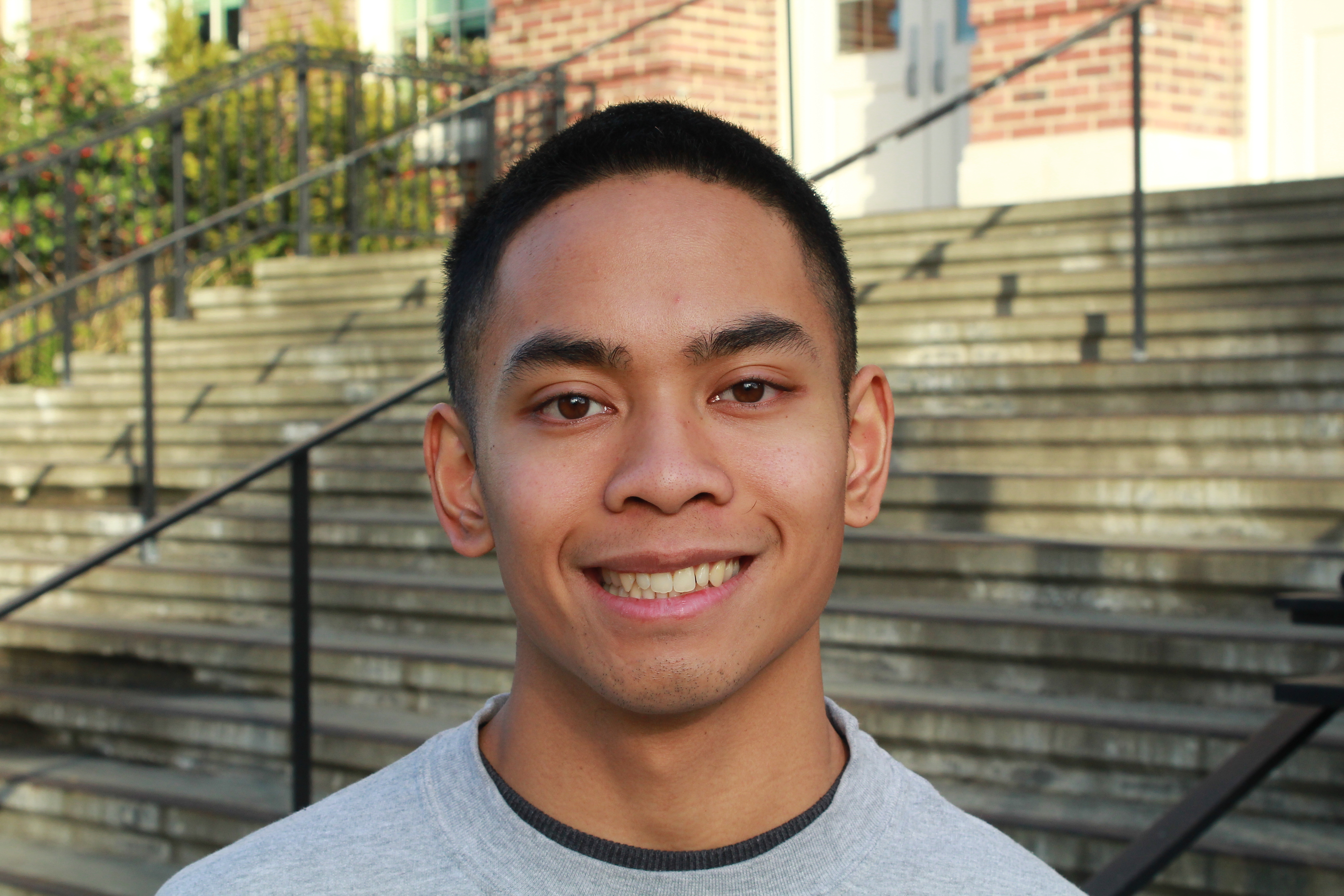 Ronnie Estoque is a senior at Cleveland High School in Seattle, WA. He is the current Editor-in-Chief of Cleveland Publications, which is the student-ran media group at his school. Estoque is eager to attend college, where he is planning to major in either political science or business while still continuing his passion for journalism. Born and raised in South Seattle, he currently lives in Burien and is an intern with the Emerald.