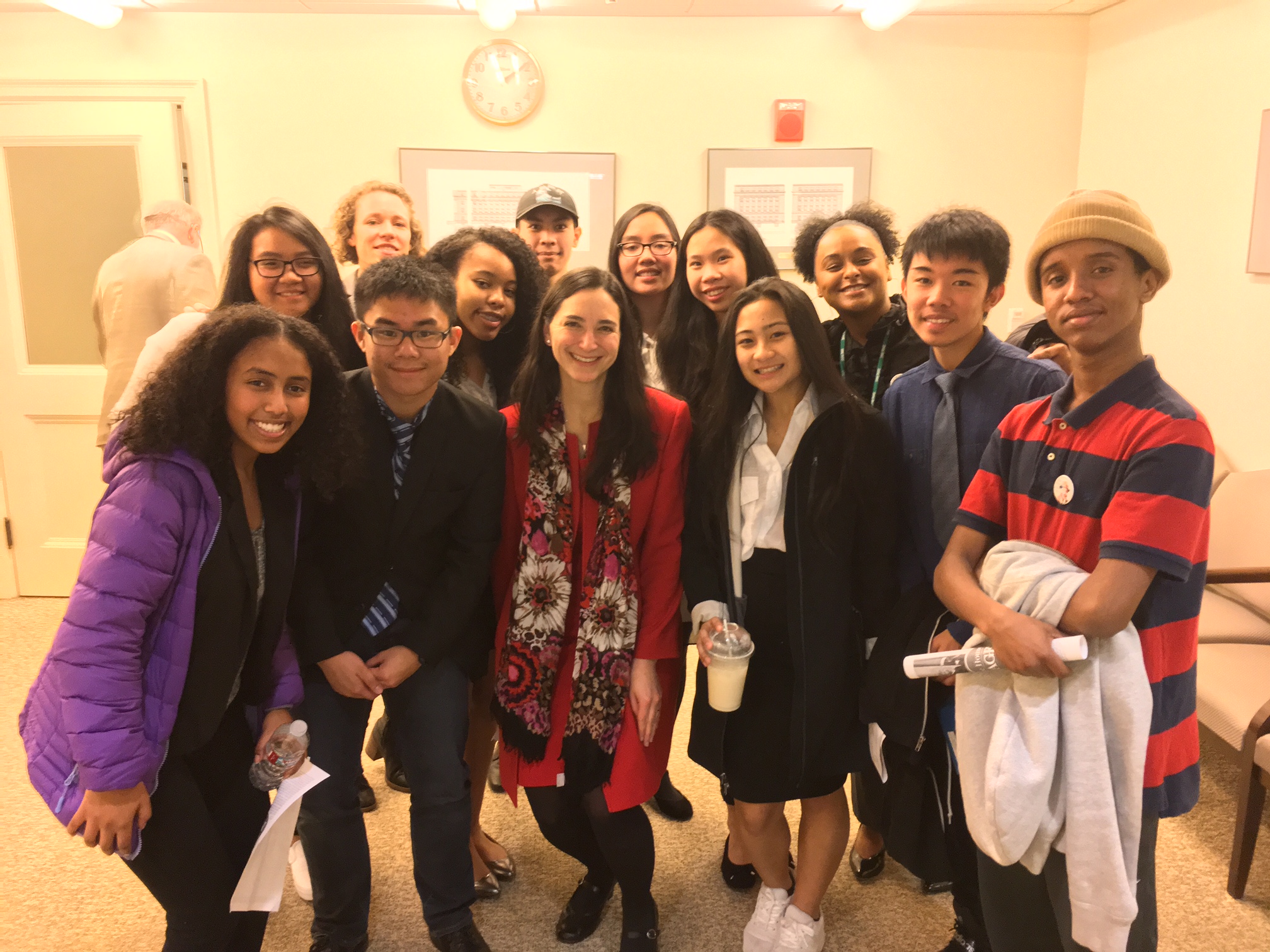 On a frigid day in late January, 10 members of 206 Forward- Youth Advocates of Seattle joined more than 120 young people in Olympia for the Legislative Youth Action Day. Youth came from around the state to speak with their state legislators about several issues from funding homeless services, equitable distribution of education funding, and police accountability.

Ericka Guan, a Rainier Beach High School junior and member of 206 Forward wrote about her experience in Olympia:

Youth action Day impacted me by believing and trusting that I can actually speak up for my own beliefs.  The most memorable moment for me was when I spoke with Representative Eric Pettigrew about police brutality.  It was scary but worth it.  I was completely ready to say what I had to say.  I had the confidence to talk to Eric about my personal experience and asked for his support in holding police more accountable.

206 Forward members also met with 37th District State Senator, Rebecca Saldaña.  She listened as they shared their families’ experiences of homelessness and encouraged young people to break down the barriers separating the homeless from the larger community.

Members of 206 Forward also expressed their concern over the Seattle Public School District’s impending budget cuts with 37th District Representative Sharon Tomiko-Santos.  She highlighted that while the state determines the amount of money dedicated to education funding, school boards are responsible for the distribution of funds within their district.

Tomiko-Santos asked members of 206 Forward if their parents had ever attended a school board meeting.  No one raised their hand.  She iterated the power of student voices at school board meetings in advocating for equal distribution of school board funds, especially for students whose parents are unable to attend such meetings.

Aden Afework, a junior at Cleveland High School, shared that she Youth Action Day inspired her. She was moved by the sight of so many other civically engaged young people, especially young People of Color, passionate and advocating for issues important to them and their communities.

While in Olympia, she quickly jumped into action with Gian Rosario, another junior from Rainier Beach, in rallying young people to comment in favor of a bill that would allow school districts to temporarily use local levies while they wait for the state to fully fund education.

This is the third year 206 Forward participated in Youth Action Day and was only able to do so because of strong community support including: Nate Robinson from the City of Tukwila- who was a lead organizer (including orchestrating a stay at the Ramada Inn and recreation time at the Briggs YMCA in Olympia), Tika Woods, Allen Aquino-who dedicated two days to driving and helping arrange logistics, Gwen Wessels- who made sure no one went hungry and Ron Mirabueno and the Seattle Parks and Recreation Teen Unit.