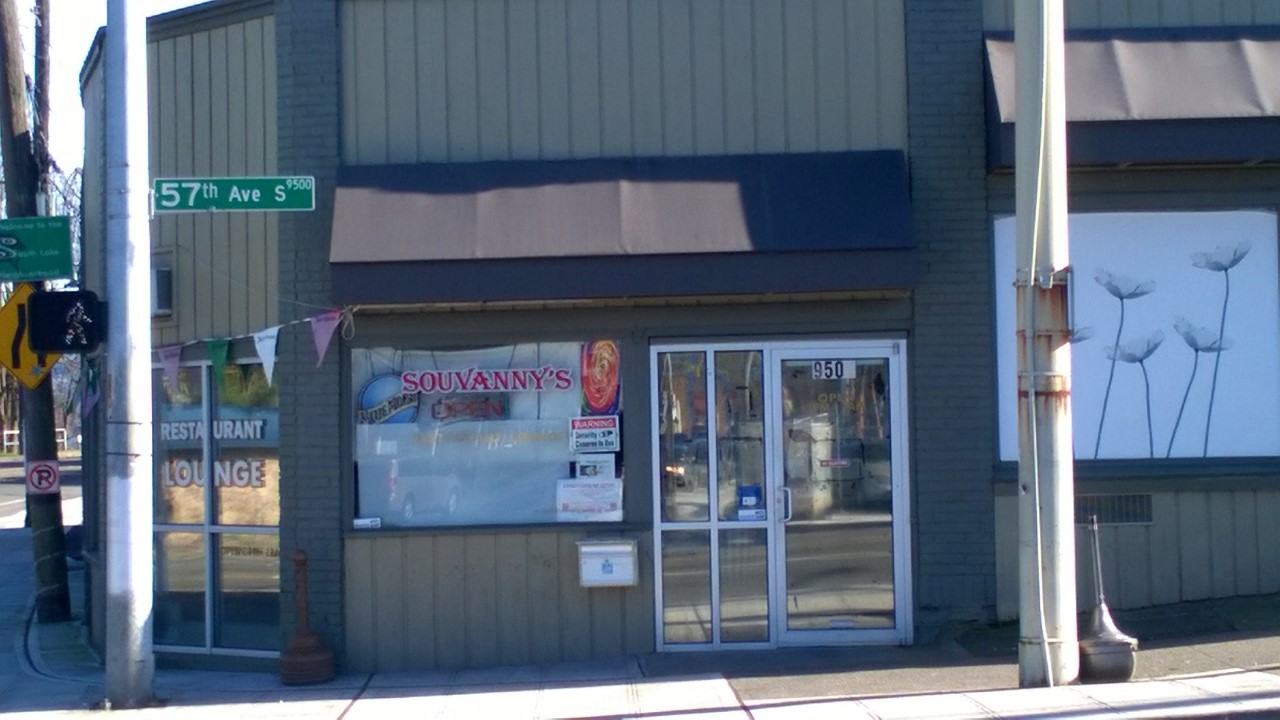 Local news doesn’t stop just because of the near constant stream of attention-grabbing headlines spewing from Washington D.C.

South Seattle, like other parts of this city, is full of neighborhoods in flux as economics and demographics continue to shift. What do the residents of Rainier Beach think of what’s happening here in their own neighborhood?

Armed with three simple questions, I headed to Souvanny’s on the corner of Rainier Ave S and 57th Ave S. If anybody had thoughts on Rainier Beach or South Seattle, surely the weeknight regulars at Souvanny’s would have something to say.

Halfway through my second beer, I thought I’d have to give up. A few curious people talked with me briefly, but none wanted to go on record.

Then a man named Robert walked in and saved the day. He was born and raised in Seattle and has lived in a variety of neighborhoods in the South End. Currently Robert, who is 55, lives in Beacon Hill and works in high-rise construction.

Between sips, Robert gestured with his hands to indicate Rainier Beach and the corner where Souvanny’s stands: “I remember back in the day this was a rural area. There were no sidewalks, there were no [paved] roads, just gravel.”

We dove right in with my first question: How do you see Rainier Beach changing?

“I’ve seen more diversity,” Robert said. He clarified that in some ways he doesn’t see a lot of change. Then qualified that by saying “I’ve seen property values go up, and people have to move out—of course the light rail has changed everything.”

I asked if he’s seen any positive changes to Rainier Beach or the broader South Seattle region.

“I’ve seen growth. But I can say … it’s money-ing people out of the area. I’ve met people who lived here – grew up and raised here—and now they have to live in Federal Way, Burien and places further south. They can’t afford to live here.”

That last point was one Robert and I returned to frequently during our conversation. It’s clearly something he’s not just observed, but contemplated at length. Robert acknowledges that he prospers from his work helping to change the Seattle skyline during this time of unprecedented, and some might say, unchecked, growth. Still, he admits that someday he “may not even be able to afford to stay.”

That threat of getting priced out of the city that shaped who he is, what he does, and how he lives, shaded his answer to my final question: What changes would you like to see in Rainier Beach?

“You know what I’d like to see?” Robert said, after a moment. “For people to live where they grew up. But they can’t. They can’t afford it. That’s just life.”

At this point, I called out that he had yet to use the dreaded “g-word”—gentrification.

He laughed and again paused before answering. “Well, that was thrown at me back in the ‘60s, when I lived in the Central District.”

Robert said he first heard that term from local Civil Rights activist Eddie Rye, Jr., who “warned us it was coming.”

“The plan [for development] comes 10 to 20 years in advance,” Robert said. “It doesn’t happen overnight. That’s what’s wrong—when people aren’t paying attention to what’s going on. And then when it happens, everybody acts surprised.”

Robert isn’t surprised. He’s navigating Seattle’s fast-moving expansion as best he can, using the skills he has to succeed. And for now, he remains in the part of Seattle that’s gradually feeling the ripple effect of a building boom that’s knocking some residents right out of the city limits.

Before we parted ways for the night, Robert recommended to me the writings of University of Washington Professor Emeritus Quintartd Taylor who has written and lectured extensively on Black history in Seattle. Robert said he toys with the idea of going back to school at some point in the near future, inspired by the local focus of scholars and writers like Quintard.

Robert assured me that if I wanted to talk more, he has plenty to say. I look forward to it.

Kris Kendall lives in Rainier Beach and works in Bellevue. He was the managing editor for Resonance magazine, and his writing has been featured in Lost in the Grooves, The South Seattle Emerald, and various other publications.

2 thoughts on “People in Your Neighborhood: A Guy Walks into a Bar”