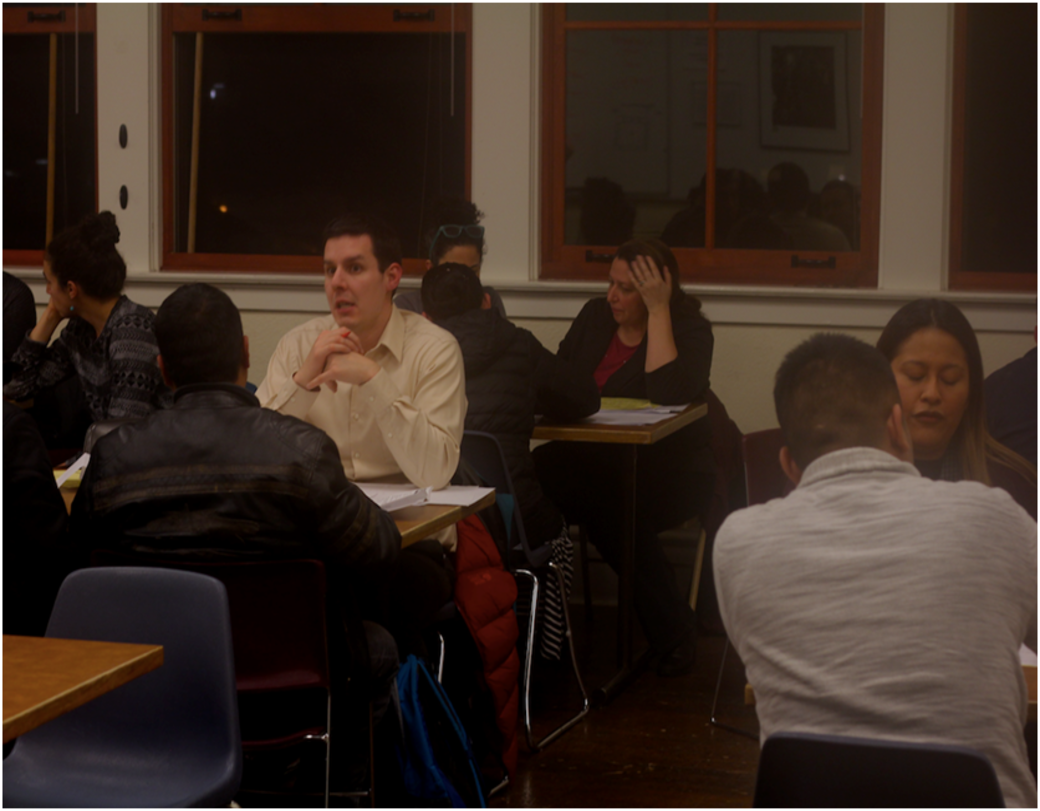 With Seattle now a self-described “Sanctuary City,” local organizations are continuing to step up in assisting members of the immigrant community.

On the second Wednesday of each month at the Beacon Hill neighborhood’s El Centro de la Raza, attorneys from around the state — belonging to law firms such as Schroeter, Goldmark & Bender and the Latina/o Bar Association of Washington — are volunteering their time to give free legal consultations.

For the last 10 years, the clinics have seen an average attendance of between 30 and 40 people. But in the last few months since Donald Trump’s election, attendance has more than doubled.

“We started seeing more people since the election started,” Zaida Rivera, the incoming clinic director for LBAW, said. “The promises that each candidate was making — particularly Trump in terms of immigration — gave people a lot of fear. When he was elected, he’s started to fulfill some of those promises and that fear grows in some people.”

Earlier this month,  immigration enforcement officers participated in the largest raid since Trump’s inauguration with more than 600 people arrested in cities across the nation. After California state Senate President Kevin de León introduced a bill that would give his state the title of “Sanctuary State,” Trump responded that they “breed crime” in an interview with Fox News and threatened to pull federal funding.

In January, more than 90 people were signed in at one of El Centro’s clinics, with the majority of them simply seeking trustworthy information about their rights and what protections they had under the law.

“I think that the increase is due to fear,” Verónica Quiñónez, the incoming president of LBAW and a private family law practitioner, said. “And it’s a legitimate fear as well because we don’t know what’s going to happen immigration-wise. We’ve had a spike in immigration cases, but also in family cases because some parents are not documented and they’re worried about their children if there is a mass-deportation.”

“That just gives you an idea of how much someone needs this,” said Stephanie Chavez, a volunteer at the clinics for more than two years and someone who has used the consultations herself. “That they’re willing to wait hours just to get 15 minutes to talk to someone.”

Chavez noted that she’s left the clinic after 9 p.m. — an hour after the clinics were scheduled to end — and attorneys were still there talking to people. Occasionally clients wait through the night and still aren’t able to speak with an attorney due to the heavy turnouts. When that happens, the attorneys contact a person through leftover registration forms and typically offer them a free consultation at a later time, either over the phone or in person.

Chavez says that when she feared for her family’s well-being and wanted to get help, she knew that the clinics would be a safe place for her to address her concerns.

“When I sought out help, I’d been volunteering at El Centro for over a year and I felt that I could trust the attorneys at the legal clinic to help me out,” she said. “I knew they would be honest about my situation and they’d really try to help out me and my family. Other firms can take your money and then tell you down the line that they can’t do anything, sometimes even after multiple visits.”

A typical attorney in Seattle may charge an hourly rate of $250 for a single consultation. Even with reduced rates for low-income clients, which don’t usually dip below $90 per hour, meetings with lawyers can be very expensive. Many of the people who attend the clinics, like Chavez, have low incomes, so consultations become even more valuable.

When many of those same attendees don’t speak English fluently, finding a trustworthy, affordable source can be difficult.

“It’s an issue about access to justice,” Sandra Widlan, a medical malpractice attorney with SGB, said. “People who are Spanish-speaking primarily don’t have the information that they need to pursue their legitimate claims. This is about giving a place to provide that information to people who wouldn’t normally have that because of the language barrier.”

Jack Russillo is a writer who’s in his third year at the University of Washington. He has written for the Seattle Times, Seattle Met, the Daily of the UW, Voyage, and the Seattle Globalist, amongst others. A native of Orcas Island in northern Washington, he studies journalism and international studies while making sure he stays in good shape with yoga, rock-climbing, hiking, soccer, and a variety of other activities.