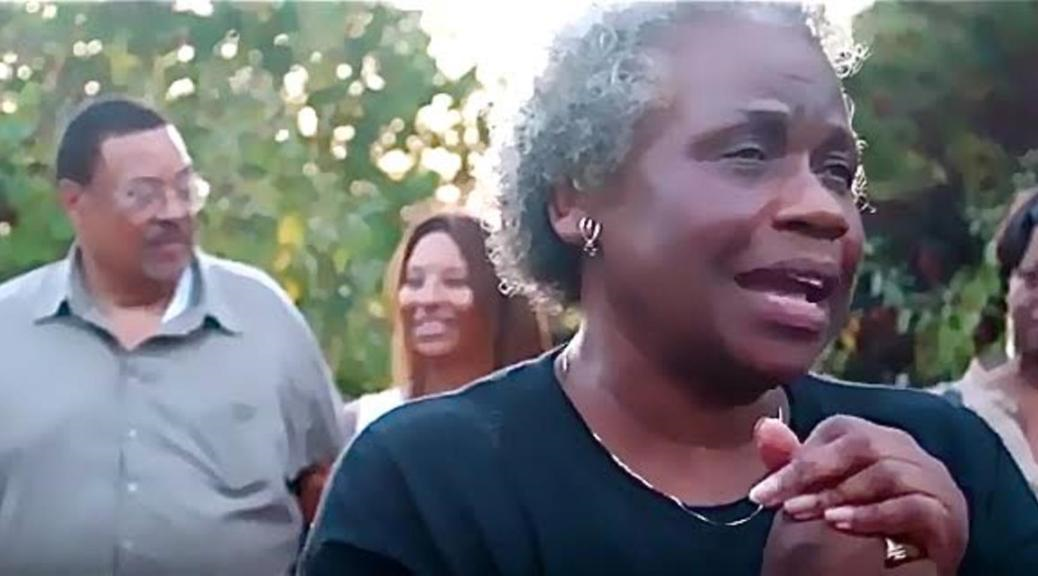 In honor of Women’s History Month, we present 31 Days of Revolutionary Women; a series of daily essays documenting, honoring and celebrating powerful women who inspire us in South Seattle and beyond.

by Minnie A. Collins

An African folktale when “People Could Fly” portrays the spirit and heart of Dr. Georgia S. McDade. Her flight from a place called home began on a fifteen-passenger bus from Monroe, Louisiana to New York, then crisscrossed to Seattle, and settled in Rainer Valley, today called Columbia City. Fulfilling a historical legacy: moving on, migrating to better jobs, education, and economic stability, she liberated herself from parochial assumptions. A liberating decision in the 60s!

From her fertile roots, she brought endless memories: growing up with peers in a two-parent, value-laden home in Louisiana; having a play-school in her home where she taught other children to read and write; journaling. Knowing the power of education beyond high school and college, she was the first African-American to receive a Ph.D. in Shakespeare from the University of Washington. She could now spread her wings; rather than just read, watch, even allude to Shakespeare and the paradoxes of society.

With plumes spread aloft during her forty-year teaching career: Tacoma Community College, Lakeside High School, Seattle College and the University of Washington, she tapped into the potential of the community. A kaleidoscope of new flight patterns at Mount Zion Baptist Church coalesced into Superintendent and teacher of Sunday School, Vacation Bible School, and President of Women’s Ministry and other Baptist organizations, writing classes at the Boys and Girls Club on Martin Luther King, Jr. Way, annual MLK workshops at Garfield High School.

In addition to these entrenched organizations, she visited senior care centers, shared her home with a young homeless family, opened her home to international students and visited the incarcerated. During her world- wide travel, she tapped into and maintained collegiality with those who think differently, called “cognitive diversity.” With a church and community team, she prepared and delivered personal care kits for women and children in Malawi where she spoke at the university. She is a servant leader.

Nonpareil is her directorship of the Summer Educational Enrichment Program (SEEP) at her church. To initiate self-confidence and provide leadership mentors for youth was her mission. With a limited and eventually minimal budget, Dr. McDade transformed the lives of children K- 8, both solvent and insolvent. These children had STEAM exposure plus daily free meals. In Science, Technology, Engineering, Arts and Math, children took excursions to the Pacific Science Center, University of Washington, Mount Rainier, Health Department, local farms; had Spanish lessons, spelling bees, daily computer classes; developed budgets for their trips, planted and ate from their vegetable garden, perhaps a precursor to the Obama White House garden. Some had never been outside of their home streets.

Without enough money, however, she persevered. Imagine her driving a van with 15 children and chaperones to Mount Rainier. The van breaks down and limps into a highway garage for quick repairs. Dauntless, she charges the bill to her personal credit card knowing that reimbursement would be very slow, seldom, maybe never. But it was for the children! Children saw her patience and adjustment to the unexpected with calm and self-confidence. Today, she sees the benefits of her program: middle school awards in math, science and spelling, high school and college graduates and community service volunteers. She gave them the courage to spread their wings beyond the place called home.

Among Dr. McDade’s published writings are Sometimes I Wander…, Threads, an anthology, Travel Tips for Dream Trips, four collections of Outside the Cave, Emerald Reflections, an anthology, and Observations and Revelations, a collection of stories and essays. In these books, she writes from a personal need to be a witness to the irony and paradoxes of historical memory. Connecting more to her content and warehouse cloud of information means being on social media or developing a QR Code App.

Come fly away with the spirit and heart in Dr. McDade!

The heart of a woman goes forth with the dawn,

As a lone bird, soft winging , so restlessly on

Afar o’er life’s turrets and vales does it roam

In the wake of those echoes, the heart calls home.

Minnie A. Collins, author of The Purple Wash, (Classic Day) is a poet, world traveler, award-winning professor, docent at the Northwest African American Museum, and writer for Black Past.org. Her writing is included in Crosscurrents, Washington English Journal, Threads, and Emerald Reflections. Among her venues are bookstores, libraries, art galleries, colleges, and museums.