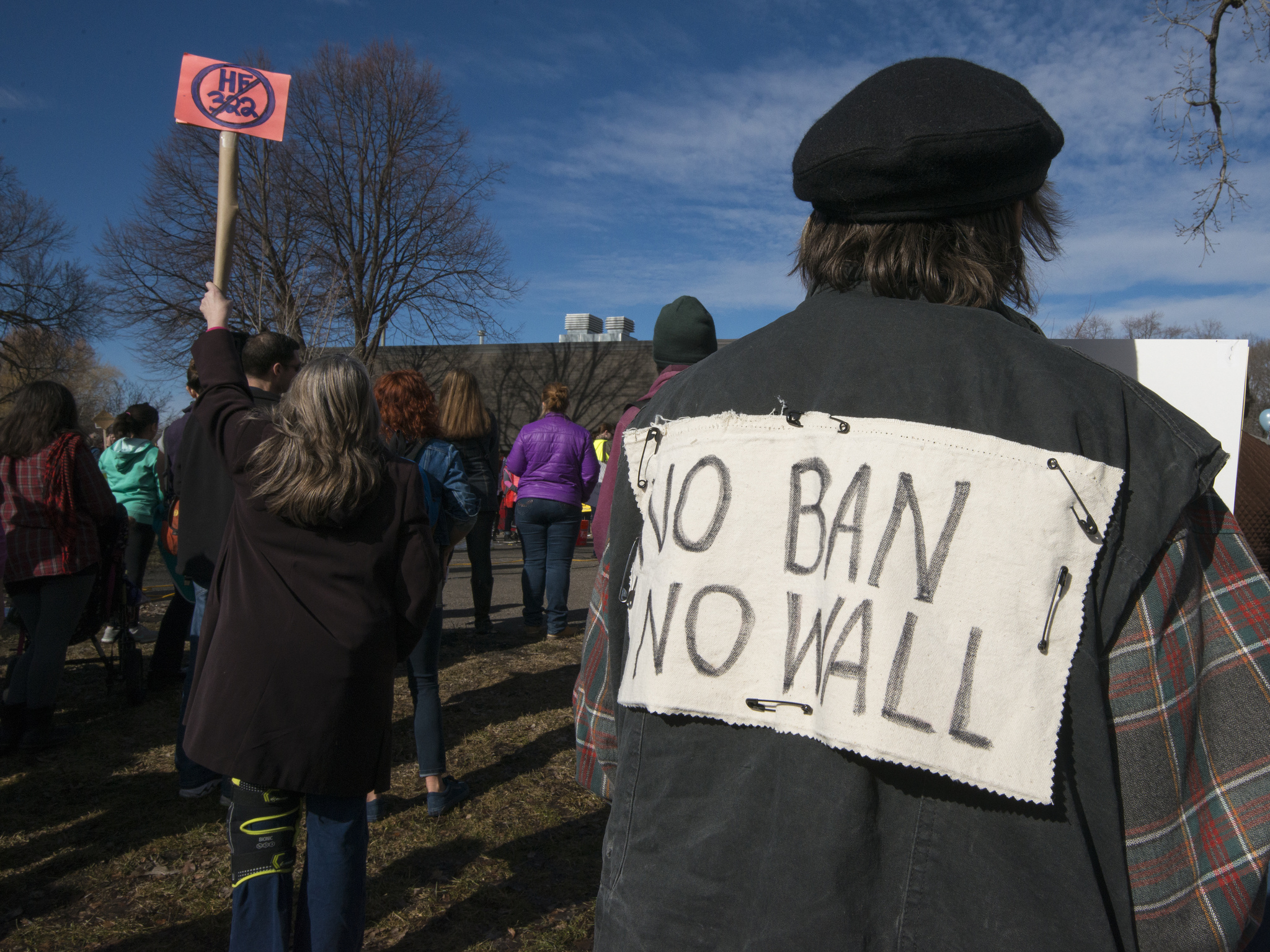 Almost two decades ago, my husband and I, both born in Washington, DC moved to Seattle, Washington.  In my teens, I worked in the downtown area of DC in a very prestigious internship with the federal government.   During that time, I noticed something very significant at the end of each workday.

All of the White people seemed to travel home to Virginia and all the people of color, mostly Black people as far as I could tell, traveled home to other areas of DC and to various parts of Maryland. Once I moved to Seattle I noticed something amazing!  This city was so much more racially, ethnically and culturally diverse than where I born and raised.  This pleased both me and my husband and was one of the main reasons why we chose to make Seattle our new home.

Seattle seemed to also be very progressive and the people more forward-thinking than people I was used to from my hometown area.  It seemed that everywhere I went there were all different types of people living together, in harmony, side by side in the same neighborhoods.  America has often been described as a melting pot but until I moved to the Emerald City I hadn’t experienced anything that would indicate that I lived in a country that embraced everyone in this way.  Seattle forever changed my mind.

Here, I enjoyed friendships, professional relationships and other dealings with people from so many different backgrounds.  I was introduced to scrumptious foods I’d never before heard of, learned phrases from languages other than English, learned about cultures I knew very little about and this enriched my life more than I could ever adequately express in words.  So, once a president was placed in office who spent his entire campaign promising to build a wall to keep out Mexican immigrants, to possibly institute a Muslim registry and to crackdown on all current immigrants living in this country, I knew what I had to do.  I had to increase my efforts to keep the civil and human rights that all of us currently had.

I would not, though, just increase my efforts for the people in my community, the African American community, but also for all marginalized communities living in this country. Immediately, I gathered with all of my like-minded friends, colleagues, associates and everyone else in my network that I could think of, so that we could put our brains together in order to, as I often put it, “save ourselves”. On the afternoon of Wednesday, January 25th I stood on the steps of Seattle City Hall in support of the mayor and police chief as they took a stand against the executive order issued that day (the one that would take away federal grant money from any sanctuary city) to publicly state that Seattle is and will always be a sanctuary city. Then just two days later, an executive order was issued to bar immigrants from seven Muslim-majority countries from entering the United States.

Over the next few days we’d hear stories of children being separated from their parents, people waiting to come to the U.S. for life-saving medical procedures who would face certain death should they not gain entry and many other heart-wrenching stories happening to people due to this new travel ban. That very next weekend I sat with a group of community members, many of whom had immigrated to the United States willingly or as refugees, to discuss how we are going to survive, all of us, for the next four years under this new administration. There was an air of sadness in the room.

Every one of us had somber looks on our faces, even through our smiles. While there, we sat in a circle while each person introduced themselves to the group. The first few people decided to share their citizenship status when introducing themselves to the group so the rest of us followed suit. Every American-born person stated that we are citizens and we are not Muslim, including myself.

When it came time for one of the Muslim-American sisters to introduce herself, she made a statement that made my heart drop to my feet. She said: “Whether you were born here and are an American citizen or not, you can still be picked up and detained if you are even just suspected of being undocumented. If you are picked up, you will have to wait until someone can go to your home and bring proof that you are a citizen.” My family and I were not as “safe” in light of the crackdown on immigrants and refugees as we thought we were.

In that same community discussion sat a dear friend and fellow community advocate, Ayan Musse, who was also dealing with some of the same issues as many of the other community members in the room. Ayan, a Somali-born, Muslim woman, works tirelessly to help many community members who are in worse situations than herself.

They do not have the resources, the understanding of how to navigate the system and do not speak English. These families are being re-traumatized as many of them have already dealt with the terrors of war, the horrors of refugee camps and many more atrocities that most of us couldn’t bear to think of, much less live through. Now, these families must deal with the constant threat of raids while at home, at work or when entering or exiting their places of worship. Those who are able, hire attorneys, many others go to Ayan.

Ayan has helped dozens of immigrants and refugees, but still feels very helpless because she can’t really do anything to save them if they are deported. This helplessness keeps her awake at night. It keeps me awake, too.

Just today I talked with my friend about how I am often mistaken for being Muslim because I wear headscarves and have all of my skin covered. Although I am a U.S. born, American citizen I could be picked up and detained in a raid. What most disturbs me about that is less about how it could affect me personally but that it shouldn’t be happening at all to anyone who calls America home!

If you or members of your family are immigrants or refugees and are at risk of being targeted, detained or deported, here are some things you can do to prepare:

You could have your cell phone taken and not be able to use it to look up telephone numbers, so memorize the phone numbers of people you may need to contact (ex. Spouse, children, attorney, children’s school, daycare providers, friends, other family members).

Talk to the children in your life about what is happening and try to reassure them as much as possible.

Make a safety plan for yourself and your family.

The most important thing you should do is KNOW YOUR RIGHTS!

Here is a list of several local organizations that can help you obtain information and resources regarding your rights during our ever-changing political climate:

In addition to the list of organizations above, there are other agencies, grassroots community group, and campaigns who are doing their best to assist the immigrants and refugees who now call American home.  One campaign, Embrace Refugees, is one of them.  Here you can learn exactly what the resettlement process is like in this country.  After reading this, if you didn’t already want to help, it will be pretty hard to not try and do something to help.

Part of the executive order on sanctuary cities has criminalized assisting any undocumented immigrants if the assistance helps to “facilitate their presence in the United States”.  So what can those of us who are citizens and not personally at risk of being deported do to help our friends, neighbors and community members who are living with the constant threat of having their citizenship status, real or suspected, ruin their lives completely while safeguarding your own freedom?

Here are a few suggestions:

Serve as an interpreter.

Offer to be part of a safety plan (ex. take-in children who may be without their parents temporarily or long-term, obtain necessary paperwork and deliver it to the appropriate place if friends/neighbors are detained, etc.).Be a listening ear.  The threat of being deported is emotionally taxing and many in this position don’t have people they can trust to listen to them.

Be a listening ear.  The threat of being deported is emotionally taxing and many in this position don’t have people they can trust to listen to them.

Cook a meal or have families over for dinner.

ASK what type of support they need and if you can, give it to them.

Living in this culturally diverse, somewhat idyllic city for so long, I have no choice but to do what I can to help us maintain the true melting pot that so many of us not only enjoy but consider it critical to our way of life in this city.  If so many of the people we call our neighbors, colleagues, schoolmates and friends were to be deported, detained or worse, it would negatively affect us all.  Can you imagine describing Seattle as a “formerly diverse” city?  I can’t and I hope that you feel the same.

So please, remember: the immigration and refugee issue in this country is everyone’s issue!

NaKeesa Frazier-Jennings is a longtime Seattle area resident originally from the Washington, DC area.  Mrs. Frazier-Jennings has always been a strong advocate for race and social justice in both her personal and professional lives often using the written word to shed light on the many issues faced by people of color and other marginalized communities.  When not participating in advocacy, she enjoys reading, writing, outdoor (easy) hikes and spending quality time with family and friends.