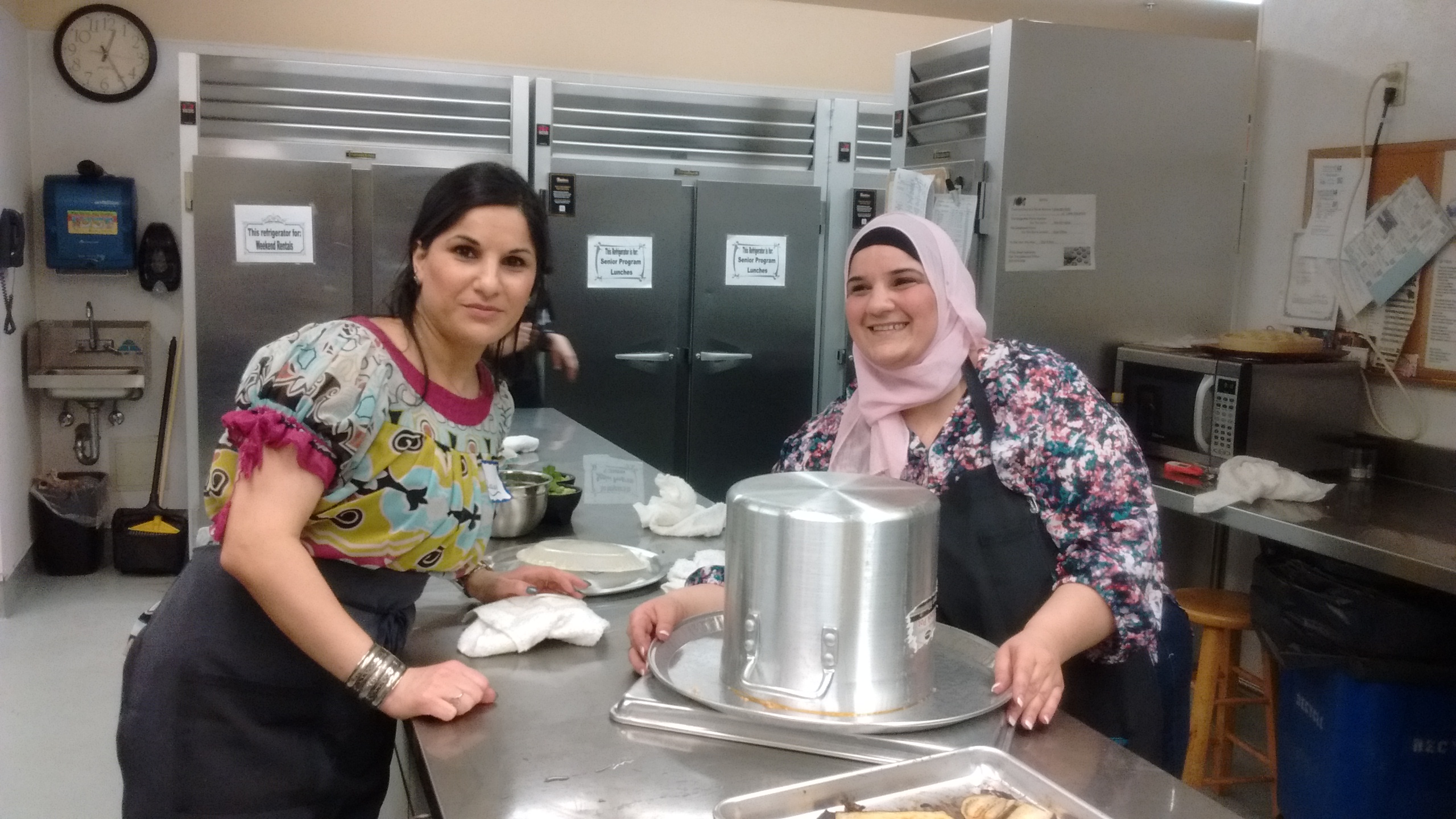 This week’s articles come from organizers of the Celebration of International Women’s Day* event, a day-long free event designed to rejoice in the strength, resilience and creativity of women in the Seattle area.  See the event page for information about attending.

When the Shamdeen sisters, Sheelan and Zozan, walked into my beginning English class at Highline High School in Burien on a cold winter day in December of 1996, I had no idea of what their family had just been through.

They were forced to flee their home twice. The first time was in 1991 right after the Gulf War. They were living in Northern Iraq when Saddam Hussein threatened to use chemical weapons against the Kurds in the North.

One night they gathered what they could carry – tent, blankets, and food, and drove their car as far as it could go. They left their car and walked for fifteen days into the mountains. Their large family group, including their grandmother, walked on rocky paths, through forests, and along narrow slippery mountain paths. It was cold and there wasn’t enough food. Some in the group were starving. Everyone had to learn to layer clothes because they were already wearing or carrying everything they owned. Finally, they reached the Turkish border.

During the Gulf War, the burning oil from Kuwait turned the snow black. The women had to dig down deep to find clean snow to melt so they could cook meals. They had no dishes and their only food was what they could forage. They created their own camp. When the UN heard about them, they sent hospital supplies and food.

After forty days, Saddam Hussein decided they could return to their homes so they went back.

September 15, 1996 was the day Saddam Hussein said that all people with ties to the United Nations and their families would be executed. The Shamdeens had to leave immediately. With the help of the U.S. administration, they escaped to Turkey, then to an army base in Guam for four months, and then to Washington State. The Shamdeens settled in Des Moines where they found an apartment that is still their home today after twenty years.

I have learned many things from the Shamdeens that have surprised and enlightened me. The first is how deep and open their Muslim religious views are. They have told me about how they lived and worked with Christians, Jews, Muslims and Yazidis in Mosul. Your neighbor is like your family there. For example, when their mother had her first son, she didn’t know how to knit pants for him. A Catholic nun met with her regularly to teach her to knit.

The Shamdeens believe their family has a responsibility to help and protect people of other religions. Their mother’s grandfather, Mohammed Agha Bin Shamdeen, helped many Christian Armenians during the genocide as they fled their country. He received a medal from Pope Pius IX in gratitude.

Additionally, their grandfather gave safe haven to Yazidis who married outside their faith. He also stood up for Jews who were persecuted in Iraq, and protected them when they escaped to Israel. There are Jews in Israel who still revere his memory with his portrait in their home.

Zozan and Sheelan didn’t wear hijabs (headscarves) for many years. However, after the 9/11 attack occurred, Zozan began wearing the hijab. “I wanted to see what people’s reaction was,” she told me. “I never had any problem. Everyone was thoughtful and some offered to escort me if there might be a problem. But there never was.”

Sheelan began wearing her hijab at that time as well and, unlike her sister, continues to wear it to this day.

Have I mentioned food yet? Preparing and sharing food is central to the lives of the Kurds. “I grew up seeing my mom and aunts cooking all the time with love,” said Sheelan, smiling. “They never tired of cooking. Their soul is in that food.” Together they explained to me, “We always share food with our neighbors. In Iraq, we share with up to seven houses on the right and seven houses on the left. Maybe someone is poor or hungry. During Ramadan, when we fast from sunrise to sunset, we would cook and always share before we ourselves ate in order to serve our food hot to the neighbors.”

I learned a very nice custom from Zozan as well. She said, “Our custom is if you give a plate of food to someone, it’s never returned empty.”

I asked if they had recipes. “Oh, no, if you are in a good mood when you cook,” Sheelan explained, “the spices will be right and it comes out very good.”

There’s an old saying that you should follow your passion. Sheelan and Zozan love to bake and they thought they could start a bakery someday. Fate intervened after they themselves had begun teaching English as a Second Language at Highline College.

They met a visiting professor from Egypt who observed that American food tasted bland. Their mother suggested they cook for him. So they prepared some flavorful dishes for a school meeting. Alice Madsen, who is Dean of Instruction, tasted the food and realized that they might do well in a catering business. As Sheelan says, “All the credit goes to her!”

Dean Madsen introduced them to Njambi Gisuru, an outreach person of FIN (Food Innovation Network), a non-profit organization in SeaTac. FIN helped Zozan and Sheelan set up a catering business despite all the challenges that entails, such as getting the proper licensing and setting up a website.

Njambi introduced them to Veena Prasad of Project Feast where they were trained to apply their cooking skills toward becoming professional chefs. They also benefitted from workshops and coaching to learn marketing skills through local nonprofit Startzone.

The resulting enterprise, Soozveen Mediterranean Catering, is now a successful business. I love to look them up on Facebook to delight in the tantalizing photos of their dishes.

Sheelan says, “If a woman puts something in her heart and mind, nobody can stop her. Just believe in yourself. Just do it!”

Judy Platt (right), pictured here with Zozan Shamdeen, is a retired ELL (English Language Learner) teacher who taught for over 20 years at Highline High School in Burien.  She lives in West Seattle.