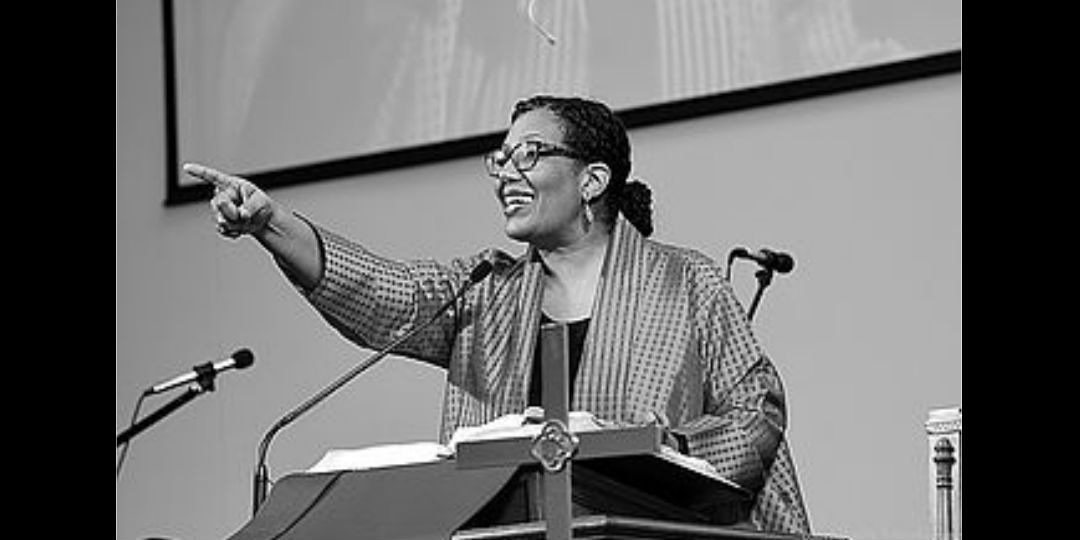 I first encountered Lisa Sharon Harper in 2000 at a national faith-based conference for college students interested in social justice. She was an actor and playwright with the theatre team. Her powerful, poetic, gorgeous, and transcendent writing ushered me into deep life-changing spiritual reflection. Later, I had the privilege of working with Lisa as an actor. Her writing and direction demanded hard work that nourished and brought out the best in us. For my own journey, I truly believe that Creator knew I needed to meet her. I needed to know this incredibly strong woman, this African-American artist, this thoughtful follower of Jesus, this brave activist, and this gifted teacher.

Lisa has published four books, a full-length play and several short plays. She earned two Master’s degrees; in Playwriting from USC and Human Rights from Columbia University. She was the founding Executive Director of New York Faith & Justice. And now, she travels to preach, train, activate people of faith as the Chief Church Engagement Officer for Sojourners, a magazine and online publication.

But she’s also in the streets.

On January 17th, 2017, the 40th anniversary of the first modern-day execution in the United States, Lisa spent 31 hours in police custody. She was arrested, along with 17 others, for protesting the death penalty on the steps of the Supreme Court.. Her 16 harrowing hours in Washington D.C.’s central jail became a profound meditation on the hundreds and hundreds of people, like Sandra Bland, that die each year in US jails.

I caught up with Lisa late one night on the phone during a very busy season of traveling and speaking. She generously shared her thoughts on history, liberation, holistic faith, resistance, and art–reminding me of how lucky the world is to have her revolutionary leadership.

Yasmin: Who are the elders and ancestors whose life examples give you strength at this time?

Lisa: All of the women in my family– like, literally. My mother, sisters, grandmother, my great-grandmother. In my mother’s family, there is a line that’s been free since the 1600s. They leveraged their freedom to fund the abolitionist movement and teach the formerly enslaved to read during Reconstruction. This is the blood that courses through my veins. I’m also inspired by Sojourner Truth. She put her body on the line as an act of resistance. She told her story about being in slavery, refuted the alt-facts about the slave-trade, and her truth cut through the fog of propaganda. That’s how I see my calling. Her life vocation is very similar to mine. I go into territory where…” to “We live in similar times today. We must shrink the proximity gap. So, I go into territory where people might not be fully convinced, where some might even be hostile, to call forth the better angel in them and speak truth that releases them from the grip.

Yasmin: Are there any specific sacred texts that give you strength right now?

Lisa: I’ve been swimming in the book of Genesis, chapters 1-14 for the last fourteen years as a way to answer troubling questions that came up for me on a pilgrimage through the south retracing the Cherokee Trail of Tears and the African experience in the US from slavery to Civil Rights. My shallow understanding of the Gospel was not adequate for me in the face of the heinous injustices on this land. And if my gospel has nothing to say about slavery and the Native American removal, then maybe it isn’t good enough. Genesis 1 is an epic poem written by people who are enslaved, oppressed, and about to go back and rebuild. For the Hebrews, when God says “it was very good” it’s in reference to the relatedness between all created things. The Hebrew view of sin is anything that breaks relationship. Holiness and Christian life is about love and maintaining the wellness of the relationships between all life. Genesis 1 also asserts that every single human being on earth bears the image of God and is called to exercise “dominion” or steward the world. This being written at a time when only the royalty were supposed to bear the image of God. It follows that any governing that diminishes the capacity of some, diminishes the image of God on earth.

Yasmin: What is it like to speak to Christians given the recent election and current political climate?

Lisa: Sojourner Truth was a Christian who traveled to preach alongside Charles Finney during the Great Awakening. Charles Finney invented the church altar call. And at the altar, Finney had sign-up sheets for the abolitionist movement. He believed if you were a slave sympathizer you were crushing the image of God. So, I tell my story in relationship to the Gospel and intersecting with US and World history. I speak to take the scales off the eyes of those duped by the marriage of partisan politics and Christian Evangelicalism. My call is for all to join the resistance to dehumanization and to partner with God in the restoration of right relationships between all people.

Yasmin: What do you believe are the most effective acts of resistance needed today?

Lisa: All acts of resistance. We live under the governance of people who literally see themselves as authoritarian rulers. They are consolidating power and undercutting the truth and the law. This is the onramp to a fascist regime. So, we need every kind of resistance in this moment. Resistance to the dehumanization of those on the margins and resistance to lies masquerading as truth. We need to protect the image of God in every person. Getting in the streets actually is effective today. Go to town hall meetings. Call up your mayor or city council person and meet with them. Write down your story, write an op-ed, and make your story heard. Hold a prayer vigil for a particular issue. Resistance is also flourishing in the face of the lies–to continue to take your dance lessons and yoga, to sing, and to continue to dream.

Yasmin: That leads me to my last question, what do you see as the role of art in the resistance?

Lisa: One of the first things that is suppressed under authoritarian rule is the capacity to imagine, to dream, and the capacity for art. Art is a subversive act. We will not survive this if we can no longer imagine another way of being. 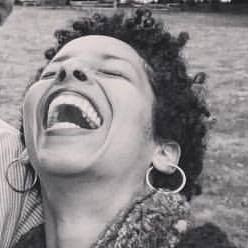 Yasmin lives in S. Seattle with her husband Dave, and their two kids, Kavinder and Anjali. She’s the music minister for Valley & Mountain Fellowship and The Resistance Choir director. But she spends most of her time learning alongside her children–practicing deep listening, cooking from scratch in the kitchen, making beautiful art, learning primitive skills, walking through the forest, and singing at the Food Bank.

One thought on “31 Days of Revolutionary Women, #11: Lisa Sharon Harper”