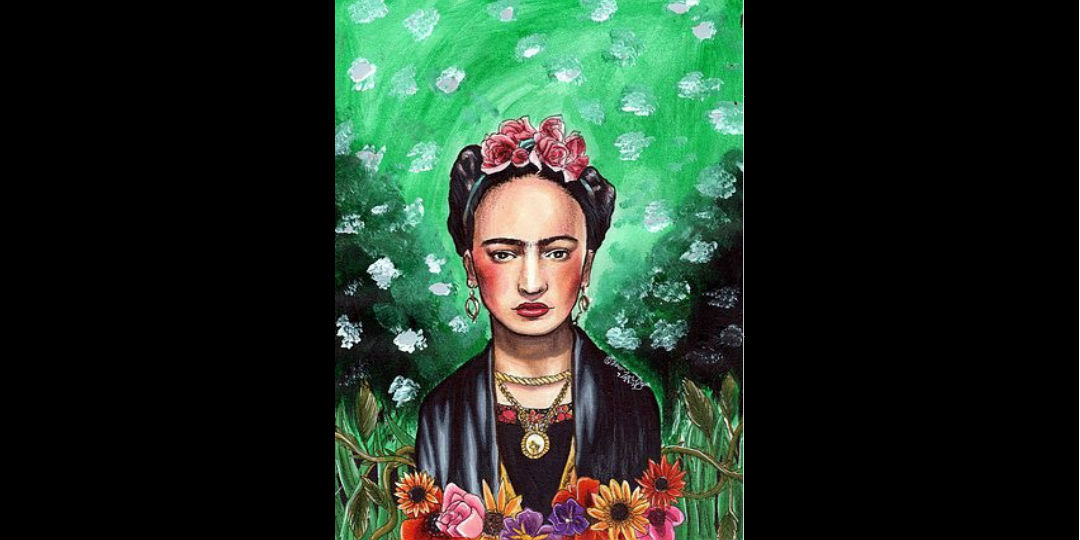 A revolutionary, a communist, a progressive, and an enigma in every sense of the word. Una gran mujer. That’s how you would describe the artist, Frida Kahlo. As I write this on International Womxn’s Day, as an artist and tenant rights’ organizer, I think this womxn who (despite health problems) persisted in and realized her dream of becoming a world-class painter is the type of feminist icon we need.

Frida Kahlo, born Magdalena Carmen Frida Kahlo y Calderón in Mexico City on July 6, 1907, is a part of the pantheon of womxn geniuses who were frequently overshadowed in their lifetimes, particularly by the men in their lives. Her husband at the time, Diego Rivera, was abusive and frequently tried to claim her success as his own doing. Frida persisted, all the same – as a beacon of inspiration not just for artists but for all womxn.

I found out about Frida Kahlo when I was very young. I had vaguely seen an image as I was scrolling through famous womxn on google, which was a distinct face: a Mexican womxn of approximately my complexion, with a very pronounced unibrow, flowers in her hair, and a gaze that told of beauty in pain, in struggle, and in keeping a revolutionary fire alive in every aspect that made up who she was. I didn’t know her name at the time; it would be years later as I was discovering Chicana Feminism in my late teens through art, especially, that I would learn that this woman was, in fact, Frida.

Chicana Feminism is a feminist ideology through a womxn of color, particularly Chicana, lens. A Chicana is a self-identifying womxn of Mexican descent, politicized through her indigenous roots from Mexico, often feeling “neither from here, nor there.” To many of us, borders should be abolished (we didn’t cross the borders, the borders crossed us), la migra is evil, machismo has wounded us all, and the Earth is nuestra madre. We fight for un mundo donde quepan muchos mundos, for workers rights, food sovereignty, LGBTQ rights, a return to a matriarchal society and a decolonial society against capitalism and all isms. Womxn are healers, warriors, and so much more, and we are proud of it.

Frida Kahlo was known for many things, her paintings especially. But what is not as frequently known is the fact that she was a rebellious, queer, animal-loving, radical thinker and communist party leader, who even hosted Leon Trotsky (and had a brief affair with him) once in her famous Casa Azul. She suffered a hard life because of health problems, but also through her abusive relationship with Diego Rivera. Despite this, she lived a life of many affairs with people of all sexualities and genders; she embraced gender non-conformity, leftist political pursuits, and breaking away from conservatism. She dreamed big, and was unafraid to do so.

Her fashion style was unique and, even if she was forced by Diego to wear certain clothes, she enjoyed portraying the Matrilineal and Matriarchal tribes of Mexico on her own terms, both in her clothing and in her artwork.  Her revolutionary mind extended beyond her philosophy, ways of structuring politics, and ideas of how society should function; she was cutting edge in her art style as well. She often lived life feeling she was the only one like her. But little did she know, perhaps, that she would later inspire so many, including myself.

I was born and raised in South King County to Mexican immigrant farm-working, low-income parents. I went through the public school system. From my personal early childhood experiences, as well as interactions and friendships amongst those in my neighborhood, I developed a lens for social justice. My passion and pursuit of art became an important way I could express my vision of the world and lasted the rest of my life. Because I have suffered with health problems since an early age, I would immerse myself in my art as a way to soothe these body aches and emotional trauma.

Growing up, I thought I was the only one in my family who really cared about politics or, if they did, I was the only left-leaning person. La unica. When I read Frida’s biography and saw the Biopic film (featuring Salma Hayek), I saw a woman who, despite distinct differences, had so much in common with me. And I wasn’t the only one.

If you look up the hashtag ‘Frida Kahlo’ on any search engine or on my favorite social media platform, Instagram (sorry Facebook), you will find thousands of entries related to peoples’ admiration of this revolutionary and eccentric womxn. But amongst a particular group of womxn: womxn of color, and specifically womxn of Mexican descent and Chicanas, we find a kindred spirit.

For us, Frida represents what we embody in this world. And regardless if we are a painter or not, one of her famous quotes ring true, “I don’t paint dreams or nightmares. I paint my own realities.” Her self-portraits in and of themselves were the original selfies and feminist acts of resistance. Due to all the pain she suffered from polio, she was frequently confined to her bed, and thus she was alone a lot.  Even when she did have the opportunity to travel, she was alone with her thoughts, as a critical observer of the environment around her.

She was the subject she knew best. Frida has become a prominent feminist icon among womxn of color, far removed from the dominant suffragette narrative that is prominent among political and artistic spaces centered on white feminism. When I speak with my fellow womxn of color sisters here in South Seattle and through my travels and conversations with sisters across the global south, everyone agrees that Frida is one of our biggest inspirations.

Despite the hardships, she possessed an enigmatic confidence that was so relatable, so beautiful, and so magical to so many of us. For Frida, not just the painter but the revolutionary – the womxn who could see such beauty in pain – is magical indeed. Que viva la Frida. 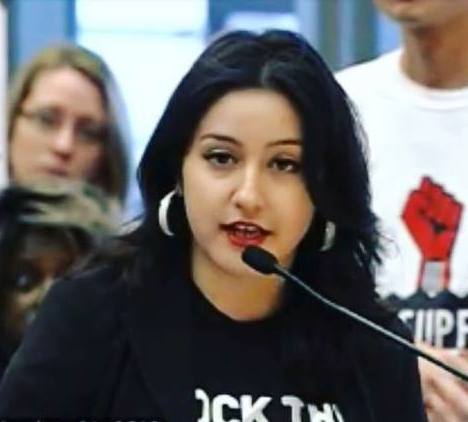 Born and raised in South King County, Mónica Mendoza-Castrejón is a current proud resident of Hillman City in South Seattle. She is a graduate of the University of Washington, and is a current Community Organizer for the Tenants Union of Washington, an artist in the SEEDArts Collective (above the Hillman City Collaboratory), and a recent graduate of the People’s Academy of Community Engagement (PACE). When she is not organizing or painting, she is studying for the LSAT, obsessing over cats, enjoying some good food and wine, or enjoying the nature of the Pacific Northwest.