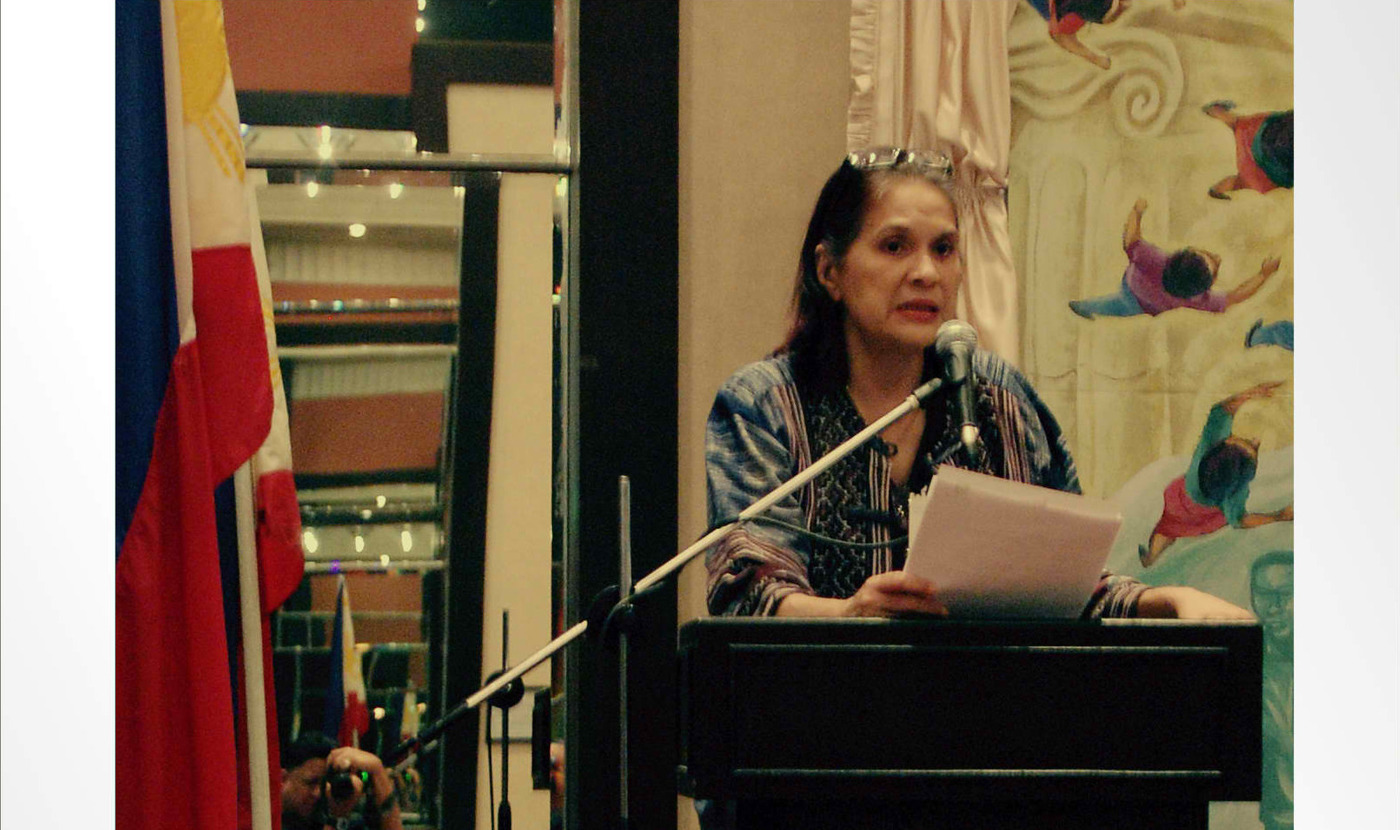 “The new Filipina is one who can stay whole days and nights with striking workers, learning from them the social realities which her bourgeois education has kept from her. She is a woman who has discovered the exalting realm of responsibility, a woman fully engaged in the making of history.”

I learned of my first Filipina revolutionary, Lorena Barros, as a college student in 1999. I was surrounded by strangers-turned-comrades in a living room on University Way or “the Ave” as we read about our culture and history. As a newly-formed, off-campus Filipino student group, everyone was eager to soak up as much knowledge our classrooms failed to teach us. The famous quote of Lorena’s “We need more dreamers who act, not actors who dream,” resonated with me as I enthusiastically searched for a deeper connection to my birth country and impatiently wanted to fight the power.

My hunger to learn more about Lorena and how she brought together women activists who espoused women’s liberation in the context of nation liberation in the Philippines, eventually exposed me to a multitude of other revolutionary women and inspired my own journey as an activist. Fast forward over a decade later, I find myself fascinated with former beauty queen and model, Maita Gomez.

Maita was born on May 23, 1947 as the eldest of seven children in a well-to-do family. She studied in the best schools and took up pre-med at the University of the Philippines. After being spotted in a high society Manila social event by fashion designer Pitoy Moreno, Maita was recruited as his model and later attended modeling school in Australia. At the age of 20, she became Miss Philippines and represented the country in London at the Miss World contest.

She then returned to the University of the Philippines when the First Quarter Storm in 1970 exploded in the streets of Manila. Filipino students were engaged in violent street battles against armies of police and soldiers while, across the globe, US college students burned their draft cards protesting the Vietnam War.

Maita joined several student groups and eventually went underground, joining the New People’s Army after Marcos imposed martial law in 1972. At the time, she was married and had a daughter. She decided to leave her husband and, against her father’s will, brought her child to live in the mountains, where she fought government forces as a freedom fighter.

In the early 1980’s, Maita surfaced from the underground and became a leader in the growing women’s liberation movement. She helped found the nationalist and democratic women’s alliance GABRIELA, which was founded in April 1984 after 10,000 women marched in Manila defying a Marcos decree against demonstrations. The founding women pushed for comprehensive social transformation for the Philippines, believing that national liberation is connected to the liberation of women for the country.

Approximately 20 years later after the founding of GABRIELA, I find myself helping co-found Gabriela Seattle, an overseas chapter of GABRIELA Philippines. I only came across Maita Gomez a few years ago after she passed away from a heart attack in 2012. Learning about Maita was different than all the other women I had read about in the past. Maybe because she was, to many, an enigma, or possibly because she challenged my perception of what makes a woman revolutionary.

My connection to this beauty-queen-turned-freedom-fighter reminds me how every revolutionary woman started with the revolutionary spirit. Whether you come from high society or poverty, illiterate or college educated, a daughter of an activist or new mother coming into your own progressive journey – the spirit has to come from the same place, a desire to see a better world.

Maita is also a reminder to me, or maybe a call out to see all women with this desire as revolutionary. I never imagined myself an activist, yet those around me, who conspired with me, saw my revolutionary spirit and taught me how that spirit was integral to my own journey to participate in social change.

Gomez is quoted in the book Maita: Remembering Ka Dolor:’ Tribute to a beauty queen turned freedom fighter, “Sympathizing with the poor is not enough. We have to see them as our equals, if not our betters.” During her last few years, Maita taught economics and remained active in various women’s and human rights groups. A year before her death, she was an outspoken defender of land and against large scale mining.

In the end, Maita Gomez’s colorful life represents the beauty of the revolutionary spirit and how it can transcend one’s social class and upbringing, and live in anyone willing to fight, sacrifice, and even give their life to serving the people. 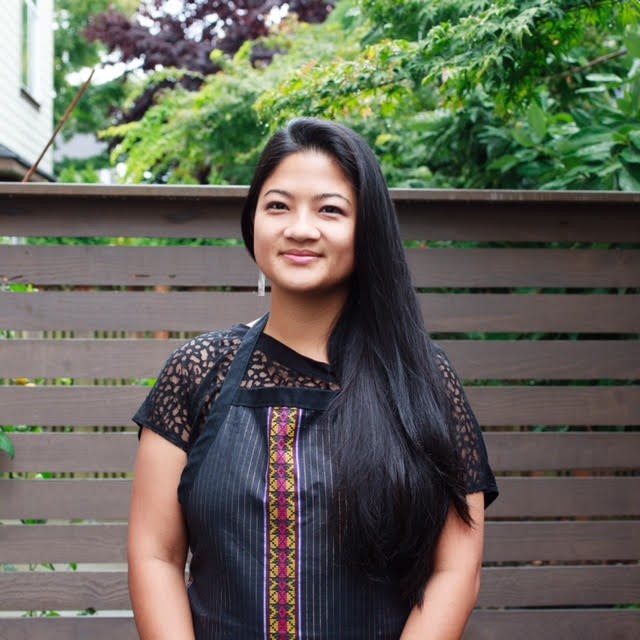 Chera Amlag was born in the Philippines and grew up in Bremerton, WA. She is the owner & head baker of Hood Famous Bakeshop. She appreciates the art of arousing, organizing and mobilizing for social change.

featured image and inline image In memoriam… by ~MVI~ (warped). The image is licensed under the Creative Commons Attribution-Noncommercial 2.0 Generic