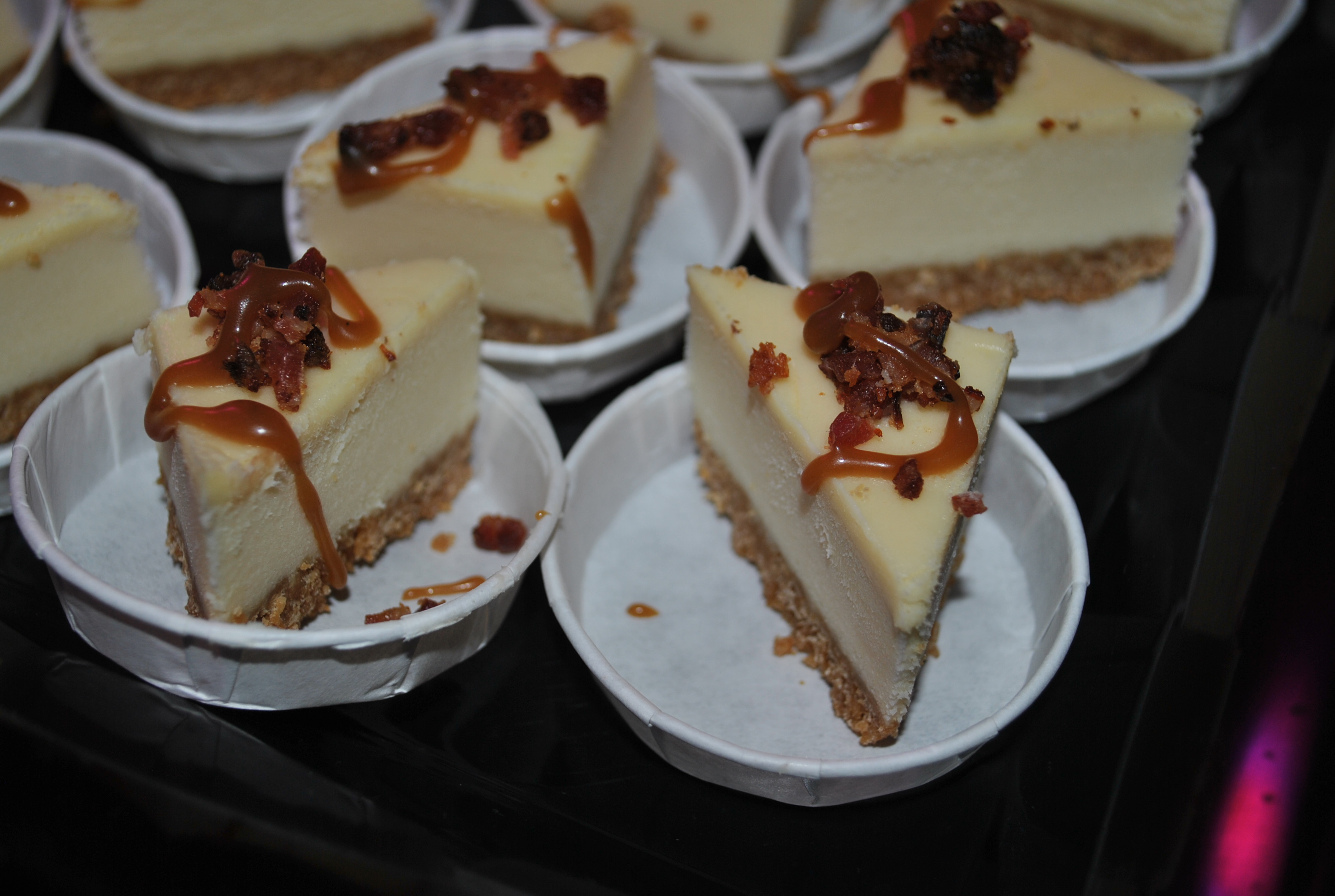 Tucked into a quiet corner in a crowded CenturyLink Events Center at one of the biggest food and wine events of the year is Rusty Federman. He and his team are serving Rusty’s Famous Cheesecake bites to a very discerning audience at Taste Washington. Thousands battled rain and a formidable line at the door to taste the best food bites from the region’s top restaurants and drink endless wine samples from 235 Washington wineries.

For Rusty’s fledgling but quickly growing business, it’s a big moment. It’s not about profit; attendees pay one (lofty) price for the all-you-can-eat-and-drink event. It’s not even specifically about recognition, although it doesn’t hurt. For Rusty, this is his chance to get direct feedback from food lovers.

“I hardly ever get to speak with people directly,” says Rusty. “I love hearing a good response when people try my cheesecake. Most people say it’s not too sweet and ultra-creamy. It’s a traditional New York style cheesecake.”

Sweat equity helped get Rusty to where he is today. It was all him for the first couple years when he started in 2012. Now, he’s grown ‘the smart way’ in his opinion and has a staff of five. Cooking and good food has been around him since birth. His parents owned a deli called Lox, Stock and Bagel in the University District years ago. His mom, Esther, made the best cheesecake ever and is the namesake for his basic recipe, Esther’s Classic.

His parents’ enthusiasm was cautious when he told them, “I’m going to do this cheesecake thing.” Good reaction to this news but dead silence to the announcement of the name, “I’m going to call it Rusty’s Famous Cheesecake,” he told them. They eventually came around.

This was shortly after he locked himself in a bakery for a weekend to scale his recipe, or determine how to make it in large portions without losing the ‘love’ he gets with just one cheesecake. What started as a delicious and frequently requested hobby has blossomed into a successful and well-respected business. He has developed more than 50 flavors over the years. His ingredients are all natural and locally sourced.

Last year was his first go at Taste Washington after he was aggressively pursued by organizers of the event. He came in second place for ‘best bite’ and was on pace to be one of the top finishers of that honor this year.

Rusty’s Famous Cheesecake is distributed from South Park. You can find his creations in all of the Schwartz Brother’s, i.e. Daniels Broiler, Chandler’s Crabhouse and Spazzo, as well as all Whole Foods Markets (called Classic Cheesecake). A handful of specialty markets carry Rusty’s Famous Cheesecake. His newest venture is New Season’s Markets, mostly found in Oregon now, but expanding to Washington in the near future.

Down the road, you’ll be able to have Rusty’s Famous Cheesecake delivered to your door via Amazon Local Fresh and Amazon Prime Now. That deal is still in the works.

It’s a bright and creamy future for Rusty and his growing team. He credits his success to loving what he does.

“I just want people to be happy and eat more cheesecake.”

This event is the perfect place to expand your palate, try new things and eat yourself into a food coma. Each bite of food has been carefully planned and expertly prepared. Oh, and there’s wine too, lots of it. Two hundred thirty-five Washington wineries, some small novice wineries and others big and more recognizable are there and ready to pour. Every winery and restaurant brings their very best and you’ll be hard-pressed to find a bad sip of wine or bite of food. You’ll see famous faces including many Top Chef Alumni on the main stage demonstrating a dish you will get to taste. You’ll get to talk to the wine makers themselves who will answer questions, tell you about their process and help you decide what to drink. It’s an experience every food and wine lover should have.

You’ll see famous faces including many Top Chef Alumni on the main stage demonstrating a dish you will get to taste. You’ll get to talk to the winemakers themselves who will answer questions, tell you about their process and help you decide what to drink. It’s an experience every food and wine lover should have.

Rosalind Brazel is a self-professed food snob. She has been food obsessed since childhood and enjoys dining out as much as she does creating meals of her own. She was recently featured as a Cook-to-follow in Allrecipes magazine and served as a judge on the cooking show Dinner Spinner. She calls South Seattle home.