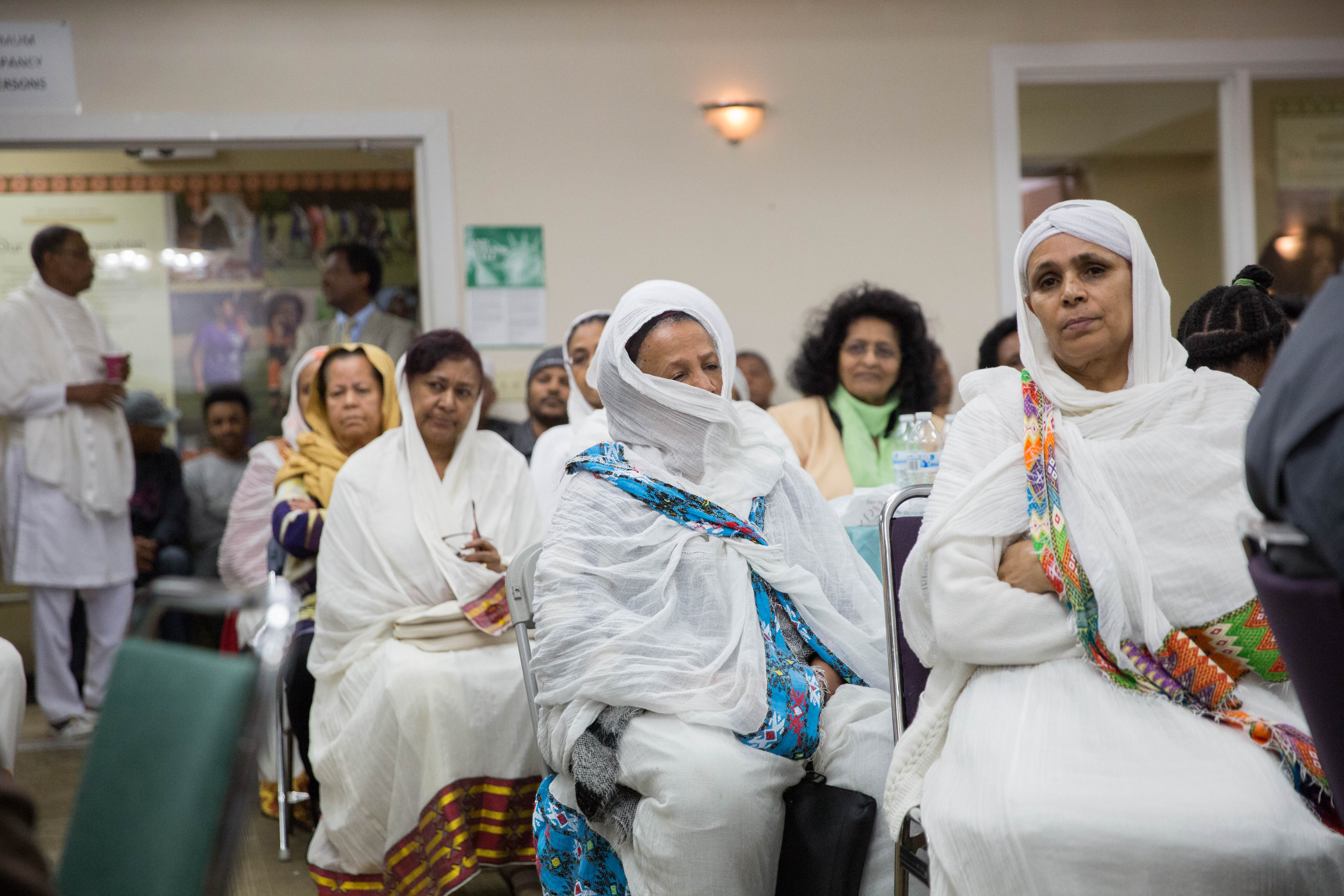 While some conservative pundits are busy categorizing immigrants as freeloaders, the nonprofit organization Ethiopian Community in Seattle (ECS)  — largely comprised of local immigrants — is busy making concrete changes for the city’s betterment.

ECS already bought a plot, built a building, and created a vast amount of services in the South End. They offer case management, translation and interpretation, education, counseling, and more. First established in 1983,  the organization’s newest goal is to create 90 or more low-income housing units, with a daycare center, and an opportunity for immigrant transitional housing so as to make adjustments to U.S. culture and society less traumatic.

Approximately 40 to 50 years ago, Ethiopians began leaving their country in droves. The migration was a result of a repressive regime overthrowing the previous monarchy. To make matters worse, the country then experienced unrelenting famine and drought. Many Ethiopian refugees fled first to neighboring Sudan, where there existed better opportunities for upward economic mobility before many traveled to the United States. ECS blossomed out of Seattle to help support transplanted Ethiopians with social services.

“But once we landed here, the actual process of adjusting proved far more difficult than we thought,” Dr. Alula Wase of ECS said, after having first spoken in his native tongue.

Because Ethiopian culture favors and prioritizes family time and community, adjusting to American culture’s fetish for individuality comes as quite a shock. In addition, should an Ethiopian be so lucky to travel to or with their family, it is often that landlords won’t lease to a larger group of people, or landlords will increase the rent tenfold.

“For seniors, it’s not that easy to try to manage through translators,” Wase said, “It becomes doubly difficult in an unfamiliar city in which they cannot communicate.”

Public transportation is also a problem for seniors, who often get lost when on foot. Another frequent symptom of adjustment: Anxiety, Wase explained, due to lost social status, loneliness, unplanned departures, and stress.

“They see the need to go to places like worship,” he said. “Instead, they choose to stay home. It makes their life worse. Why? Because, after awhile, they get depressed.”

For these reasons, ECS sees its investment in affordable housing and community centers as mandatory. But it’s not just for their community, though their hearts and loyalties clearly lie with their own, and understandably so.

To announce ECS’s new project, which will provide about 100 affordable housing units, the organization hosted a community gathering and presser in their South End location on Rainier Avenue to discuss its implementation. During these announcements, children freely roamed about, busying themselves.

Adults clad in white or dressed like they came from a business meeting exchanged laughs. Thrice-roasted coffee beans lingered in the air because it’s Ethiopian tradition to make coffee — and watch the labor of those making it — for such meetings. It was indescribably better than your average green-emblemed coffee shop.

Maron Kasahun from ECS said that the nonprofit has 1,700 members. The rooms of ECS’s meeting hall that evening were overflowing with people.

“All the members are a testament to the valor of immigrants and refugees,” Kasahun said, getting cheers from the crowd. Displacement isn’t new for the Ethiopian community, which led her to question the point of coming to the states if only to be forcibly pushed out again.

Joining ECS in its implementation of their affordable housing project, combined with early education and parking, is SouthEast Effective Development (SEED). Lance Matteson spoke on SEED’s behalf, explaining the more intricate details of development and permits.

“This isn’t an abstract idea or a politically correct idea, it’s a practical idea,” Matteson said, additionally expressing that the ECS building in which the announcements were held was a direct result of the Ethiopian community’s efforts.

“You’re not starting at zero, you’re building from a foundation that’s already excellent,” he said. “This is not a luxury, it’s essential that every project we do has that cultural artistic element.”

SEED previously implemented the Rainier Court Project, a clean-up project to remedy disposal and contamination from the 1930s and ‘40s that also created affordable housing for seniors.

“We are committed to this idea. If we hold this idea in front of us…we will push for it tenaciously until it’s realized,” Matteson said. “ECS will be in the driver’s seat in this process.”

Wyking Garrett of Africatown, addressed the crowd. He’s a third generation community-builder in the Central District, where his grandfather created the first Black-owned bank west of the Mississippi.

“Black people have been here since slavery and are refugees of the trans-Atlantic slave trade as well,” Garrett said. “When people think about what the value of African or Black communities adds to the world, it’s often overlooked. We know we add value.”

Indeed, the very idea of coffee-centered community gatherings is an Ethiopian-based concept — granted, also Italian. Jazz, and subsequently rock, wouldn’t exist without the African diaspora. Civil rights wouldn’t have come as far as they have were it not for the bodily sacrifice, unrest, and legal stances of so many African Americans.

Garrett explained that ECS’s efforts make sure the African American community “write[s] [them]selves into the future of Seattle.”

He also asked that everyone come together, and not be pitted against each other to get smaller projects done.

Samuel Assefa, from the City of Seattle’s Office of Planning and Community Development, immigrated to the United States in 1980, first landing in Chicago.

He explained that while Seattle has been growing economically, it’s only benefitted a part of the population. Moreover, Seattle has a deep history of racial segregation, most clearly visible through redlining, and old property and housing deeds. They explicitly state that houses cannot be sold to those Asian, Jewish, or Black people.

“History matters,” Assefa said. “The context in which we find ourselves today are directly related to those decisions of the past. Now the areas impacted by past racial decisions are being impacted again by displacement.”

Seattle City Councilmember Kshama Sawant showed up at the end to say a few words, and asked that a movement be built around affordable housing.

“When the community itself is presenting an option, where are the politicians?” she asked.

Mayor Ed Murray is said to announce the structure and process of the project in the coming months.

“Race and social justice should be the lens for areas we plan, and direct funds, and serve,” Assefa said.