If you have ever wondered what’s on young people’s minds, the Grand Slam is a tell all experience, intimate and vulnerable. Topics ran the gambit from the Orlando Shootings to Autism, body insecurities, anxiety, the black lives matter movement, intergalactic social justice, gender bending, trans positivity, absent parents, social anxiety and so much more.

“It’s not about the points, it’s about the poetry.” These words have been the mantra, spoken like an invocation at every slam to remind the audience that, though there is literally a panel of strangers with score cards who pass judgment on each poem, the points fade away. Though you might remember who won, no one remembers who scored what. It is the poetry, the passion, the experience of someone sharing their story that becomes indelibly inked on the brain.

“I love it,” said Carla Ferrazi, a student at Nova High School. She attended her first slam last year and has been hooked ever since. “I always leave there afterwards feeling very fulfilled and overwhelmed. Its just really amazing to see other young people who are able to be so good at what they love doing, especially because poetry is an art form that helps people be vocal.”

Ferrazi says it also makes her want to do more than watch. “I always feel inspired to take what I hear there an reflect it back into my own life. I literally make a google doc during slams and write things down as I’m going.”

Le’Onna Le also attended the event. It was her first time. “I was just frickin amazed. I was proud at the same time. It was also good to see the black girls get up there,” she said. “I was impressed because of the topics they chose to speak on, just like identity and how confident they were in who they were as individual.”

For many, both on the stage and off, the Grand Slam brought up a lot of feelings.

“It was emotional,” said Le. One of her favorite poems of the night was a piece written as a series of letters to a missing father written and performed by Deqa Mumin. “She told a lot of people’s stories through that poem. It took a lot of courage just to get up there and say that and not break down.”

While attending this year’s Grand Slam, I realized it’s not about the points or even the poetry, but so much more.  As we squeezed in next to one another in the pews, strangers and friends alike, there was a palpable feeling of camaraderie and a willingness to hear the nuanced, complex, and sometimes painful life experiences young people are going through.  I realized the magic of the slam is that we are invited to participate in sacred witness. We share in co-creating a space where young people can be heard.

And the youth right now are the truth right now. More than ever we need them to inspire us, to give us a hope and to lead us. Youth Speaks Seattle is one of several incredible youth serving organizations that is helping young people to get the tools they need to find their voices and to stand in this world with confidence. 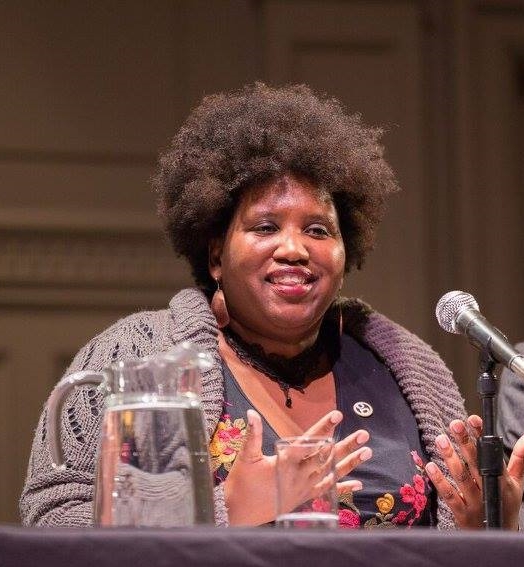 Reagan Jackson is a writer, artist, activist, international educator and award winning journalist. She is also the Program Manager for Young Women Empowered. Her self published works include two children’s books (Coco LaSwish: A Fish from a Different Rainbow and Coco LaSwish: When Rainbows Go Blue) and three collections of poetry (God, Hair, Love, and America, Love and Guatemala, and Summoning Unicorns). To find out more check her out at http://www.rejjarts.com.