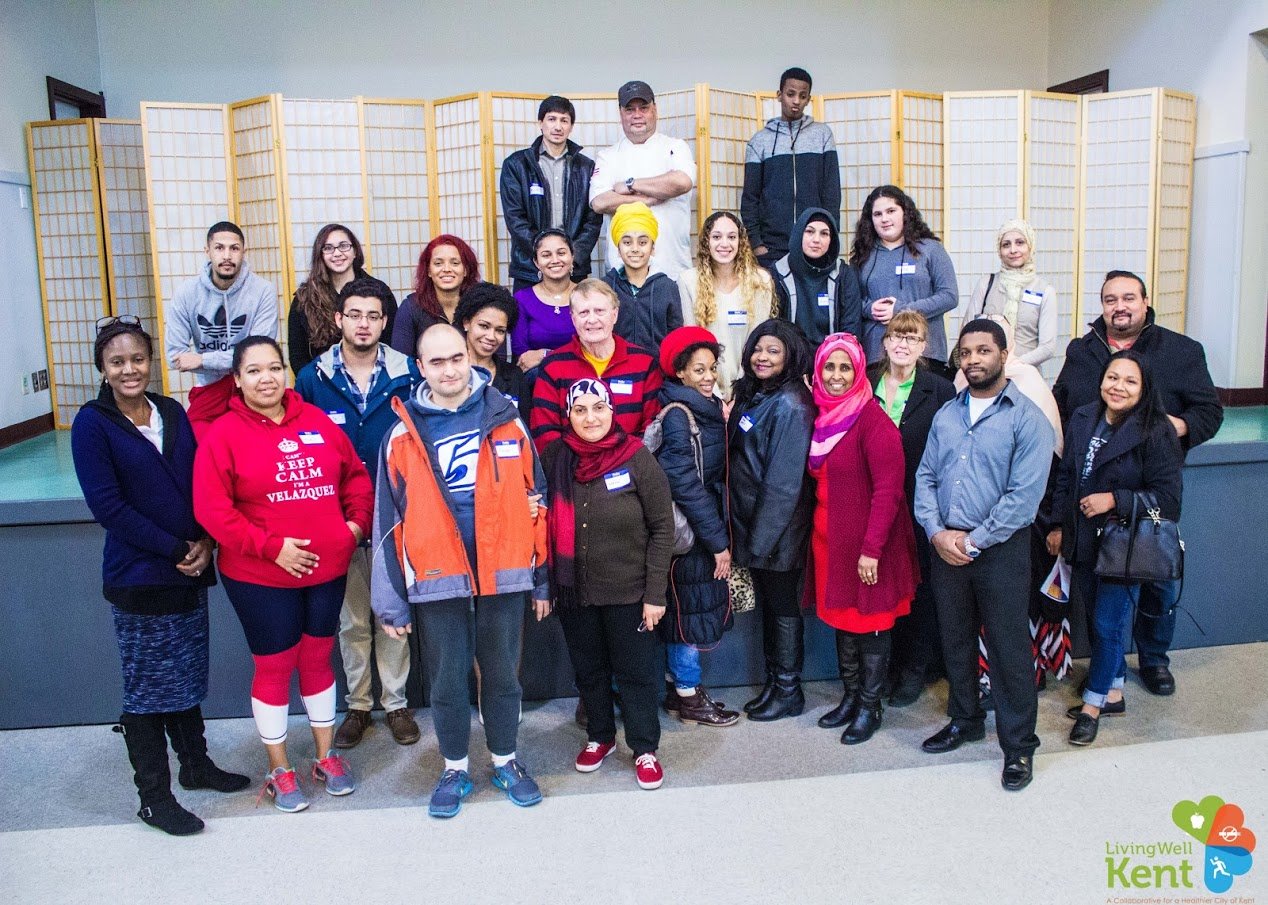 Next month, a new farmers market will sprout up on Kent’s East Hill.

Featuring produce by South King County farmers, it is the product of Living Well Kent, a grassroots collaborative led almost exclusively by immigrants, refugees and people of color.

The organization got its start with a 2014 Centers for Disease Control and Prevention grant aimed at improving health and wellness across the country.

Community led and community driven, the organization has created a platform to engage residents on issues around active and healthy living, with the goal of reducing health inequities, in some cases in their own languages and often in ways that are culturally familiar to them.

“Accessibility to healthy foods is not equitable to all communities because of a lack of income, transportation, lack of knowing where things are if you are an immigrant or new to this country,” said Shamso Issak, an organizational development consultant and LWK’s executive director.

“From the beginning, one of our goals was to have everyone in our community gain access to healthy foods,” she said.

The group focuses on systems change aimed at the root of health inequality. To that end, it has mobilized hundreds of partners – individuals, businesses, nonprofits, government agencies – across a range of initiatives and programs.

A 15-member Food Policy Council it created, for example, is exploring transportation options to help residents without cars get to grocery stores, the farmers market and other places where they can buy fresh, healthy foods. And it is collaborating with the YMCA to arrange swim times for women at a new facility under construction in Kent.

And through its Eat Smart Champions program, residents learn how to read nutrition labels, interpret ingredient lists and save money by checking the unit costs on products. And in addition to competing, participants in its monthly healthy cooking contests, make presentations on how cultural and other dishes can be made in a healthy, affordable way.

In her State of the City address this month, Kent Mayor Suzette Cooke recognized the group for its efforts. And at the May 2 city council meeting, she is expected to sign a proclamation, declaring May 13, the kickoff date for East Hill’s Farmers Market, as Kent Healthy Eating Day.

“Our vision forward is to leverage the momentum and grow the Living Well Kent experience, while continuing to build partnerships,” said Issak.

Living Well Kent was started by a small group of Kent area residents, including Issak, who had been meeting periodically to discuss barriers to resources facing immigrants, refugees and other low-income residents.

They recognized that changes occurring across South King County had drastically shifted the region’s demographics.

Skyrocketing housing costs were driving many families and people of color out of Seattle and into less expensive communities in the south. As a result, the cities of Kent, as well as Renton, Federal Way, Tukwila and SeaTac are now home to more people of color than White people.

In the fall of 2014, the group was awarded a grant from the CDC’s Partnerships to Improve Community Health (PICH) program.

Seattle-King County Department of Public Health distributed the funds to scores of organizations, including government agencies, schools and nonprofits, with the goal of creating opportunities for more physical activity and healthy living, among other factors, particularly in South King County.

“They’ve done a lot of work reaching out to partners in Kent and beyond and learning from other communities,” Lacet said.

“It’s a good example of a community coming together, identifying both their challenges and strengths and moving forward to improve the lives of residents, especially those impacted by health inequities,” she added.”

To help it fully understand the community’s needs, LWK began by conducting targeted, multi-language focus groups. The idea, she said, was to learn how different communities defined “healthy foods’’ and how they accessed such foods.

Participants expressed concerns that suggested food insecurity. They talked about a scarcity of accessible grocery stores, especially for those dependent on public transportation. And some immigrants said existing supermarkets didn’t offer enough grocery options from their culture.

The findings were so inconsistent with the county’s own health assessment for Kent that LWK conducted its own assessment last year and determined Kent’s East Hill constituted a food desert.

“That’s something the county data didn’t show,” she said.

LWK used the assessment as the basis for establishing its program priorities and its Food Policy County used it as the basis for a strategic plan to address community needs around accessing healthy, affordable foods, including creation of the farmers’ market.

The council also collaborates with agencies and other organizations throughout the county to influence policies that directly affect the health of Kent residents.

“This has resulted in a diverse core group of people working together, in spite of differences in language, race, ethnicity or other differences,” Issak said.

One recommendation, for example, was to partner with Kent Public Schools to introduce culturally diverse school lunches, similar to what’s available in other districts.

But the plan went sideways when parents at Kent schools, misinterpreting the intention, began accusing the district of trying to introduce halal foods (food prepared in accordance of Islamic law) into its schools.

While the group has backed away from that idea for now, it continues to collaborate with the district, including a Healthy Food Cooking Contest for youth that was held April 19.

But perhaps the Food Policy Council’s most significant recommendation in addressing shortcomings exposed by the assessment was the East Hill Farmers Market.

While the Kent Lions Club has operated a market in Kent for many years, Issak said LWK’s assessment found that many low-income people on East Hill and West Hill don’t often use it because they don’t find it accessible or affordable.

“If they lack their own transportation, there’s no way for them to get there,” Issak said.

In addition to healthy and local food options, the East Hill market, scheduled to run monthly through the fall, will also feature cultural music and family activities, Issak said.

On May 13, it will run between 9:30 a.m. to 5 p.m. at Morrill Meadows Park in Kent. The market will open on Fridays through the rest of the year.

LWK has partnered with the mobile farm stand,  Roots of All Roads (ROAR), headquartered in South Seattle, to help connect with local growers and vendors in South King County, Issak said. And it is getting help from the county to train co-op members to operate the market after this first year.

“We are building capacity in the community to do this,” she said of the co-op. “We will be the backbone support…”

She said the organization plans to implement a number of programs to assist low-income residents at the Kent East Hill Farmers Market, including Fresh Bucks and Supplemental Nutrition Assistance Program (SNAP).

Under Fresh Bucks, an incentive started five years ago by Seattle’s Office of Sustainability and Environment and the Neighborhood Farmers Market Alliance, every food stamp dollar spent at a farmers market or food stand is matched up to $10 a day.

Vendors won’t pay a fee to set up stalls but will be encouraged to offer donations, she said.