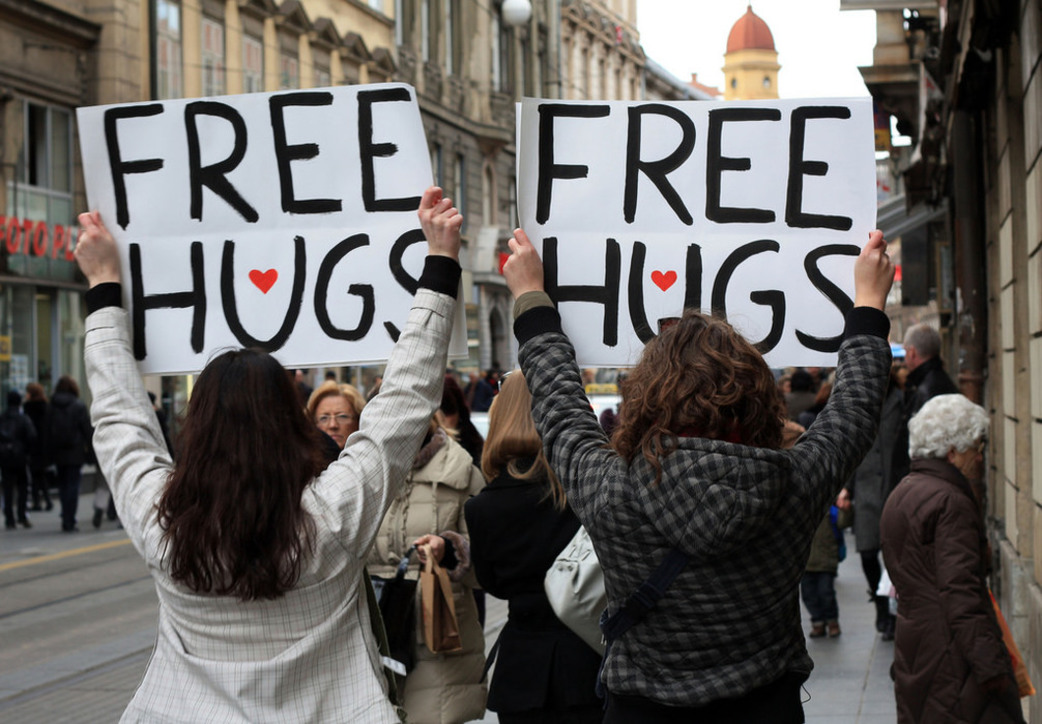 Start with two rescued Greyhound dogs, add two vegans (a mother and daughter) and move them to a large apartment building in a rapidly gentrifying neighborhood (Columbia City) and what do you get? Community, of course.

Meet Alison Tibbals and Melissa Tibbals-Gribbin. Recent transplants from Arizona, they are part of the wave of people moving to Seattle and changing life here for the better. In an interview with them, we discuss their journey, how they became vegans, their support of Nikkita Oliver for Mayor of Seattle and their dogs.

They moved to Seattle from Arizona and said that the town they lived in, Tucson, is a lot more like Seattle than the rest of the state that gave us Sheriff Joe Arpaio. They can be spotted around the vicinity of the Angeline, at Edmonds and Rainier Av. S, with their two Greyhounds, dogs they rescued from a life of competitive racing. The dogs were once capable of going 40 miles an hour chasing a mechanical rabbit.

Artemus and Audrey can’t go that fast anymore, but have to wear muzzles when they go to the dog park. Not that they would bite smaller dogs which they might mistake for mechanical rabbits, but they might catch them by the neck and shake them until they stopped moving. They have always been sweet to me and love attention. You can tell the way Artemus’ jaw starts chattering that he is happy, or so I am told.

But these two humans love Columbia City, are aware of their roles as “gentrifiers and white people” in Melissa’s words and that fact makes being good neighbors a higher priority for them than it might have been somewhere else.  The Greyhounds help, because the dogs attract friendly people, but staging events like #IdesofTrump, in which people were invited to their apartment to send critical postcards on March 15 to the President.

Another political occasion was their Inauguration Day event, The Day of Distraction, a day to gather in community of like-minded people without political discussion, a la a memorial service. Residents of the Angeline and non-residents, such as people they knew only on Facebook as Bernie Sanders supporters, attended and commiserated, cried and shared stories.

Alison mentioned that one neighbor came simply because she saw a sign on the elevator that said hugs were being offered. As this neighbor was new to Columbia City and the Angeline, and scared for the turn of events with the new President, the sense of community was immediately appreciated. A new friendship was born that day. More importantly, it is through experiences like this in opening up their home, being vulnerable, stating their concern about the state of the union and allowing strangers to have a place to be vulnerable, that they are finding out who there are “on a deeper level than they ever expected to” says Alison.

Hosting has allowed them to limit chances to experience the dreaded “Seattle Freeze”, the phenomenon that people experience as not kind or welcoming to newcomers to the city and prefer their own cliques.

When people see them together, perhaps walking the dogs, many assume that they are a May-December Lesbian couple. They do little to dispel such thoughts, even though they are straight and even like to see how people react when they tell them they are Mother and Daughter, and this leads to some amusing encounters.

If you talk to them about the 2016 Presidential election, they’ll tell you Bernie Sanders did not get a break and the DNC is to blame for Trump. If you ask them about the 2017 Seattle Mayoral Election, they say though it is early, they support Nikkita Oliver, are grateful she is not taking corporate money and that she “walks her talk.”

Sometimes the best way to understand someone is by reading something they wrote and below find a Facebook post Melissa wrote for the page they created for residents of the Angeline Apartments. I can think of no better ending note than this, but do believe these two are Rainier Valley People you should know.

We have several neighbors who don’t live in the building, but whom you will see on your way to PCC, the light rail, the bus, or the bank. Let me introduce you to them, if you haven’t already met:

DON** sells Real Change* outside the main entrance to PCC most weekdays. He’s a voracious reader, a poet, and a really nice guy. He’s always got time for a conversation. New issues of Real Change come out on Wednesdays.

BECCA** and WILL are a long-time couple. He can often be found outside the Edmunds entrance to PCC, and she is usually nearby just west of where cars exit to Edmunds. They live in a tent not far away. Becca recently suffered a spider bite and was hospitalized for a week while she received IV antibiotics. Unfortunately, the wound is not healing and she will require a skin graft.

CURTIS is the security guard at BofA and an Uber driver. He’s got a soft spot for animals, and would love to give your pup some scritches. He sometimes has treats in his pocket for the good dogs, and aren’t they ALL good? EDITED TO ADD: Curtis loves kids too!

Don, Will, and Becca are all EXCELLENT huggers, and enjoy real conversation and meaningful contact instead of or in addition to any financial or food help you may give them.

I haven’t hugged Curtis, primarily because I wouldn’t feel OK hugging a person who wears a gun if there is any chance they might think I’m reaching for it. But he has a fine handshake ;).

** Don and Becca are cigarette smokers. If you’re a smoker and have an extra one, or want company while you are indulging, they would be very happy to help you out, I’m sure!

Paul Nelson is a poet, interviewer, father and literary activist engaged in a 20-year bioregional cultural investigation of Cascadia. He currently lives in Columbia City and writes a monthly column about the neighborhood for the South Seattle Emerald.