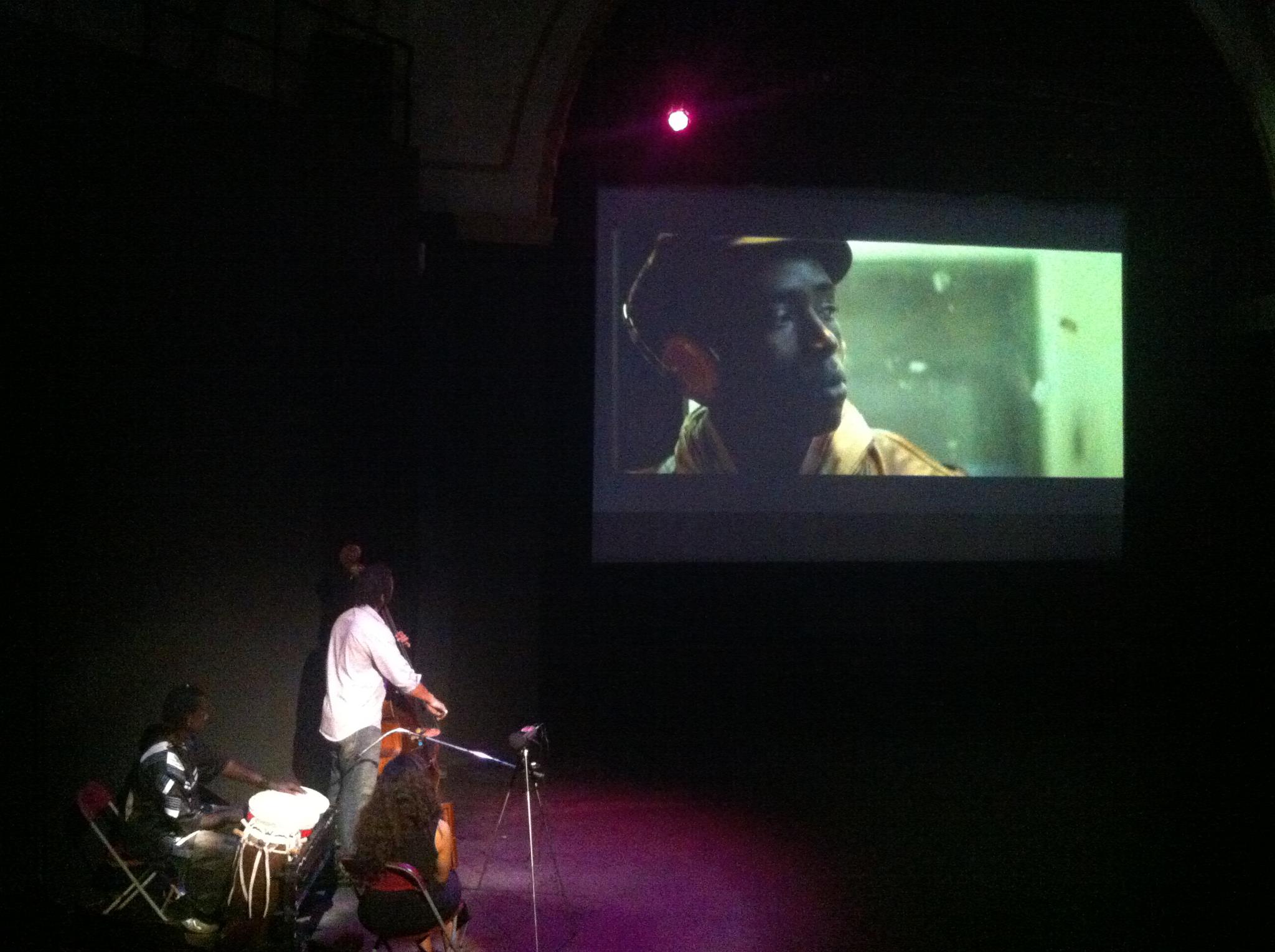 What if the richest local businessmen in Seattle knew that their own legacy would depend on how much they supported the arts in their town, like the Medici Family in Florence? Can it happen here? We can dream can’t we? If there is an emerging Seattle culture, it sounds more like Jazz than the grunge of the 90s or even artists like Macklemore, if Evan Flory-Barnes is any indication. See his band, or “brotherhood” as he likes to call it, Industrial Revelation, and know that something swinging AND spiritual, something informed by Hip Hop AND Bebop sounds like it could only come out of multicultural Seattle.

Rare is it in our day and age, in these Trump times, that an artist can suggest things like bands need to do their “soul work” and need to be more authentic. Flory-Barnes says art would be well-served to expand beyond a capitalist value system, that artists should be in the “soul-nourishing business” and the artist’s dilemma between content and commercial success is irrelevant when you work on a deep soul level as it is clear he does with Industrial Revelation and his other projects.

Evan Flory-Barnes is becoming an internationally-known bassist and composer and he grew up in the Rainier Valley, in a very creative family, with singers, musicians and visual artists. Hearing his Dad play music by Curtis Mayfield, Marvin Gaye, the Isley Brothers gave him a lasting appreciation of that era’s music, which he says has more warmth, depth, character and more of a personal nature than much of today’s music. But growing up, hearing the music of the AME Church and the organ music at St. Edwards also imprinted deep in his psyche the possibilities of music as channel for spirituality.

In an echo of Michael Jordan being cut from his high school basketball team, Flory-Barnes is a graduate of Garfield High who did NOT play in the world-renowned Jazz program there, but instead was in the orchestra under the tutelage of Marcus Tsutakawa, who he cites as a mentor. He became familiar with composers like Ravel and Stravinsky at Garfield, but also had a Hip Hop group (Maroon Colony) and dabbled in Grunge music as well.

A deep spirituality courses through his thoughts when you ask him about his own development. He cites influences like Wayne Dyer, Eckhart Tolle, Thich Nhat Hanh, Rumi and Kalil Gibran. Spirituality also informs his response to our era’s treatment of young Black men by U.S. police departments, which he would characterize as a “soulful, loving defiance.”

He may as yet be best known for his work with the quartet Industrial Revelation, which features D’Vonne Lewis, Aham Oluo and Josh Rawlings. The “revelation” he says is to BE the essence and beauty of the listeners at their concerts and to reflect that back to them. Far from pretentious, he sees this work as “a sacred honor” and an alternative to the capitalist system giving people the experience of being in touch with their own value as human beings. This notion he says is at the core of what the “revelation” is, in his mind.

Talk to him about his recent trip to Europe and he’ll talk about the Medici Family, the feeling in Europe that the people of the U.K. post-Brexit are no longer the world’s “assholes” but U.S. citizens are since electing Donald Trump as President. He’ll talk about how a city as wealthy as Seattle ought to do better for homeless than we’re doing right now, but that we could serve as examples of how to have a culture here that is creative, inclusive and dynamic. He believes that now is the time to begin to claim that task and act on it. You feel his optimism as much when he says it, as when he plays it in concert on his stand-up bass. How will we get to the inclusive culture he envisions? One can assume a country’s soul work is as, if not more, important than an individual’s own, as in the case of Germany, which he says has apparently come to terms with its own atrocities, something not happening in today’s “United States.”

And the score for the work of soul-building? Flory-Barnes would tell you it is his upcoming performance of: The Music of An Acknowledgement of a Celebration: Inheritance, Authenticity and Healing at the Neptune Theater on May 18. The project’s movements all have an autobiographical nature and the influences range from Stravinsky to A Tribe Called Quest, or can be imagined as “Curtis Mayfield meets Bjork.”

It is a rare thing in this day and age for an accomplished artist younger than 40 to speak so openly and directly about spirituality, authenticity, individuation and how we can respond to the hate of our day with “soulful loving defiance” but can there be any other way? What a model we have in our midst, reflecting the beauty that we sense is original to Seattle. Evan Flory-Barnes calls us to amplify that in our own lives and this makes perfect sense to me.

Paul Nelson is a poet, interviewer, father and literary activist engaged in a 20-year bioregional cultural investigation of Cascadia. He currently lives in Columbia City and writes a monthly column about the neighborhood for the South Seattle Emerald.