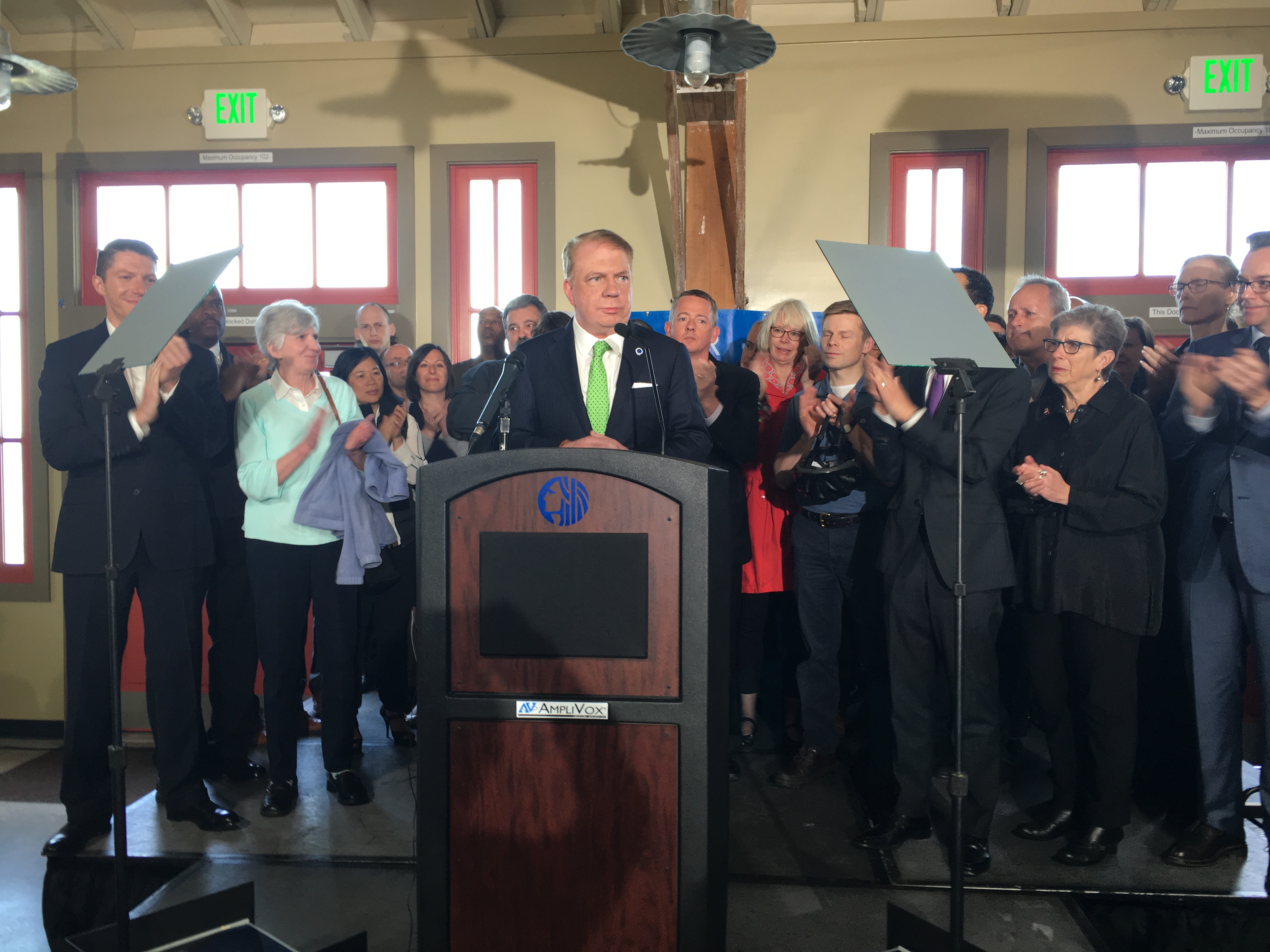 This morning, at the Alki Bathhouse in West Seattle—the neighborhood where he was born and raised—Mayor Ed Murray announced that he will not seek reelection.

Until a month ago, Mayor Ed Murray had what looked like a clear path to reelection, with an approval rating that reportedly topped 60 percent. But all that changed in early April, when the Seattle Times broke the news that a 46-year-old man, later identified as Delvonn Howard had filed a civil lawsuit accusing Murray of sexually abusing him when Howard was a teenager and Murray was in his late 20s.

Facing reporters at the Alki Bathhouse, backed by dozens of supporters, many of them crying, Murray was ashen as he read a prewritten statement from a set of Teleprompters in a trembling, halting voice.

Murray categorically denied the allegations against him, saying that they “paint me in the worst possible historic portrait of a gay man, before adding, “But the scandal surrounding them and me is hurting this city. It hurts those who have been victims of abuse. It hurts my family it hurts [Murray’s husband] Michael [Shiosaki].”

Murray said he will serve out his term, and that “I will be just as active as mayor as I was at the beginning of my term.”

“My heart aches,” Murray said. “Since I was 12 years old, politics has been my life and my dream, I laid on the grass on this beach and read children’s books about FDR and JFK and PT-109. I tagged along as a five-year-old when my mother doorbelled for John F. Kennedy. From this, an idea came to me and the love of politics was created in me, and from that came a career, and I have the best job in politics. This lifelong love, this political career, this career that has been my life,  will come to an end on December 31. It tears me to pieces to step away, but I believe it is in the best interest of this city that I love.”

On Monday, the Seattle Times reported that Murray’s supporters hope to set up a legal defense fund to help him defray the cost of litigation, which could cost upward of $1 million, and have requested guidance from the Seattle Ethics and Elections Commission about whether the fund will pass ethical muster. By stepping down, Murray has likely made their decision easier—one probable factor in Murray’s decision, reportedly made over the weekend, to announce his decision not to run today.

Quoting Daniel Patrick Moynihan, Murray concluded: “To be Irish is to know in the end that the world will break your heart. We thought we had a little more time.”

One thought on “Murray Won’t Seek Re-Election, Will Serve Out Term”