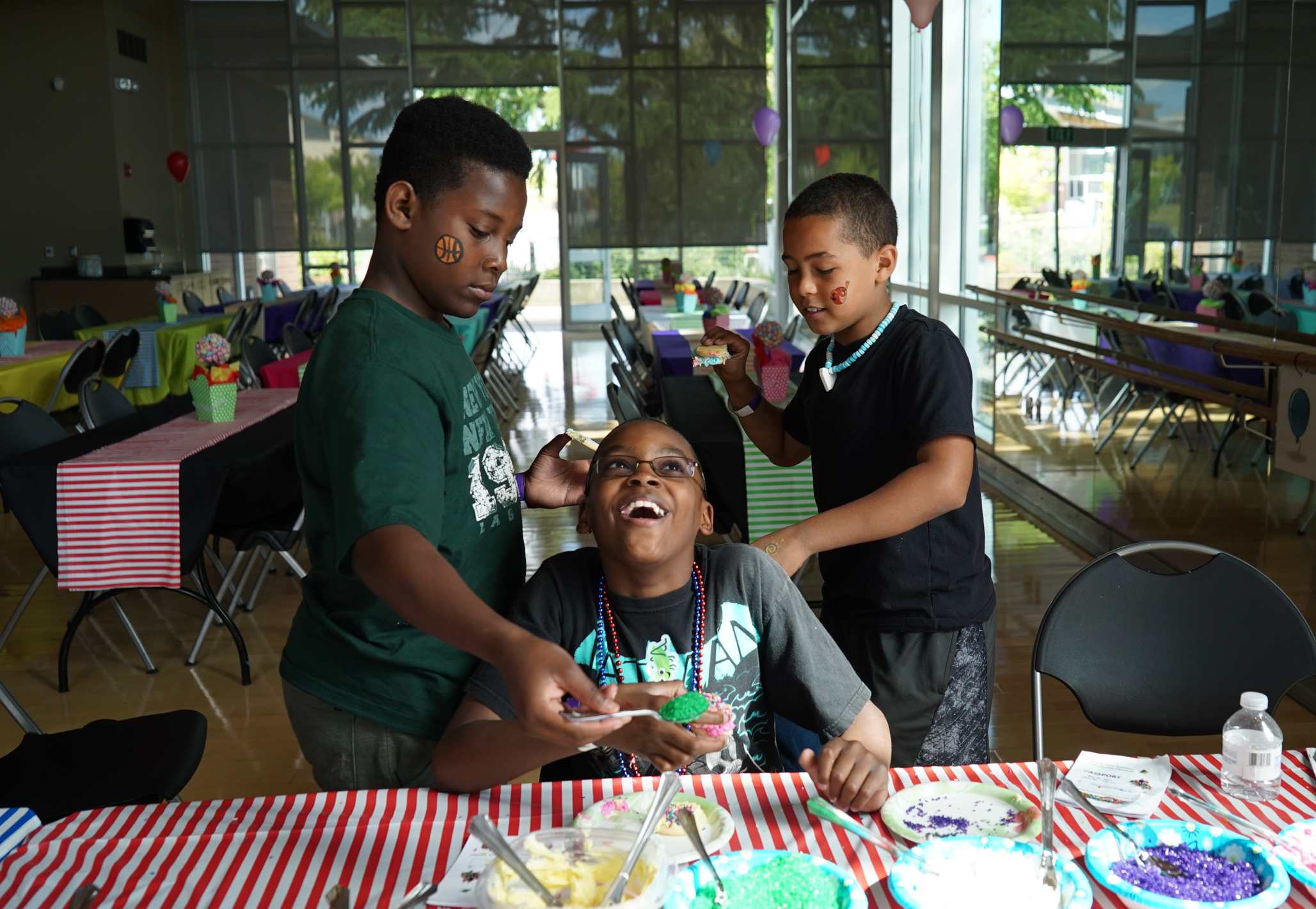 The carnival was organized to support children and families with incarcerated loved ones, giving them a chance to have fun and discover the resources available to them.

At the Town Hall local residents, community organizers, elected officials, and mayoral candidates all joined together to discuss the state of the Rainier Beach neighborhood. They also found out Rainier Beach’s grade on the “Neighborhood Report Card”, a collaborative effort between the Rainier Beach Action Coalition and student researchers at the University of Washington gauging how the community is fairing and improvement areas.

The community received a B with housing and education named as two areas needing to be improved upon. For the full report visit www.rbcoalition.org.

Both events included lunch and entertainment.  Local talent performed and a capoeira group gave a demonstration at the Town Hall.

The Carnival which was geared for children included games; face painting and sugar cookie decorating.  Kids received a passport when they arrived at the carnival. They also received a stamp for every game played and every resource table visited during the day.  If they filled up their passport they received 50 percent off a swim pass at the community center.

Numerous Community Partners contributed to the success of both events.  The Carnival was organized with the help of the King County Community Partnership for Transition Solutions, the Washington State Department of Corrections, Re-Entry Corp, the Seattle Public Library, South Seattle College and Seattle Parks & Recreation. Lunch was provided by Panda Express through the Tzu Chi Foundation.   In addition to the 50 plus volunteers at the Carnival members of the Vet Pod Knitting Club, which is made up of incarcerated veterans at Stafford Creek Correction Center in Aberdeen Washington knitted stuffed animals for carnival prizes.  The Rainier Beach Town Hall received support from Got Green, South Lake High School, the Rainier Beach Action Coalition and several other groups committed to making Rainier Beach a wonderful neighborhood.

Both events ended early giving  participants and attendees an opportunity to enjoy one of this month’s rare sunny afternoons.

Featured image by Susan Fried: Marqua, 11 and his friends Jaden 10 and Brandon 11 goof off at the sugar cookie station during the “Spring Into Summer!” Community Carnival