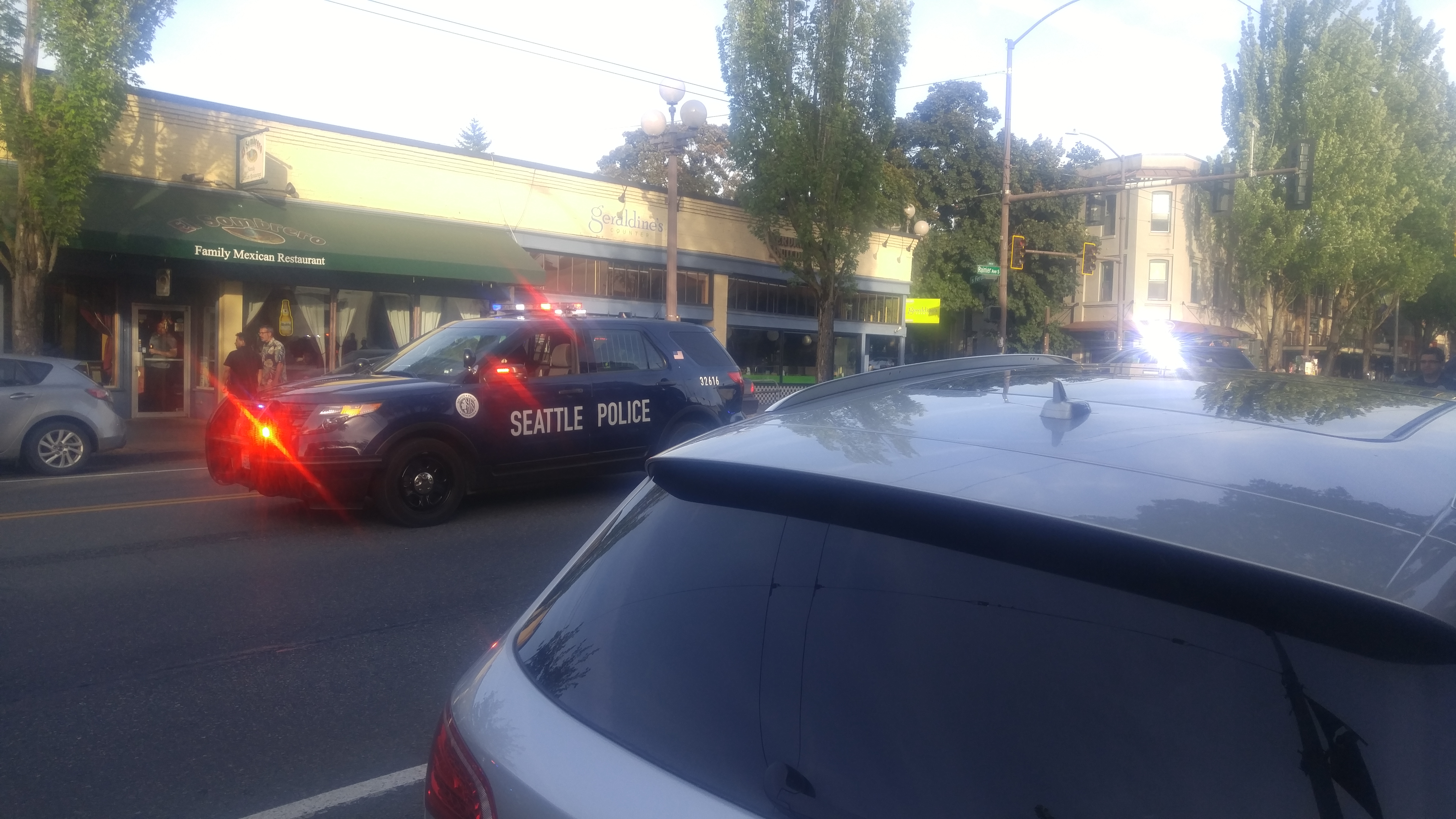 Seattle Police say they are investigating after occupants of two vehicles exchanged gunfire of the 4800 block of Rainier Avenue South on Monday evening on the Columbia City neighborhood.

Currently there are no known injuries, however there was property damage to surrounding businesses and vehicles.

The incident began at approximately 7:00 pm on Monday evening.

SPD says witnesses reported the occupants of a green Chrysler  travelling southbound on Rainier fired shots toward the direction of a silver Honda, travelling northbound.  The Honda sped away, colliding with another vehicle at Rainier and S. Edmunds.

After the collision, the Honda continued driving away. Seattle Fire responded and treated the driver of the other vehicle for minor injuries sustained during the collision. The Chrysler drove past 35th Avenue South and South Ferdinand Street were additional shots were fired from the suspect car. The Chrysler was last seen travelling northbound on Martin Luther King Jr. Way S.

Rainier Avenue South was shut down between South Edmunds and South Ferdinand Street while officers completed their investigation, with buses and cars being rerouted.

Gang Unit detectives will be following up on the investigation. SPD is encouraging anyone with information on the incident to contact them.