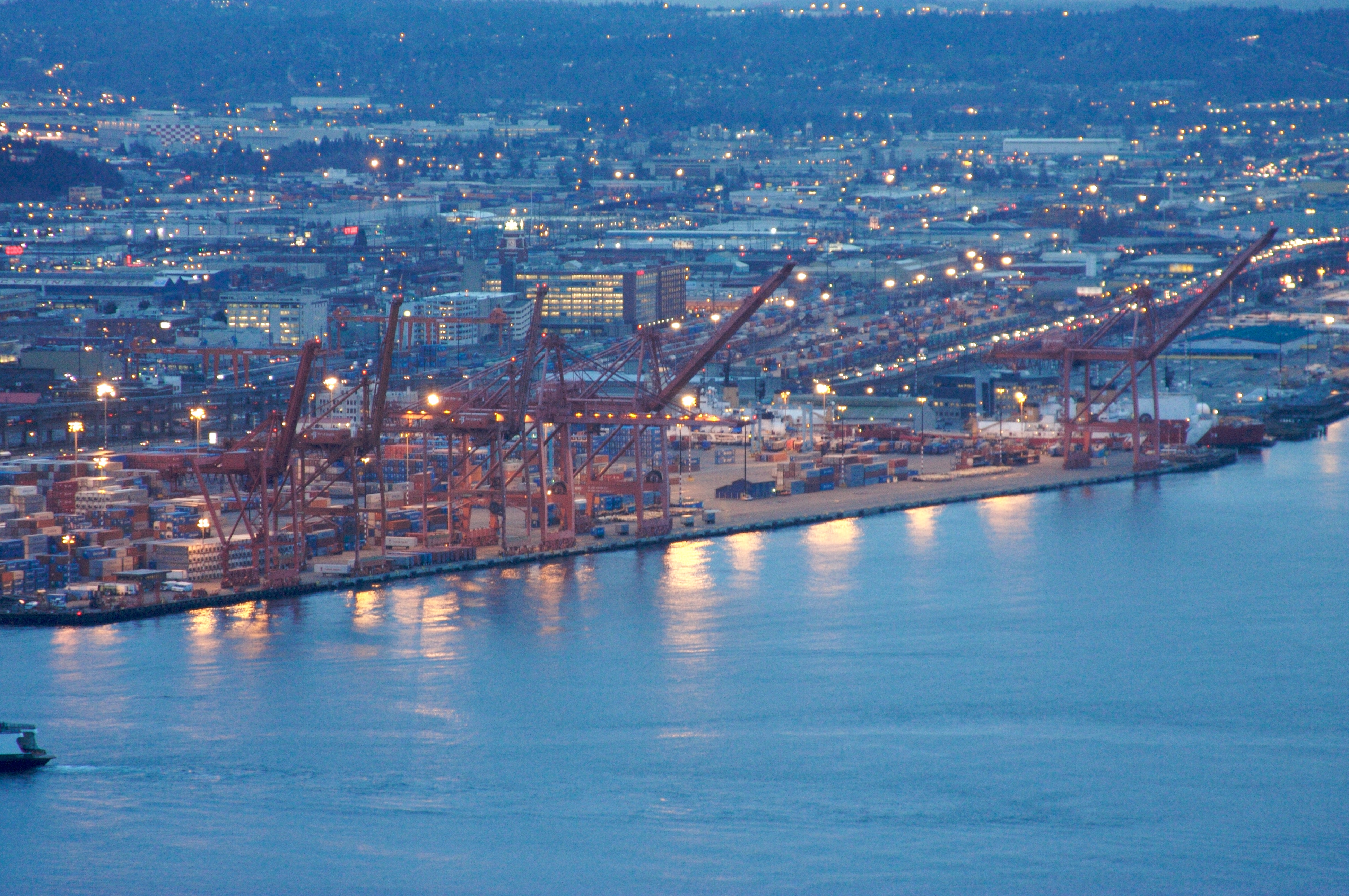 After the November 2016 election, countless Americans vowed to become more interested in and engaged with politics, particularly those which directly impact their community—and they couldn’t have picked a more eventful year to do it. Between the truly unprecedented drama unfolding at the national level, yet another year of budgetary standoff in Olympia, and a mayoral field that’s close to two dozen deep, there are plenty of races and issues to spend time pouring over.

There are also a lot of races and candidates who are likely to go largely unnoticed. Among them: the three Port Commissioner positions that will be on the primary and general ballots in August and November.

What the Port Commission Does

The Port of Seattle Commission is composed of five Commissioners, each of whom are elected by the public of King County and serve four-year terms. The Commission is responsible for overseeing the goings on of the Port of Seattle, which include the airport and most of the shipping and receiving operations of the state. They can purchase land, levy property taxes, and issue bonds. In a sense, the Port Commission is like a hyper-local City Council which has influence over huge sums of money and property.

Between the various departments, the Port  directly supports 1800 people, with reports estimating it generates close to 130,000 jobs—many of them government employees, receiving robust government benefits packages—and generates more than 215,000 jobs in total accounting for $9.6B in personal revenue annually.

In effect, the Port employs more people than Boeing and Microsoft combined, and it’s responsible for funneling a lot of money into the hands of local folks.

Decisions about the Port, then, impact hundreds of thousands of families and their economic empowerment; the most recent example of their influence on jobs and wages occurred in the state’s high courts, where they spent years fighting the City of SeaTac’s voter-approved initiative to increase the minimum wage to $15.

The Port was instrumental in the SeaTac minimum wage challenge, which withheld wage increases from airport workers for years as the courts decided whether the separate government entity was required to pay the higher wage.

During that time, though, the Port Commissioners—lead by Bill Bryant, who would later go on to challenge Governor Jay Inslee on the Republican ticket in 2016—submitted a resolution proposing an increase to $13 by 2017.

Ultimately, the State Supreme Court determined the airport and the Port were required to pay the minimum wage of the surrounding city; following a lawsuit from workers, legislative action compelled airport merchants and vendors to pay $12M in back-pay in 2016.

The back-pay didn’t come from the pockets of taxpayers—but many of the legal fees to defend the Port did.

The Port routinely racks up big legal fees as a result of digging in their heels; their 2015 expenditure report shows that the legal battle over Terminal 5, which the Port Commission decided to let Shell to use, a decision that resulted in days of protest from environmental activists, was a major contributor to an unexpected $345K in legal fees for the year.

And reports released in 2017 revealed the port spent $1.7M to defend themselves and Commissioner John Creighton, specifically, from two lawsuits regarding alleged discrimination in concessions contracts at the airport.

In February of this year, the Port stood behind their decision to issue $5M in bonus pay to 650 employees, in spite of the fact an audit determined the payout was unconstitutional. According to a KUOW report, “commissioners will attempt to collect some of the money back and are weighing future legal action.”

Which is why who’s on the Port Commission matters. Leadership at the Port has been responsible for some unpopular and expensive decisions—some of them more newsworthy than others—and the races have become heated as the future of the Port comes into focus.

Why These Races Matter

The Port has played a major role in some of Seattle’s most critical matters; they have helped land major contracts and assisted with the shift to container-based shipping, which ensured our waterfront remained a major economic driver.

More recently, the Port has been in an almost constant state of flux, cycling through CEOs and turning over a handful of seats. And the churn doesn’t show any sign of slowing. Substantial decisions will come from the Port of Seattle Commission in the next several years. Environmental issues attached to shipping, waterway usage and regulation, and oil and coal transportation; the future of Key Arena and a potential SoDo stadium; the implementation of wage increases and other changes to labor laws.

They’re also responsible for providing checks and balances within the agency; when it was made public that Port CEO Ted Fick had given himself a substantial raise—which the Commission had approved, but didn’t realize would apply to Fick, who also allegedly accepted improper gifts and may have also been involved in incidents of sexual harassment. The Commission suspended Fick in February, but not before the agency became mired in scandal…again.

Now, with Fick out, the Commission will be instrumental in Port (and the City’s) next steps.

A seat on the Port Commission is often a springboard to other, more visible spots, as well; in addition to one of the first Commissions, Hiram Chittenden, notable members of the Commission include Ivar Haglund, the late Mayor Paul Schell, and Representative Gael Tarleton (who was replaced by Courtney Gregoire when Tarleton left the seat to move to the state House of Representatives).

Just one or two changes can create a sizeable shift at the Port. Last year, when Bryant left his seat, environmental consultant Fred Felleman ran for the vacancy and won, dramatically shifting the tone and makeup of the Commission. Now, two more incumbents—the aggressively non-controversial Stephanie Bowman and the well-funded, often unopposed, accused sexual harasser John Creighton, who’s been in the seat since 2005—are trying to save their spots, while a third, which was vacated by Tom Albro, is up for grabs.

And, as opposed to previous years, where re-election was a sure thing for Creighton and Gregoire only had Goodspaceguy to content with, this year’s group of challengers are passionate, interesting and could instigate real change.

Candidates include the Fair Work Center’s Ahmed Abdi, a Somali immigrant who worked on the ground against the Port during the fight for $15. Challenging Bowman, he’s been making the rounds and working on collecting endorsements from the Legislative Districts.

Ryan Calkins, a charismatic importer and father of three, is taking on Creighton in the hope a progressive message resonates. Eight candidates have filed for the seat Albro vacated; those include former Seattle City Councilmember and one-time Mayoral hopeful Pete Steinbrueck, businessman Fernando Martinez and longshoreman and labor leader John Persak.

The Port of Seattle represents a nexus of business and government, of environment and jobs. The agency could, potentially, be a truly bipartisan driver of growth and equity. But it’s also been a hotbed of handshake deals, questionable decisions, and disenfranchisement of workers and taxpayers.

Changes to the Port Commission can be hugely influential—but voters have to pay attention to make it so.

3 thoughts on “Why The Port Commissioner Races Actually Matter”