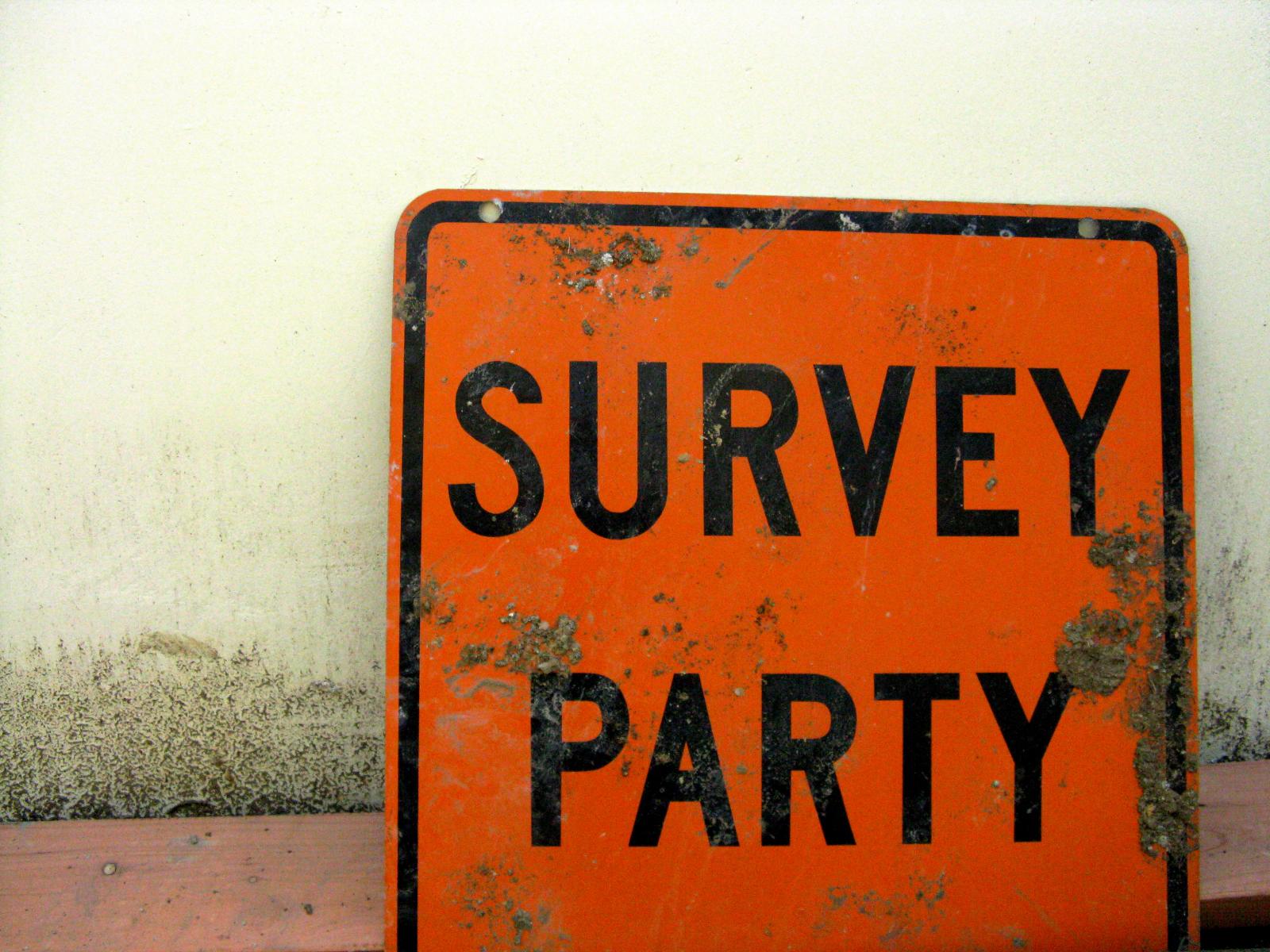 The new King 5/SurveyUSA Mayoral Election poll currently making the rounds appears to be an attempt to frame the two establishment candidates, Mike McGinn and Jenny Durkan, as the front runners, while pushing progressives and third-party candidates out of the running. However, a closer look at the poll reveals some interesting (and inconvenient) truths.

First, let’s take a look at who was polled. According to SurveyUSA, the survey was conducted from “06/06/17 through 06/18/17” using both telephone (landlines) and online surveys. They report that 900 adults were surveyed, “800 were registered to vote.”

Some information is given about the ages of those polled, but little information is provided on how the survey sample was chosen. For example, their methodology states, “The youngest male is requested on approximately 30% of calls to home phones, the youngest adult is requested on approximately 70% of calls,” yet doesn’t mention how the particular households were chosen or what criteria was used in selecting the families to be surveyed.  This lack of transparency makes it difficult to ascertain if the people surveyed were purposefully targeted, providing skewed data. It is also unknown who actually paid for the survey, though I have my suspicions.

Now, look closer at the numbers, which are not as clear cut as they may seem at first glance. The poll shows McGinn in first place with 19% with Durkan in second with 14%. The poll shows Nikkita Oliver in third place, with 9% of the vote.

However, with a 4.5% margin of error, statistically speaking Oliver may actually be neck and neck for second place with Durkan. Unfortunately, this fact is not mentioned by King 5 News, perpetuating a false narrative of a close mayoral race.  This is blatently obvious with the graphic King 5 used on-air when discussing the results of the poll.  The only candidates whose names appear are Mike McGinn and Jenny Durkan: 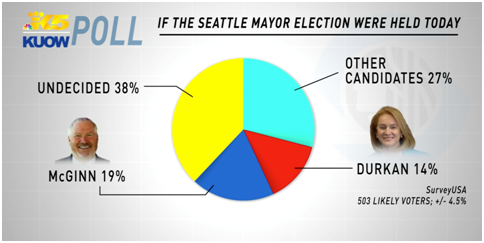 King, one of the most widely accessible news outlets in Seattle, has enormous influence over public perception and has a responsibility to provide clear accurate reporting on elections. Fail.

Additionally, the poll shows that “4 in 10 are undecided,” meaning nearly half of Seattle (well, half of the 900 folks surveyed) have yet to decide on their decision for mayor. This clearly shows, despite the narrative being pushed by King5, that the Seattle Mayoral Race is FAR from decided.

Making matters worse is the terminology used by the survey to describe the candidates. Looking at the full polling data provided by SurveyUSA, it describes Nikkita Oliver, the noted lawyer, educator, activist and poet as simply: Nikkita Oliver “artist.” McGinn and Durkan, on the other hand, appear to have no descriptor. Yet, Moon is referred to as: Cary Moon “civic activist.” How and why these descriptors were used is unclear. What is clear is that pigeonholing the less establishment candidates in to narrowly defined roles, marginalizes their campaigns and benefits the establishment candidates. At the very least, it is far from unbiased.

Sadly, this poll is already making the rounds in other major media outlets, without the benefit of serious journalistic scrutiny. As a result, the front runners of the Seattle mayoral election are being decided, not by the public, but by the mainstream media and those with the funds to bankroll expensive “unbiased” polling data.

Todd Bohannon is a Seattle-based educator

One thought on “The Seattle Mayoral Polls Prove One Thing; This Election is Far From Decided”