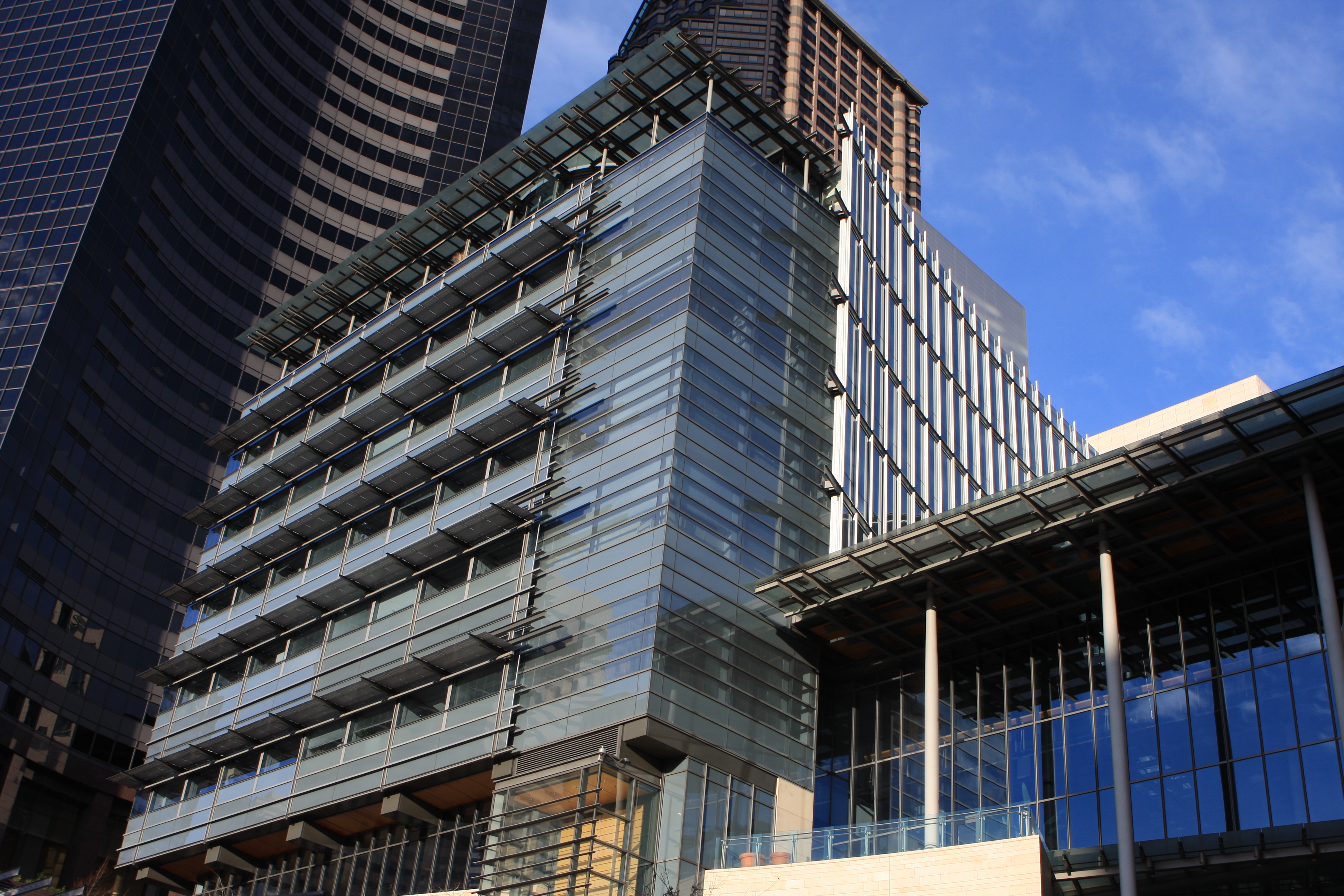 With ballots dropping soon we asked Emerald readers and contributors to give us their reason for backing their preferred mayoral candidate.

Cary Moon has been a mentor to me for the last few years. When my fellow members elected me to the Executive Committee of Sierra Club Washington State Chapter, I expressed concerns about how historically white-led environmental movements had long harmed communities of color. Moon recommended an upcoming anti-racism workshop “Exploring Race & Class Intersections” that had helped her to begin to recognize her power and privilege. As the City of Seattle’s next Mayor, Cary Moon will confront institutional racism and systemic oppression within city government while doing the important work to find holistic solutions to Seattle’s housing crisis. It is not an accident my second choice for mayor, Nikkita Oliver, often cites Cary Moon as someone she admires in this complex mayoral landscape.

Cary Moon will build long-lasting coalitions at the local, county and state level as Seattle’s next mayor. One of the co-founders of the People’s Waterfront Coalition, Cary also served as the organization’s Director, leading the effort in advocating for a highway-free waterfront and a transit-based urban transportation solution to replace the Seattle Viaduct. She received The Stranger’s “Political Genius” award, was named “Citizen of the Year” by the Municipal League of King County, was honored as “Change Agent of the Year” by Real Change and was recognized as one of “Seattle’s Most Influential People” by Seattle Magazine.

As Mayor of Seattle, Cary Moon’s will be an international, progressive leader. Her thoughtful approach to problem solving is exactly what we need – on complex issues like climate change and the suburbanization of poverty, gender equity, and immigration reform. Her pragmatism means she will look for common sense solutions to sidewalk funding and school overcrowding and Vision Zero’s goals for street safety.

As a queer, Latinx renter, Cary’s commitment to housing justice, equity and anti-racism is very important to me. Cary Moon is a kind, brilliant and introspective listener. Mayor Cary Moon will lead a city-wide conversation about Seattle’s challenge to ensure housing security for all.

Background: I’ve lived in King County since 1988 and was Chair of the 31st District Democrats not long after I moved from Queen Anne to Auburn in 1992. Stabbed in the back by fellow Democrats, I stopped being active in local politics, choosing to focus on running a non-profit literary arts organization. I’d been disgusted with politics until 2015 when Bernie Sanders announced his presidential candidacy. I contributed to Sanders’ first Congressional campaign (1990) in Vermont after seeing an ad in The Nation. What struck me last year was a sense of Sanders’ consistency, part of an integrity that is rare in politics these days. Some people get this.

It is no surprise that the first Washington State legislator to endorse Sanders presidential campaign was Bob Hasegawa. Like Sanders, Hasegawa’s record is consistent going back to his days as a leading reformer in the Teamsters Union. No doubt his commitment to justice was shaped by the incarceration of his Japanese-American parents in World War II due to Executive Order 9066, one of the darkest acts in this nation’s history.

As a State Legislator for over ten years, he’s sponsored legislation to create a state bank, which would help us focus our potent resources in this state on people-centric endeavors rather than profit at any cost. He’s also sponsored legislation that would create a Single Payer health care system in Washington, showing you he’s aware health care and capitalism are a (literally) deadly combination. That he supports municipal broadband is consistent with his record and his ethos. His campaign literature says: INTEGRITY COMPASSION RESPECT and once you meet Bob Hasegawa, who still lives in the modest Beacon Hill home in which his parents raised him, you’ll understand.

There’s only one candidate who can hit the ground running and help save the best of what Seattle is and be a creative partner for what Seattle can be: MIKE McGINN.

Mike McGinn learned by doing.  When our country’s democracy is at stake, lower income folks are being pushed out of Seattle every day, and homelessness is growing, we cannot wait for a new mayor to learn the job.

Mike balanced the budget during the recession without sacrificing human services.

He is pro smart-development that will allow residents, community organizations and small business to stay in the city that they have helped to build.  He knows city staff and new partners to find ways to save affordable housing that goes beyond HALA.

Mike will advocate for the new Seattle tax on high income residents. Mike will continue to stand with Seattle’s immigrants and refugees, working for their safety and equity.

Mike will be a tough negotiator for Seattle on the nearly $400 million in cost overruns on the tunnel project.

Mike is honest and humble.  He loves Seattle and the job of mayor…not the power or the ego part, but working with all the people to save Seattle together. He even loves endless community events!

Mike knows the city through and through and where it can be more responsive…where things are working really well, where there’s room for improvement and how to engage new creative minds to ensure that Seattle remains the city that we love.

As a woman of color who has always advocated for diverse candidates, I do not hesitate to vote for MIKE McGINN. He has earned our respect – especially in New American communities, will hear us out, and will be an honest partner for equity and justice for all of Seattle.

I am excited to support Jessyn Farrell for our next mayor of Seattle. Her track record in Olympia has touched Seattleites in so many ways: advancing paid family leave, fighting for worker protections, and successfully leading on investments in transit, funding for parks, neighborhood safety and police reform.

She has exhibited the experience, passion, commitment and vision to bring our city together and lead us forward. Jessyn is an effective leader and the best choice for Seattle, and that is why I’m proudly voting for her for mayor.

Much has been made about experience in this election, and I full-heartedly agree that experience should count above all else in selecting our new mayor.  That’s why I’m voting for Nikita Oliver. I want a mayor who has experienced financial anxiety so her polices toward our city’s poor is humane. I want a mayor who’s experienced firsthand the threat of being swept from a community she’s been rooted in most of her life so her affordable housing policies prioritize our city’s long-time residents needs as opposed to developers desires.

I want someone experienced in the type of creativity birthed from an artist’s mindset so she can develop innovative solutions for our problems of affordability, houselessness, transportation equity, and public safety.

I’m a senior who relies on my monthly social security check.  I long ago accepted that 2017 would be the last time I’d be able to vote for Seattle’s mayor. No longer able to afford this city, I expected to be living somewhere like Kent or Federal Way.  I already accepted that the place I’ve called home my entire life no longer wanted me or welcomed me.  I thought there was no turning back from this city becoming the next San Francisco; rich in wealth but impoverished in soul.

Nikkita changed that. She made me believe this city can be saved, that it can work for all of us, and that it hasn’t given up on this city’s underdogs just yet. She is the most experienced candidate for the unique challenges we face, believe it!

In a mayor race suddenly thrown wide open this year, we voters are presented with an array of solid choices to lead our city for the next four years. This new mayor is tasked not only with guiding our local economy and culture but also for representing Seattle on a global scale as Seattle proactively challenges national leadership and excels on environmental protections.

Circumstance has required that the next mayor be an extraordinary person. For this reason I am relieved Jenny Durkan is in the race and wholeheartedly support her.

It is easy to rally behind an impressive resume–and Durkan certainly has one–but it is more important that the next mayor be a pragmatic person who will search for resolution from all directions. Seattle is growing exponentially but we have a problem with affordable housing. We are a progressive city that has far too many homeless people to be tolerable. We are a diverse and vibrant city but suffer often unbearable traffic. We have an enthusiastic labor movement  pushing for higher wages but still a wide gulf in equality. Jenny Durkan understands these challenges and has already offered several workable plans worth pursuing. Her history of civic engagement and her stature as a US Attorney suggests Durkan is the best candidate to meet issues on a local, national, and even international level. Jenny Durkan is poised to serve the residents of Seattle well and I am excited by her candidacy.

One thought on “Emerald Readers Give Their Picks For Mayor”