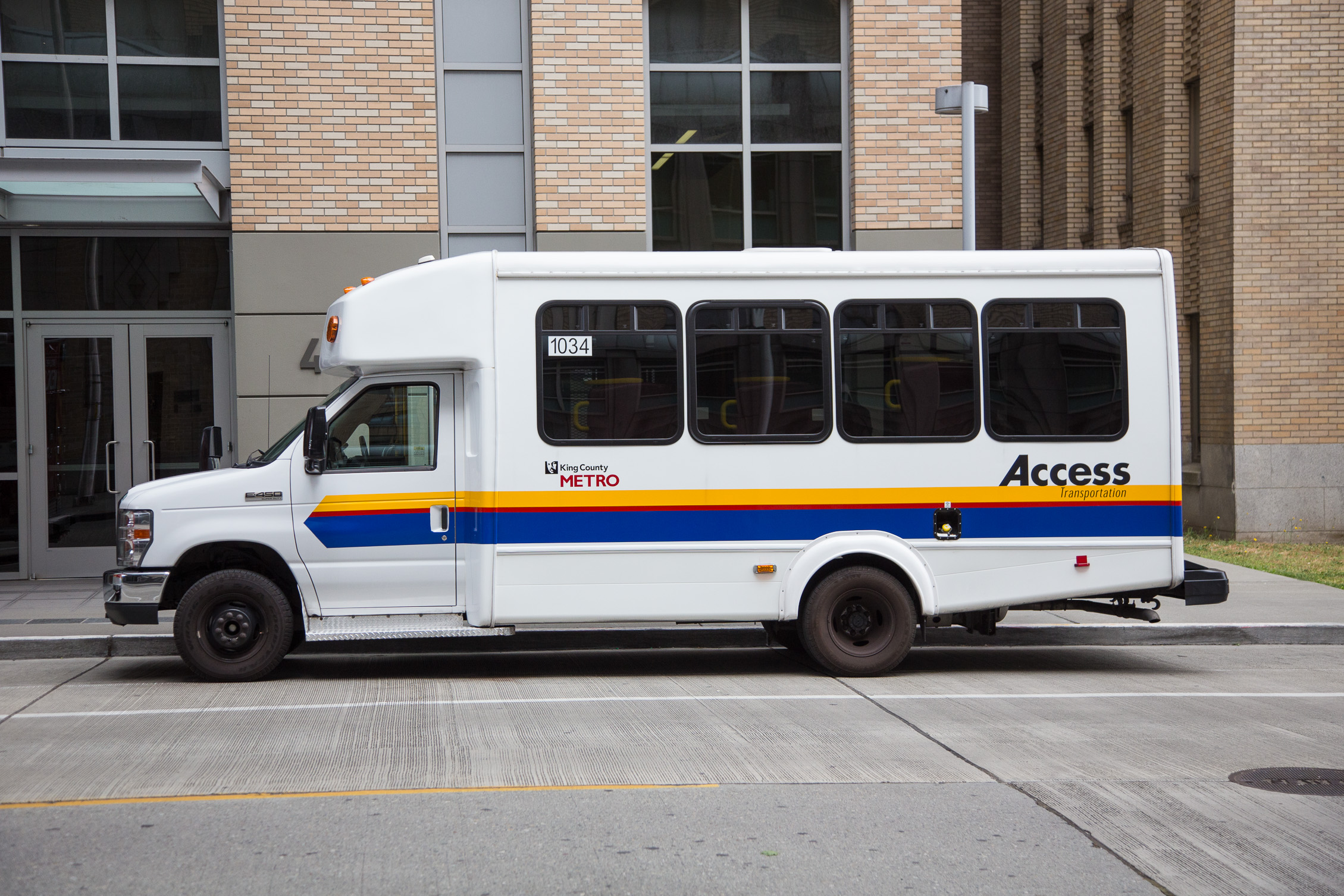 As a King County Metro Access rider who is a black woman and a mother to a black son -who is also an Access rider – I keep experiencing early drop-offs by Metro’s ADA transportation service with a new level of fear and urgency.

Access has been dropping us off more than an hour early for our appointments— even when the buildings are closed; it’s still dark outside and rain is pouring down during the winter.

It’s not safe. As senior and disabled people, we’re at risk of assaults, muggings and getting sick from the elements. But a couple weeks ago my anxiety as a black mother with a black son and these early drop-offs reached new heights.

My son is 56, with a bad back, which is why he rides Access. Last week he was dropped off an hour early for his dentist appointment before the building was even open.

The police soon arrived telling him, “You can’t be here.”

“Where am I supposed to go?” My son asked.

“There’s a McDonald’s,” the officer shot back.

That’s three blocks away! My son couldn’t have complied even if he wanted to. Luckily someone from the dentist’s office heard the commotion and opened the door for my son. Praise God. They didn’t have to. What if they hadn’t done that?

It doesn’t take much for a white cop to kill a black man. I could’ve had a dead son.

What about next time? My son still goes to this dentist. What if the same cop saw him and said, “Hey, I told you not to wait here?” What if the cop is having a bad day? What would the scenario be then?

I could have had a dead son and witnessed cops on TV covering for each other, making up some story to justify my son’s killing. No.

These early drop-offs need to stop. Period. I can’t be one of those mothers who lose their son to these white cops.

King County Auditor’s Office released their audit of King County Metro Access Paratransit on June 13, 2017. The audit revealed that Metro allows subcontractors to drop Access riders off up to an hour before their appointment even though federal regulations state that the acceptable drop-off window is only a half hour before the appointment.

Many riders report being dropped off even more than an hour early. The audit also reports that Metro entered into multiple contracts with incentives for poor service. Access riders, caregivers and service providers are petitioning the King County Council to cancel the current request for proposals for the next ten years of Access service and to create an oversight board comprised of riders, caregivers and advocates to oversee a new RFP that addresses concerns presented in the recent audit.

On Tuesday July 18 at 9:30 am come to King County Council chambers to share your testimony as an Access rider or service provider. Or, as a resident come out to support Access riders to have safe, reliable transportation service that respects disabled people’s rights under the Americans with Disabilities Act.