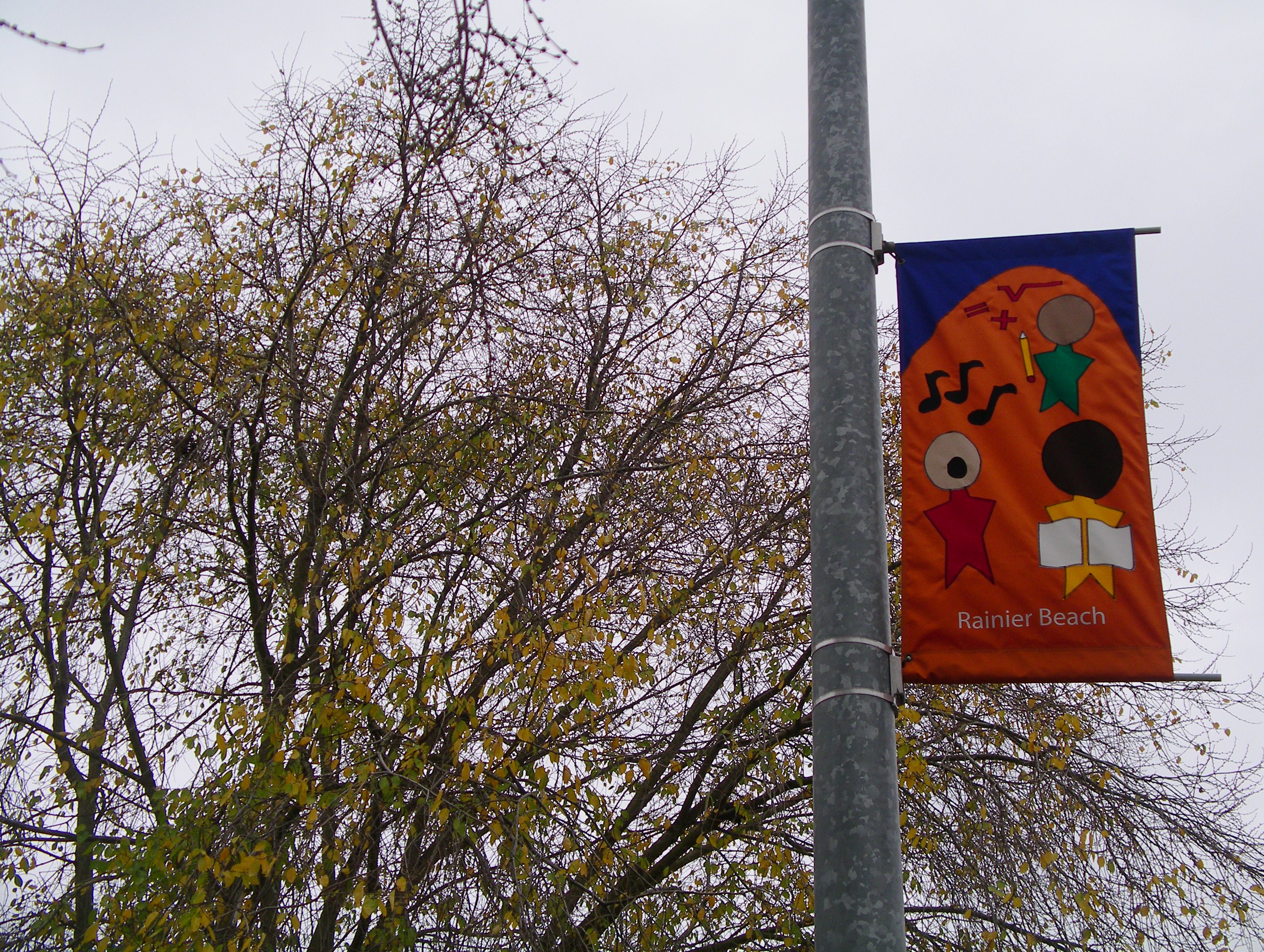 She’s a Seattle native, retired after a career as a network engineer for the City of Seattle. He’s a transplant from Georgia who worked as a radio disc jockey, now hoping to re-start the cleaning business he put on hold after a near-fatal car accident. Both spend much of their free time volunteering here in the neighborhood. I’m pretty convinced they have super powers.

Last year they started a non-profit called God Is. Instead of waiting for weeks to hear back from officials in Olympia, Tyrone and Yvette simply drove to the capital to file the paperwork to establish God Is as a 501(c)(3). They were up and running as a non-profit in one day.

For now, they’re the entire staff of God Is.

To get God Is moving toward the organization’s objective, they hope to have a core staff of six to eight people within the next five years. If that sounds modest, their aspirations are anything but.

“[Tyrone] had the vision to establish a non-profit with the goal to provide housing to the homeless, affordable housing,” said Yvette.

Tyrone expanded on that, saying they’d like to buy land and build houses. Once the properties are built, or acquired, God Is will offer low-barrier entry for the homeless. They base their plan on the Housing First philosophy that has gained more attention recently as a sensible approach to homelessness.

In short, the Housing First method puts a priority on getting permanent, long-term shelter for the homeless. Tyrone spoke of well-intentioned, but not always effective, endeavors that may alleviate symptoms of homelessness without solving the core problem.

Once a formerly homeless person is in a stable living situation, it’s easier to address other issues they may be facing. Or, more simply from Tyrone: “Tell me what’s up with you, what’s going on in your life, so I can get you to the right resources.”

To illustrate, he discussed the frustrating hurdles that convicted felons face when they’ve served their time and are attempting to build a life outside of prison.

“You may be able to get a job somewhere, but either it’s not enough to pay for housing in this city, or you are simply denied housing because of your record,” he said. Thus, the convict in Seattle who has served her, his or their time is at high risk of becoming part of the city’s homeless population. Intentions of starting over after incarceration are easily squashed by this feedback loop.

During the past year they “went every week to the city council meetings to speak on this issue,” Yvette said. “We had to take a break recently, but we still go as often as possible.”

Which isn’t to say they took time off to relax. Yvette showed me her day planner as we talked—nearly every day was filled with notes to keep the duo on track and organized.

“While we’re working on our goals for housing, we’re volunteering wherever we can,” she said.

Yvette is a tutor at Emerson Elementary. She recently began volunteering at Rainier Beach High School, working on the landscaping of the campus. Knowing that the outside of the school should reflect what’s going on inside, she got permission from the principal to clean up the campus. “We’ll have it looking real nice for the kids in the fall,” said Yvette.

They also helped put on various events at RBHS, pouring their boundless energy into the school that struggles to get the same resources available to schools in other parts of the city.

“When you, as the adult, show up and keep your promise, kids pick up on that,” Tyrone said. “They know you’ll do what you say you’re going to do. And that kind of responsibility, and feeling of community—kids can take that out into the world beyond the school.”

Tyrone said one reason they try to volunteer with youth is to keep kids on track. To “give them a broader way of thinking. To show them that whatever is going on in your community—that’s not life. That’s not all there is. It’s all choices out here. You can make it better, and be happier, or make it worse.”

Together, they extend that challenge to everyone, especially adults.

“Everyone says ‘we’re waiting for a change,’” Yvette said, opening both hands. “But what are you doing to work on making that change? Are you helping out or are you just complaining?” Leaning in, Yvette smiled and summed up her thought: “You create your own reality.”

They have donated countless hours working for various events in Rainier Beach—BAAMFest, Boo Bash, and Light Up the Beach, among others—and will continue to do so. But in rare moments of down time, you may find them at the club.

“We don’t think that’s a contradiction, being spiritual people,” Yvette says of their shared Christian faith and shared love of hitting the dancefloor. “We’ll pray with people at the club. I’ll pray with someone in the grocery store parking lot. We take our faith with us, wherever we go.”

Look for Rainier Beach’s own dynamic duo at BAAMFest on Saturday, July 22. Tryone will be spinning soul, funk, r&b and maybe some gospel. And you may glimpse Yvette showing off her dance moves. But be warned: Their energy is highly infectious.

Locally Grown is a recurring feature about the people and stories of Rainier Beach.

One thought on “Locally Grown: A Rainier Beach Power Couple”