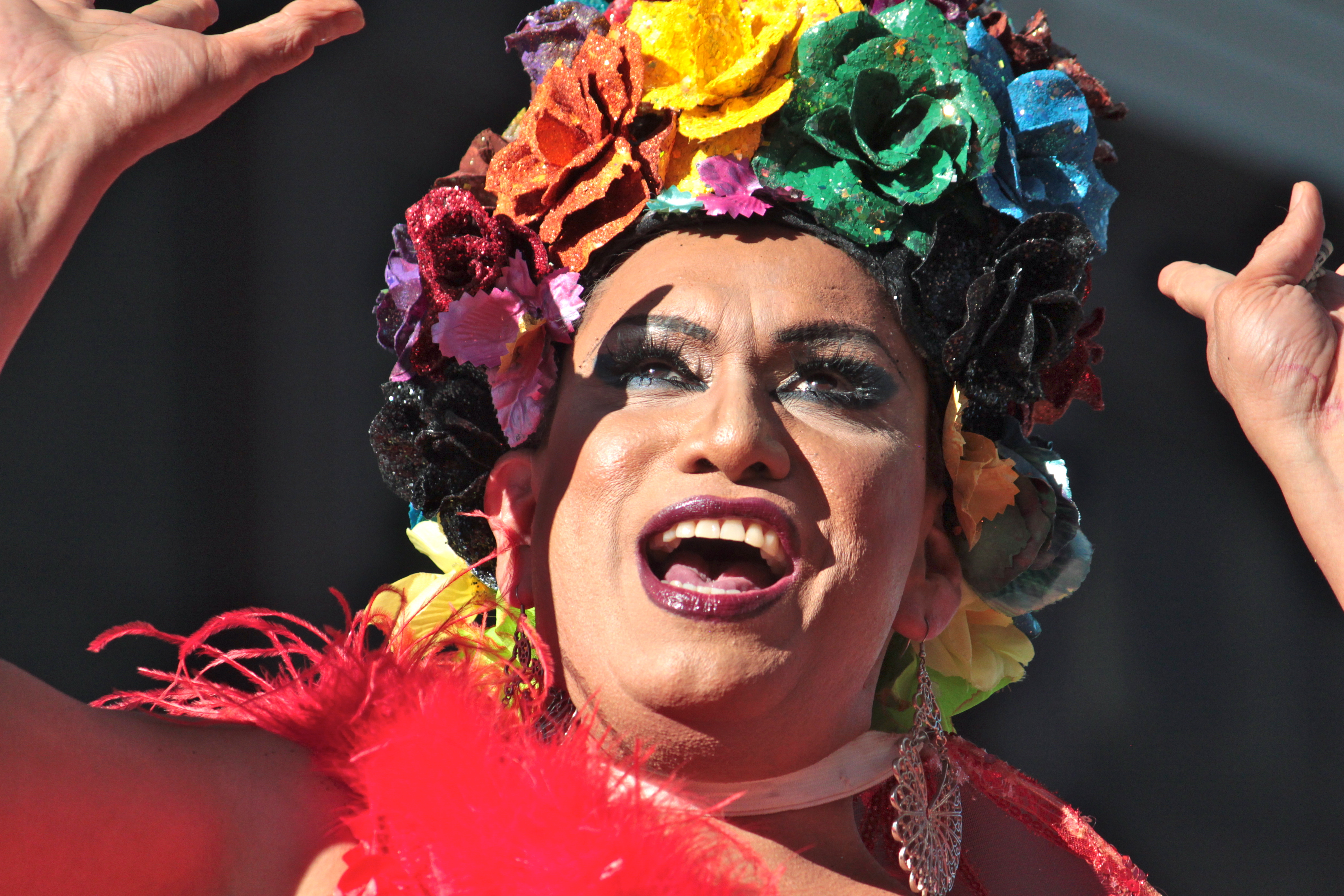 More than 200 community members united at Beacon Hill’s Plaza Roberto Maestas, being greeted by a blazing sun, rainbow flags, and papel picado. The event was hosted by La Gorda, who started it off by introducing Ray Corona of new organization Somos Seattle and Luis Fernandez Ramirez Limon of Entres Hermanos.

Corona explained the reasoning behind having the event in the first place, translating between both Spanish and English, “We have to represent ourselves, and we have to be engaged. I want to see bigger representation of our Latino community within the LGBTQ community, and not just engagement but leadership and activity.” Ramirez Limon added, “This event is for you. It’s not because we wanted to be the ones to start the first Latinx Pride [in Seattle], but because we wanted our Latinx community to benefit from all the organizations that are out here, and to provide resources.”

He concluded, “May our fights continue to bring accomplishments for the benefit of the community. May our losses make us learn, and continue forward. This Latinx Pride is to celebrate the battles won, achievements obtained, and to fight for equal rights.” With that, La Gorda introduced the first performer of the evening, local artista LatinRose.

The remainder of the day was filled with performances by local artists, drag performers, speeches from local Latinx politicians, and as the sun began to go down, the last speaker of the night, Javier Nava, a survivor of the Orlando Pulse Nightclub shooting, took the stage.

Others shared their thoughts on the historic day. 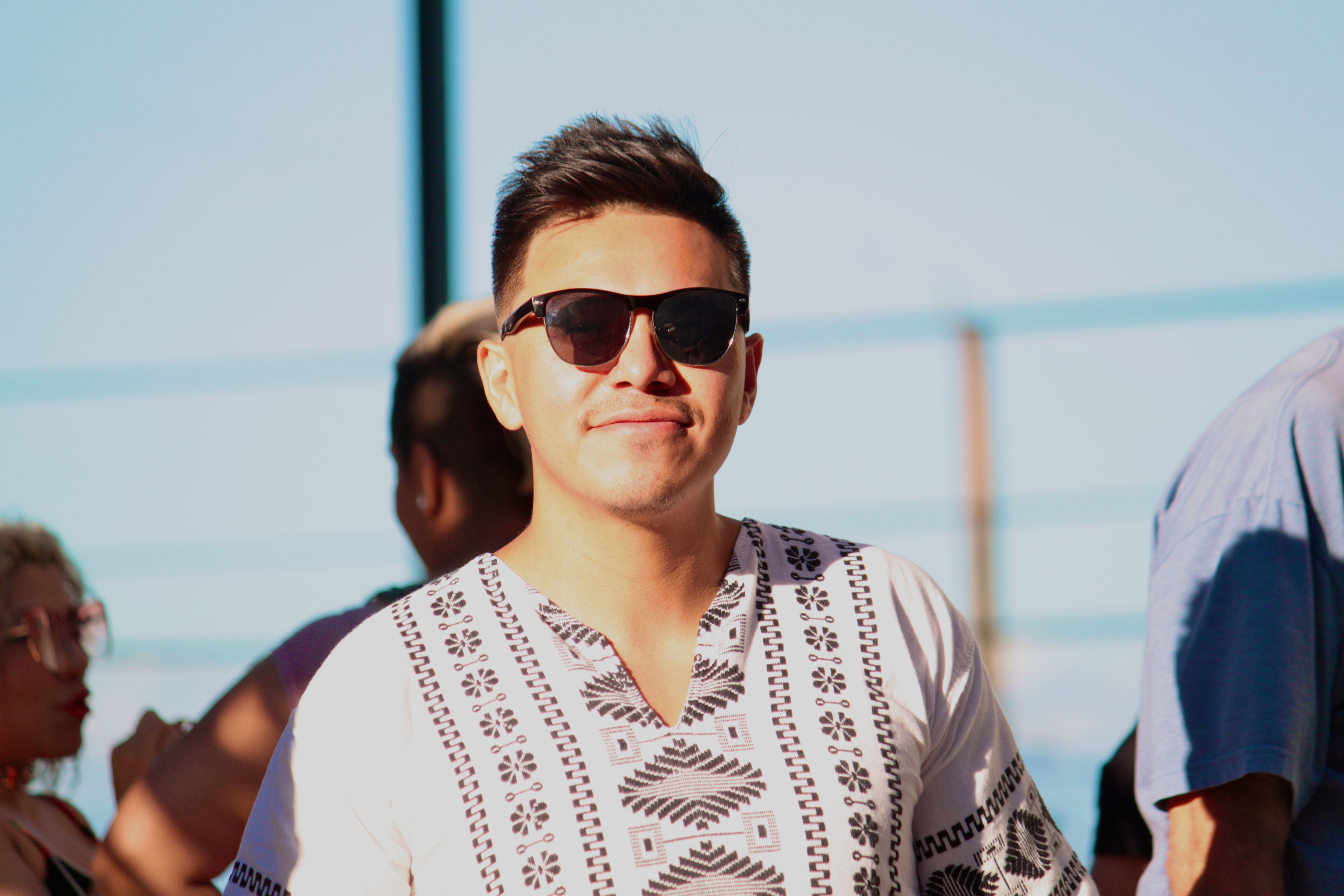 Edi came from Bellevue to celebrate. “At this moment there’s a lot of concern around immigration, so I think it’s really important to be out here and support spaces like this.”

“It’s really wonderful to see the community get together. It’s great to use this open space, and having it at El Centro de la Raza is really special” 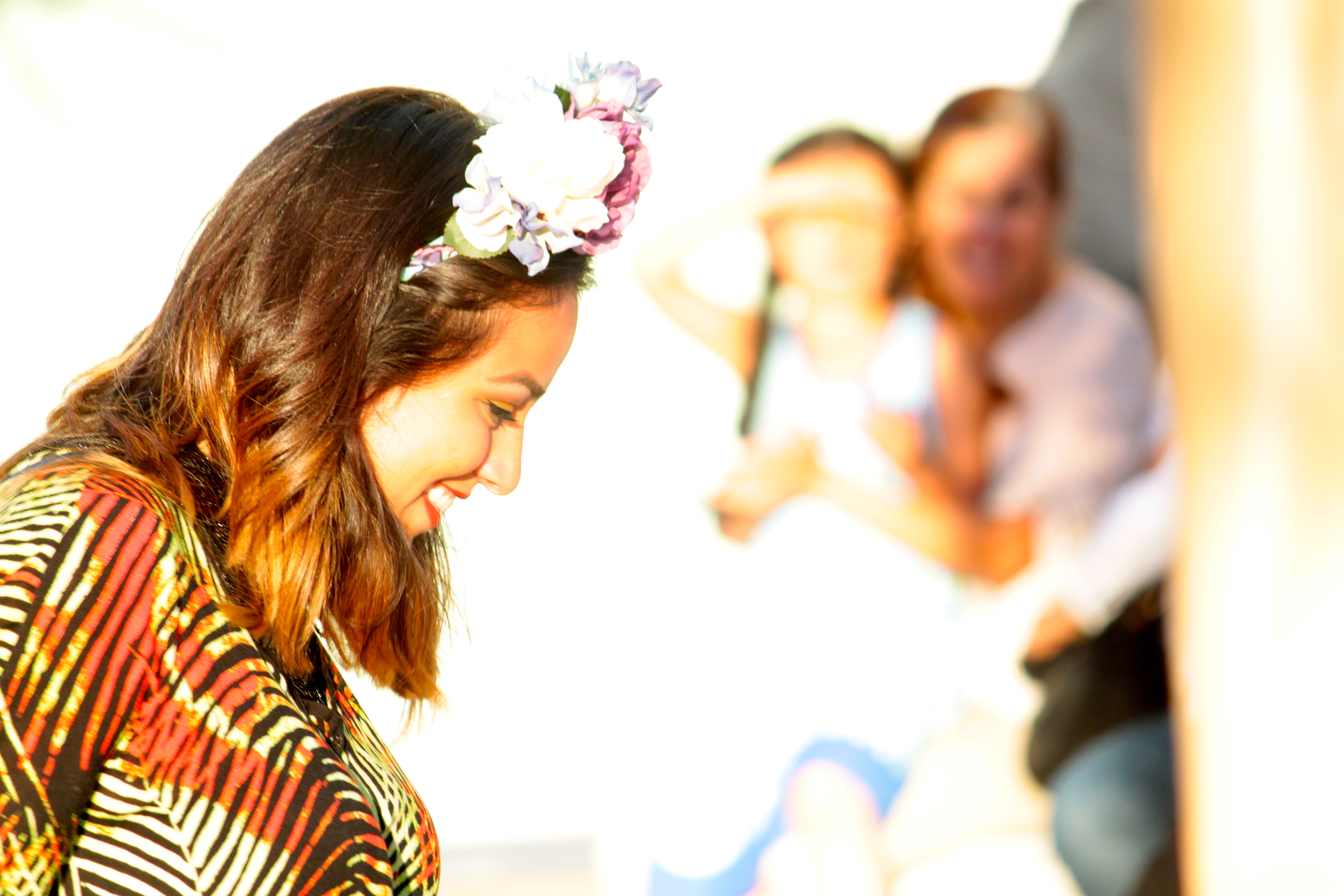 “I found out about today from Somos at Seattle Pride. I went to their booth looking for queer Latinx community. Coming from San Antonio, it’s really different. There, Pride is already brown.” I asked Castelan how Latinx Pride compared to Seattle Pride. “Here, it is me and my community. I’ve been wanting to hear Cumbia for forever, and the food was exactly what you want to be eating with your gente. I hope it’s even bigger and better next year.” 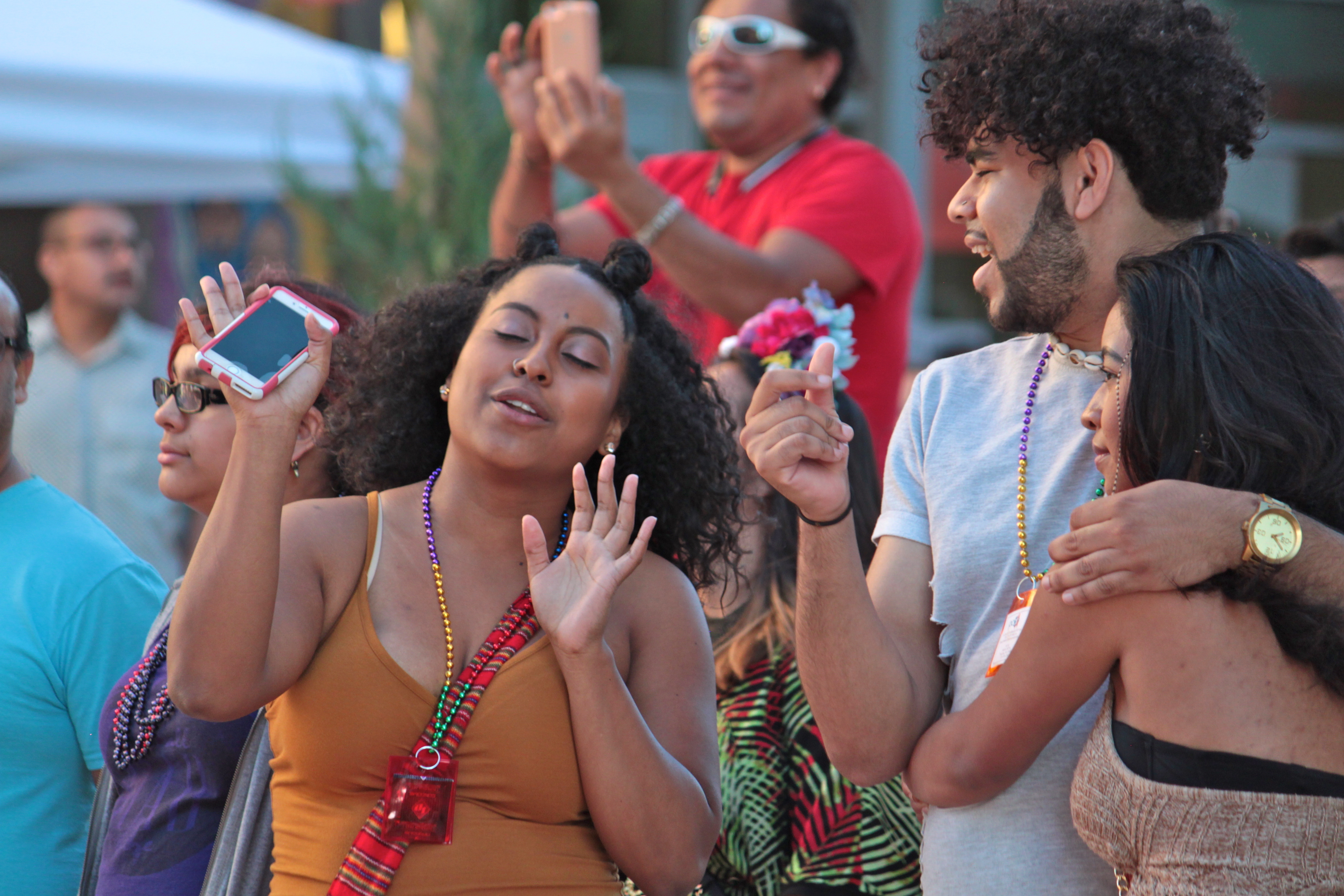 “I was born and raised in Seattle. I heard about Latinx Pride from my best friend, and when I found out about it I had to come because I knew it would be a good experience. I think it’s really awesome that they’re recognizing that there are people within our Latino community that need to be represented within the entire LGBTQIA+ community , and I think it’s really awesome that we’re coming together as one. I really enjoyed all the speakers, like they said, ‘politics can be boring’ but it’s important that we hear them out. That way, we can know what we’re fighting for, and who we’re putting in those positions to fight for us.”

Saturday’s event concluded only after hundreds of people, from various generations, enjoyed food and aguas frescas from the carts stationed at Plaza Roberto Maestas, dancing and singing along to the talented artists and performers. With it conjuring up images of festejando with family members.

For many the event felt like family. A rebuke of recent times, when community seems to come together only to grieve or mourn someone lost to violence or age. As Latinx, Saturday affirmed that mourning death and celebrating life go hand in hand. As the day wrapped up many expressed their gratitude to the event’s organizers for creating a space where both could take place, and for reminding attendants of what Pride was, and should be about.