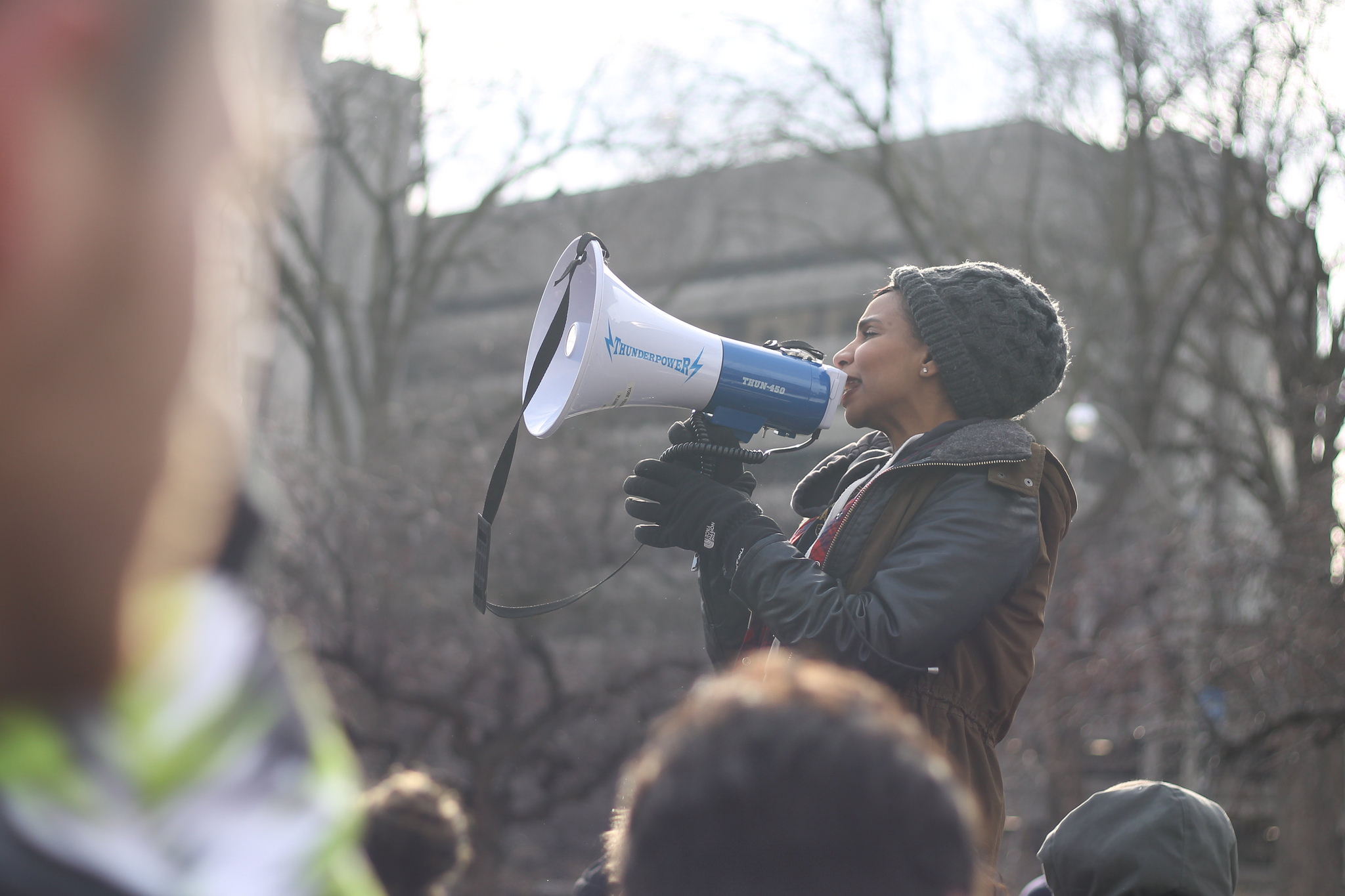 What’s it like to organize an Islamophobia Awareness Day in the Trump era with the travel ban on six majority-Muslim countries taking effect just a month ago?

Ahlaam Ibraahim, the 19-year-old Somali American and founder of the Global Islamophobia Awareness Day, had an answer that might be surprising to some.

“So I would say thank you Trump because you got all these people to [come together] so that we have a lot of friends now.”

Vivian Hua, filmmaker and designer at Northwest Film Forum, is one of those friends who is taking the lead in combating Islamophobia, acording to Ahlaam. Similar to Ibraahim, Hua sees the ever-growing network of support under Trump.

“Since the president came to office, there have really been people who are fired up to defend different communities that are under attack,” said Hua. “I feel like there’s a lot of energy towards raising awareness about Islam and American Muslims as well.

“And there are, for example, a lot of churches and Jewish faith centers who are working with mosques. They kind of just teach their congregations the commonality since all three religions are kind of ruled in the same religion.”

Hua’s latest film Searching Skies, which will be screened as part of the Global Islamophobia Awareness Day, is based on this fact.

“[Searching Skies] was in part due to a story a friend told me. The main event actually happened in that family during one Christmas dinner and his family helped their church resettle some [Muslim] refugees,” said Hua.

Non-Muslim as she is, Hua makes Searching Skies a front-line to fight the myths that feed the stereotypes of Muslims.

Half a century ago, Hua’s grandparents escaped the chaotic 1966-76 Cultural Revolution in China and the family has since established deep roots in the United States.

“I just thought it was really interesting because my parents are immigrants to the United States. And just sort of relativity of how people are subject to where they are born, I may have had a very different fate if my grandparents had never escaped China’s Cultural Revolution,” said Hua.

She will observe the Global Islamophobia Awareness Day to answer more questions about the film.

“I’m super excited she’s gonna be there,” said Ibraahim. “Hopefully she can inspire other non-Muslims to do the great work she’s doing helping them become an ally of Muslim community.”

The allies do not end with Hua. In the Islamic world, where the intra-religious conflicts persist, different sects of American Muslims, however, team up like never before.

“Obviously there are two big sects in Islam — Sunni and Shia,” said Ibraahim. “There are different practices and a lot of people make us look like we are not united. But we believe in god; we believe in the same prophet. At the end of the day, you are Muslim and I’m Muslim. People look at you and they don’t say ‘what kind of Muslim are you?’

“We’ve been super united, I would say, ever since Trump became the president. A lot of Muslims have been working together. A lot of people have put their differences aside.”

The same is true for Arsalan Bukhari, the executive director of the Council on American-Islamic Relations(CAIR) who has been working closely with Ibraahim on this year’s Global Islamophobia Awareness Day.

“We certainly saw an outpouring of support when the first Muslim ban was implemented back in January,” said Bukhari. “So it just told us that we believe in the goodness of people. We know that fellow Americans stand for the best of America, for basic American values and religious freedom, which we all cherish.”

But both Ibraahim and Bukhari believe they have a long way to go before Islamophobia can be ended.

“With the research that came out back in last year when then-candidate Trump made his statement about banning on Muslims, 50 percent of the American public who were likely voters supported the ban,” said Bukhari. “And there was a Rasmussen poll that was done in January of this year and that found that 57 percent of voters across the U.S., across party lines supported the ban. Support is more than just agreement. It shows that they are actually for this.

For Bukhari, the Global Islamophobia Awareness Day, where workshops will be organized on topics such as women rights in Islam and Islam stance on terror, serves the purpose of debunking the stereotypes of Muslims.

“We notice there are fellow Americans who still need to hear from American Muslims and their allies so that their minds can also be changed for the better. And so they can also understand that American Muslims literally are part of our society,” said Bukhari.