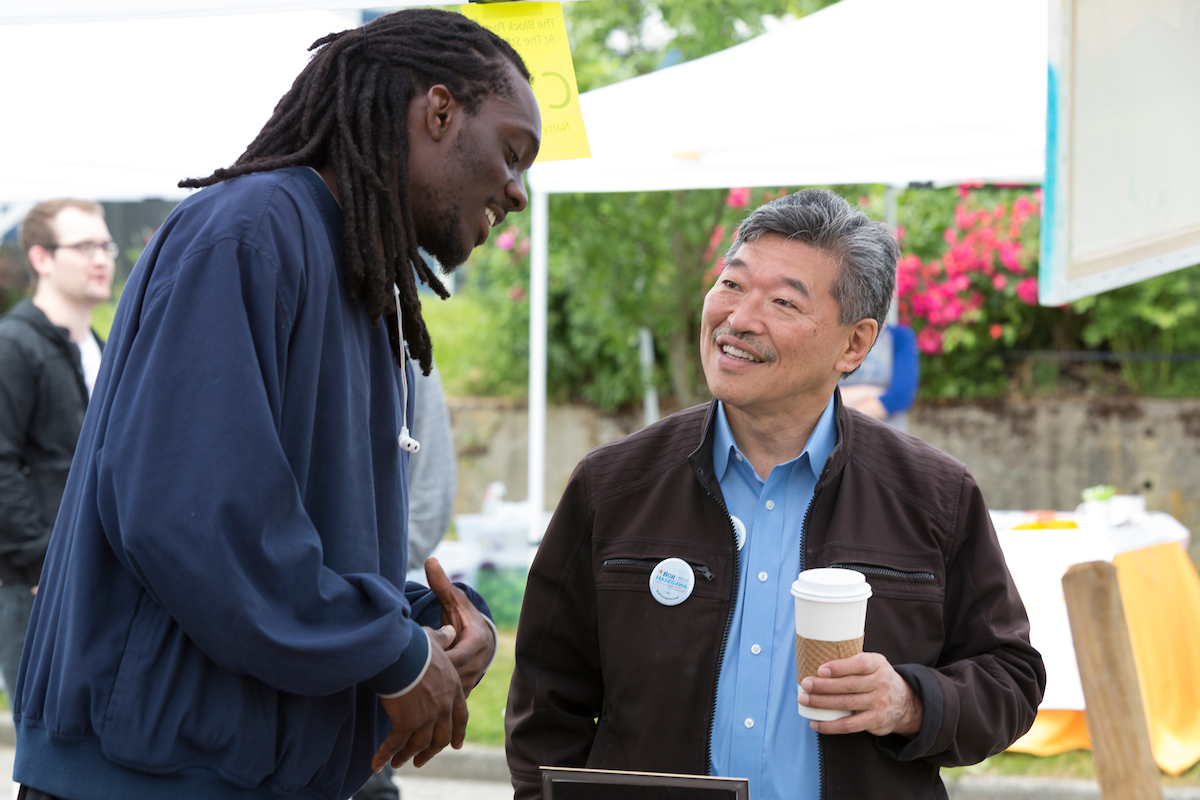 I will never forget the first time I heard of Bob Hasegawa. I heard that the great nationwide UPS strike that had completely shut down operations for the Seattle-based corporation because of unfair working conditions and pay was led by a guy of Japanese descent based right here in Seattle.

As a student of labor history, I knew this was history in the making.  When I heard that a rally had been called in support of the strike right down near UPS by Boeing Field In south Seattle there was no question: I would be there.

When I arrived at the event along with a few friends we heard the multicultural rank-and-file cheering and representatives of other labor unions – the fighting Machinists, the Cannery Workers, the Transit Union – speaking with great energy, inspired by this strike, pledging their unions’ support and solidarity with this UPS Teamsters strike.

Then Bob Hasegawa took the stage.  In a thrilling speech, he explained why this local of the Teamsters’ union – the UPS workers across the USA and internationally – had decided to strike and how they planned to win.  He energized this union and non-union crowd of over a thousand, bringing us to a crescendo of unity.

The next day, the strikers had won!

This Bob Hasegawa was a great and highly effective leader who, I felt, would be capable of leading us all to a more just, equitable society.

When Bob ran for state representative, I worked on his campaign. He won, and served his district wisely and faithfully.

I supported him again when he ran for state senate, where he represented the people’s interests effectively and moved the state ahead

Now I volunteer for Bob’s campaign for mayor because we need great, experienced leaders of integrity to come forward in these trying times.  Trials aplenty await us ahead.  Bob is the leader who will bring us through, in unity, to a brighter tomorrow.

This is why I support Bob Hasegawa for Seattle Mayor.