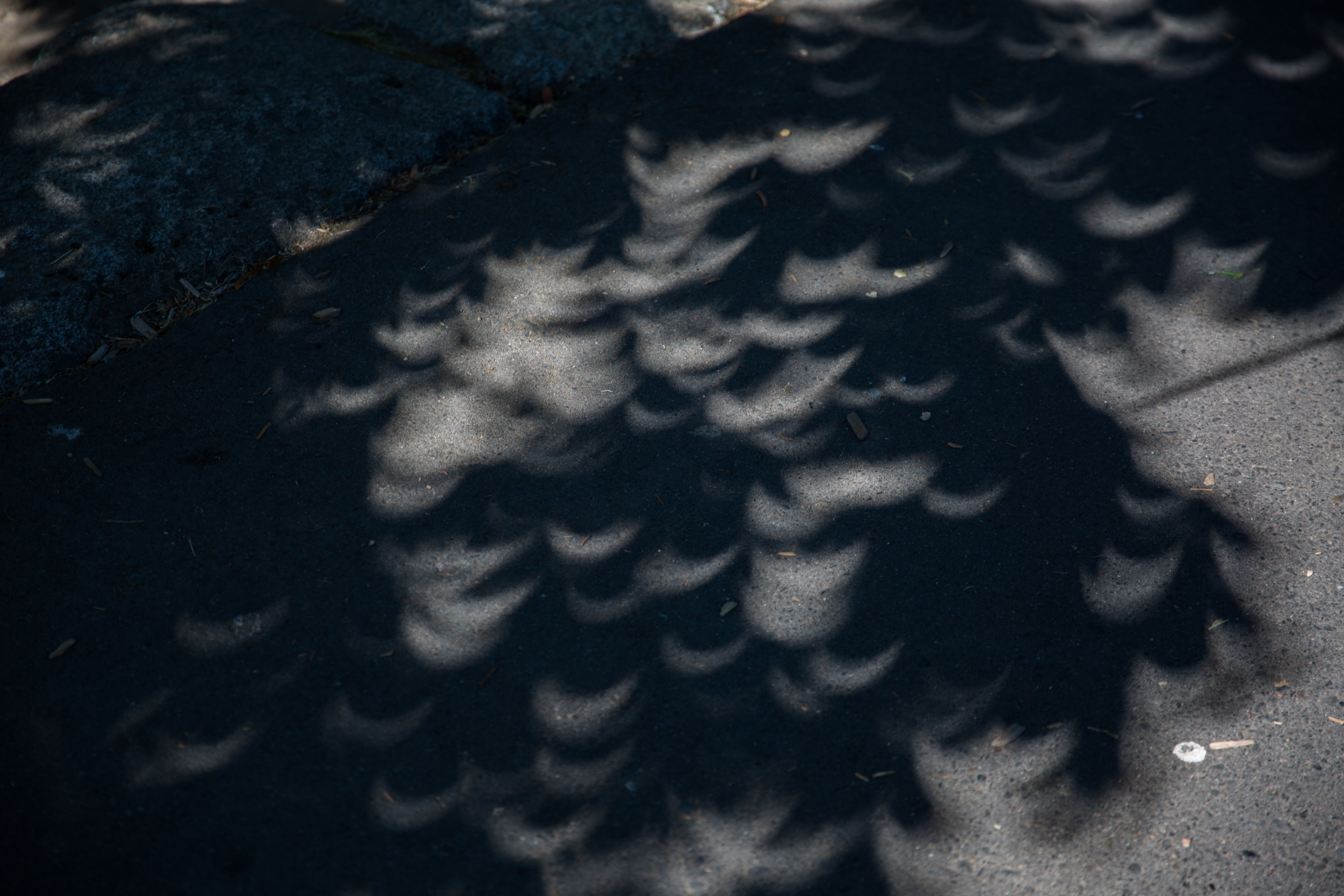 by Brett Hamil and Alex Garland

South Seattleites eager to witness Monday morning’s solar eclipse gathered at Seward Park on the banks of Lake Washington. Arrayed over the grass facing Mt. Rainier to the south with an unobstructed view of the impending astronomical event, people sat on blankets, lawn chairs, and inflatable loungers. The scene had the expectant, wholesome vibe of a family-friendly outdoor concert.

Small children tottered about fiddling with their sunglasses. A man floated out into the shallow water on an inflatable raft. David Holmes, a Parks Department employee who was called in to work on the park’s sewage system, tested out the welding helmet he brought from home. Parents tinkered with homemade viewing devices. Janet Mudge, an artist from West Seattle, covered her entire head to the shoulders with an eclipse-rigged Crate & Barrel box.

“They said, ‘Get a long box, it’s better,’ but I also wanted to immerse my head,” she explained.

As the eclipse began and the sky grew darker—almost imperceptibly at first—a group of women continued their aerobic workout in the shade. A flush of birds flew east and then no more birds were seen in the sky, though they could be heard warbling in the trees. The moon widened its blockade of sunlight to a sliver. The aerobics group paused their exercise. Air temperature dropped by a few degrees as the sky darkened to a dusk-like pallor. Shadows frayed at the edges. The scene became a vaguely psychedelic vigil. Onlookers quietly passed around their cardboard-framed glasses to marvel at the display. In a brief but indeterminate amount of time—thirty minutes that felt more like ten—it was over. Some folks had made a morning of it, so they continued to relax on their blankets and lawn chairs, chatting idly and sipping from travel mugs as they warmed in the bright sun. Others gathered their equipment—boxes, glasses, cameras, tripods, snacks—and headed out. They waved goodbye to strangers with whom they now shared a fleeting sense of collective experience and, perhaps, a more cosmic outlook. Within minutes, activity around the park resumed.