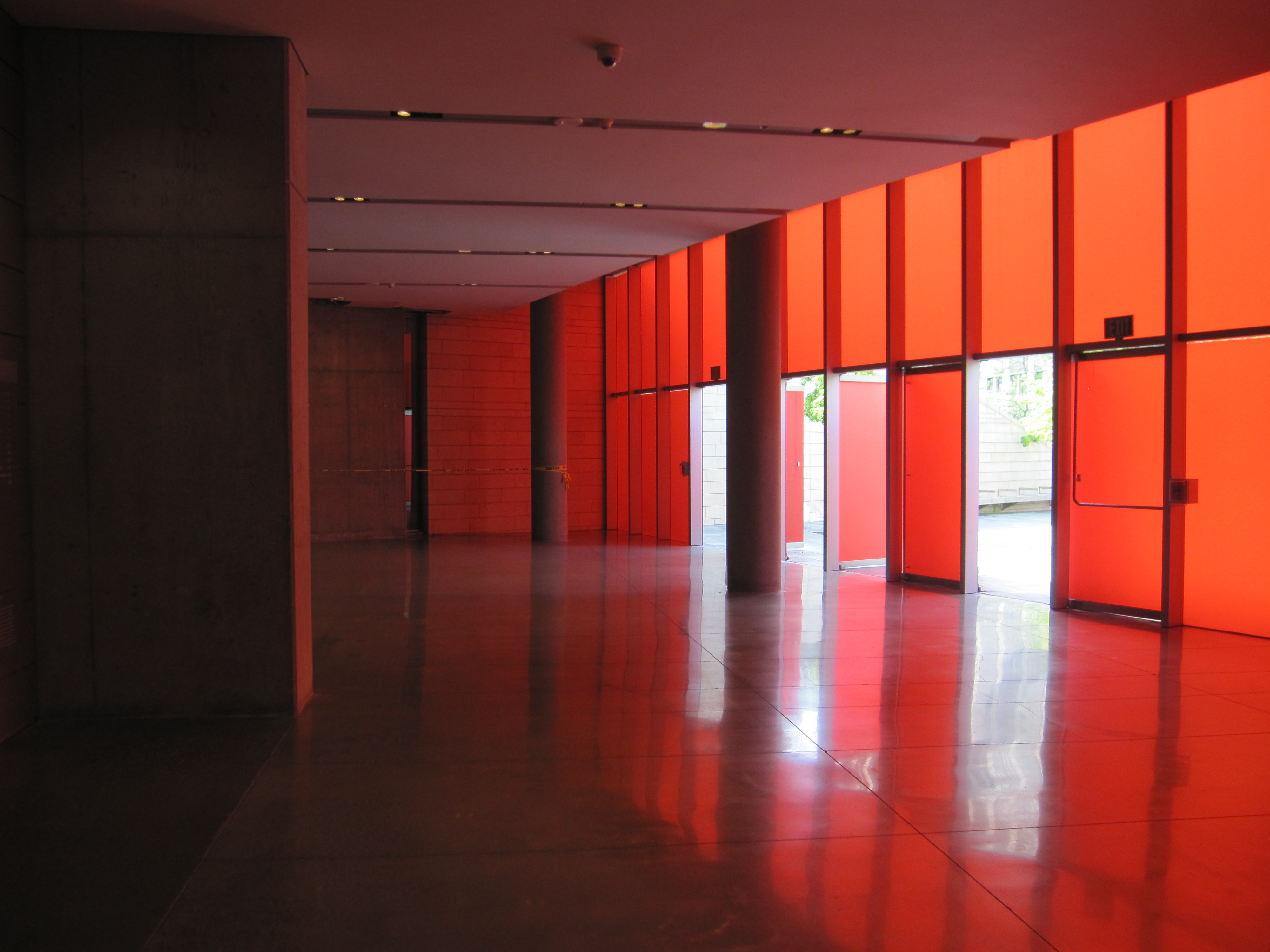 Tonight, he is here to raise money. The house – worth $1.8 million, according to King County assessor’s records – is his parents’, and has been the stage of fancy fundraisers before.

In April, Courtney Gregoire, Scott Lindsay’s wife, convened a meeting here to raise money for her bid to become a port commissioner. Then, as is the case tonight, Ms. Gregoire’s parents, one being the former governor Christine Gregoire, were there to help raise money.

The Gregoire family has famously supported more high-profile recent city campaigns, such as Jenny Durkan’s bid for mayor. Although the post of City Attorney is lesser known, the job holds, depending on how it’s exercised, a considerable power.

In short, the City Attorney heads the city’s Law Department and oversees more than ninety lawyers defending the city’s interests in legal matters. You might know most of them as prosecutors. If you get charged with a crime, it’s the City Attorney’s office coming after you.

A City Attorney may be someone satisfied with simply applying the law as written and amended by city councilors or the Mayor. Case in point: current Seattle city attorney Pete Holmes. Unless you are an attorney or have found yourself on the wrong end of a legal document written by the city, you probably have not heard of him. He’s been elected twice since 2010.

If they wish though, City Attorney’s can push policy in a number of ways. He or she may, for example, decide as a matter of policy to not pursue charges for certain crimes. Another possibility would be to propose legislation to the City Council, or directly to voters.

Scott Lindsay, who is challenging Pete Holmes this year, appears to have been shaped in the latter mold. He claims to be especially concerned with the way we address crime in the city. More to the point, he has system-level ambitions and says he wants to fix the “deep dysfunction” he sees in our criminal justice system.

To be sure, we agree with Mr. Lindsay’s assessment of what’s wrong with our penal system: too often, the police, the prosecutor’s office, the courts and our jails function like one large revolving door. Worse, contact with the penal system likely exacerbates problems when defendants do not have proper access to housing, healthcare and community. Recognizing all this is the sign of a progressive and in interviews, Scott Lindsay sounds like one. But for us, a group of people experiencing homelessness and housing advocates, seeing Mr. Lindsay in action has convinced us that he is anything but.

One reliable litmus test for progressives working on policing is to examine their support for a doctrine known as Broken Windows. This is an approach to crime control from the 80s. It is premised on the belief that cracking down on low-level crimes such as trespassing or missing court dates, will ultimately lower serious crimes rates.

In reality, the crackdown erodes relationships between impoverished communities and the police. In New York City, Broken Windows made its debut in the form of tightening laws on subway fare hoppers. It ultimately led to a controversial, and many say illegal, reliance on stop-and-frisk. It also led to tragedies like the death of Eric Garner.

In Seattle, Broken Windows appeared in the 1990s under the tenure of then City Attorney Mark Sidran. Mr. Sidran served Seattle for twelve years and left as his legacy a raft of laws he pushed through our City Council aimed at protecting urban civility. These included giving police the power to summarily ban the homeless from parks and public transit as well as laws making it illegal to sit down or lie on sidewalks.

Mr. Sidran not only equated homelessness with serious crimes, he also inaugurated a new set of tools that made it possible for public servants to more aggressively rid the city of the homeless, either by banning them from large swathes of public property or by jailing them. Ultimately, what started as a proposal to improve urban civility led to the shooting of woodcarver John T. Williams in 2010 and the finding in 2011 by the Department of Justice that the Seattle Police too often used force when interacting with citizens in a way that violated their constitutional rights.

Broken Windows is deeply rooted in the Seattle police force. Its most visible legacy is that homelessness continues to be treated as a problem best solved through law enforcement, believing in its underlying principle makes one a conservative.

A City Attorney has a very important stake in establishing policing strategies and priorities, and decides which infractions to charge with crimes and is also in a position to recommend either punishment, in the form of jail time, or diversion.

We cannot say what kind of City Attorney Mr. Lindsay would be. The invitation to his fundraiser gives one indication: “Scott’s campaign is focused on reducing low-level crimes”. This language is Broken Windows reduced to a single sentence. Another indication would be his tenure as Public Safety Advisor to Mayor Ed Murray from 2014 to 2017.

Mr. Lindsay’s job as public safety advisor was largely to implement Mayor Ed Murray’s policies on homelessness. At the time he stepped into that role, rents in the city were skyrocketing along with the number of opiate addicts. Efforts by the city and county to end homelessness had failed, which left policy makers’ compasses spinning. The police department continued to cope with a federal consent decree and was implementing reforms. Mayor Ed Murray’s decision to declare a state of emergency in early 2015 placed new funds within Mr. Lindsay’s reach.

In short, Mr. Lindsay found himself freshly appointed to an administration facing a severe social crisis and in need of new ideas. He was in a position to do something then, three years ago, and make a record for himself as a progressive.

Now, three years on, his record does not reflect his public persona as a progressive. Rather than push for progressive policies, Mr. Lindsay’s work as public safety advisor is best described as technocratic. Under his watch, a mostly ad-hoc effort to uproot communities of homeless campers through “sweeps” was transformed into an efficient, unfeeling administrative process.

There were a number of contributing factors: the Civil Rights Department, which previously was empowered to suspend sweeps when the sweep appeared likely to violate campers’ rights, was sidelined. Oversight of the sweeps was shifted to the Financial and Administrative Services department, a sprawling city agency with no social mandate. Coordination of the sweeps became the responsibility of the Emergency Operation Center, located in the 5th Avenue Fire station, where city administrators orchestrated an increasing number of sweeps.

Finally, the stream of accounts tying homeless camps to criminal activity increased. In most respects, Mr. Lindsay operated behind the scenes. He rarely spoke with the press. As regards homelessness and crime, however, Mr. Lindsay did not hesitate to paint homeless communities as breeding grounds for criminality.

Many caught their first glimpse of Mr. Lindsay during the run up to the large-scale sweep of the Jungle, an area underneath and immediately west of I-5 as it runs through Seattle’s industrial South. Mr. Lindsay represented the Mayor’s office at City Council hearings, where he talked up the public safety hazards posed by the Jungle and endorsed, then executed, the city’s plan to remove all its residents.

We saw a different side of Mr. Lindsay. At the same time as he extolled the city’s plan to sweep the Jungle to the city council, he was preparing a transition site for Jungle residents. This site was a triangle-shaped plot of land not more than a stone’s throw from the Jungle, on Airport Way South and Royal Brougham, known as the Field. Common Cents had been working there since May, 2016 to implement self-governance in the camp.

During the summer, Mr. Lindsay showed up at the Field flanked by uniformed police officers to deliver portable toilets and announce to residents that they would have access to garbage dumpsters. At that time, the Field numbered around sixty, according to our count. My. Lindsay never mentioned that the site had been designated as a transition point for the campers removed from the Jungle. Campers only learned of this fact through the press.

Many Field residents had come from the Jungle and fled to the Field in an effort to found a new community on the basis of a mutual trust. Not long after Mr. Lindsay’s visit, many of the people they hoped to distance themselves from began to appear in camp. These people were driven there as the result of a months-long effort by the city to rid the Jungle of its residents. By late summer, the number of residents living at the Field swelled to over 200. They came with no resources of their own, having been recently uprooted from their homes, and strained the weak but budding model of self-governance campers were adopting at the Field.

Mr. Lindsay was never seen again at the Field. Nor were any additional resources. In fact, campers lost resources. Social and outreach workers from Evergreen Treatment Services stopped visiting the Field. With no access to running water or electricity, residents managed as best they could. In some ways, they grew: campers began attending City Council meetings in September in order to bring light their living conditions. Mr. Lindsay was often present. He never attempted to make contact with us and never responded to our requests for resources.

For example, in September, 2016, campers came before the city council to explain the risk of fire posed by allowing so many people to live in flammable tents in such a small space. Mr. Lindsay was present at that meeting. Campers requested fire extinguishers. None ever materialized.

Mr. Lindsay spoke about the Field only when it was time to aim his sweep machine at us, in February 2017. He judiciously avoided contact with us but did not refrain from pointing up the worst aspects about our community. In addition to highlighting the fire danger, he made sure to also paint our entire community as abettors of sex and drug trafficking while also criticizing us for calling police when we felt vulnerable. We attempted to respond to his claims. As a camp, we formulated a roadmap for self-governance that we submitted to the City Council. Four city council members supported our efforts. In response, the city remained mute. On March 7th, the Department of Financial and Administrative Services carried out a costly eviction and forced residents further into crisis.

The legacy of the city’s approach to the Field encapsulates the failed promises of Broken Windows.  Seattle contributed to the health and safety problems at the Field. The city is by no means solely responsible for its residents. But by moving former Jungle residents into an inhabited area without any plan to provide services to the existing residents and newcomers, the city contributed to the conditions that resulted in the March 7th sweep. In addition, under Mr. Lindsay’s watch, the city directed its available resources into running the Emergency Operation Center, which focused entirely on managing camp sweeps.

Scott Lindsay wants Seattle to believe he is a progressive candidate. We would like to know what exactly he intends to provide to voters as his progressive bona-fides.

Common Cents  is a community group that promotes access to housing for all, including illegal immigrants, the chronically homeless, the underpaid and the overlooked. They can be reached at commoncents@riseup.net