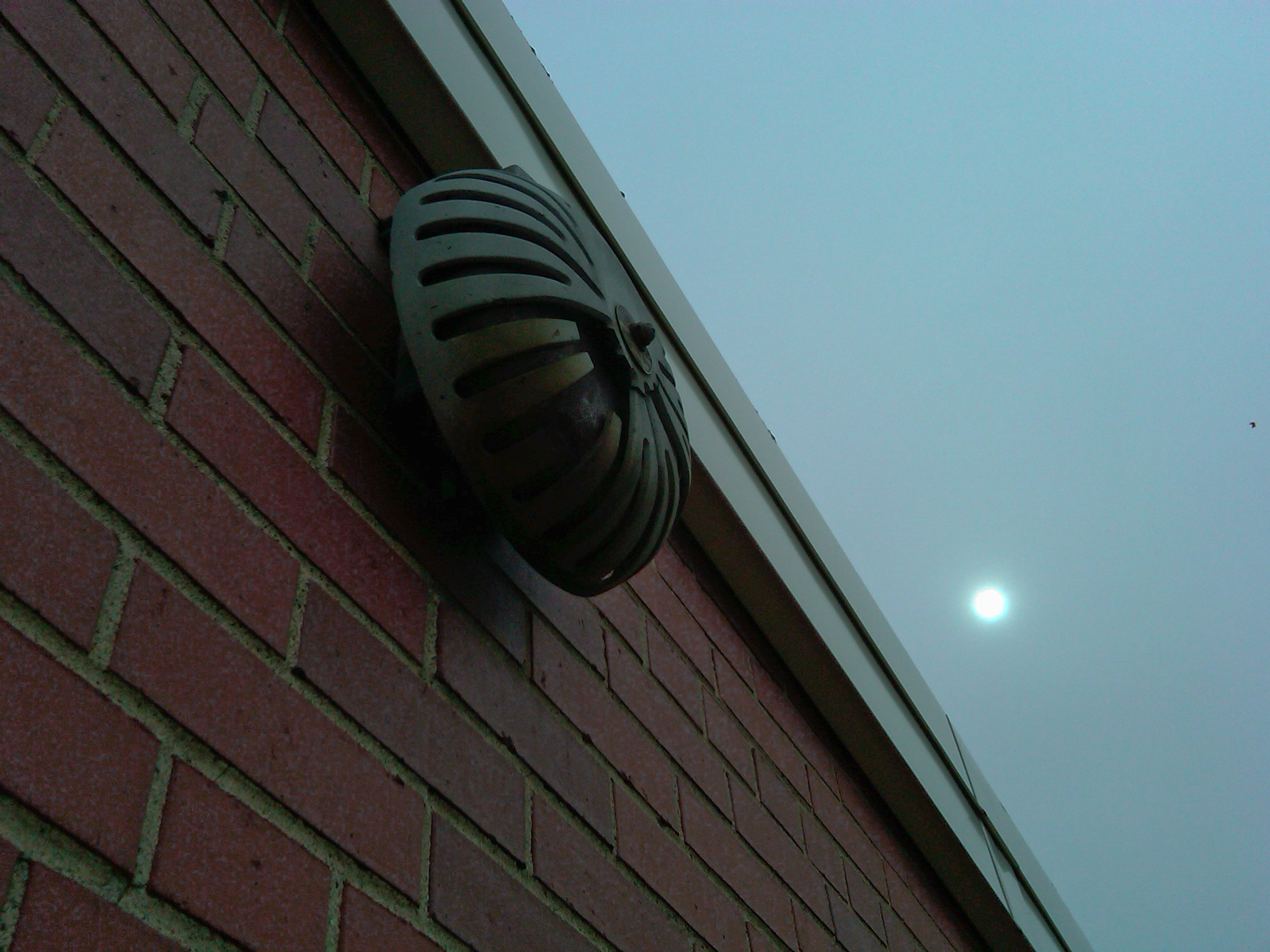 Seattle Public Schools (SPS) are changing their start and end times this year adding 20-minutes to the school day. Students will also be released early on Wednesdays.

The additional 20-minutes per day brings SPS more in line with other school districts across the region. This change was planned as part of the most recent teacher’s union contract.

Another change parents and students need to plan for is early release Wednesdays. Every Wednesday, except the first day of school, school will let out 75-minutes early. The early release time will allow educators time to plan. This change also eliminates the periodic two-hour early release days from previous school years.

Southeast Seattle Education Coalition (SESEC) created infographics with the hours of Southeast schools. Translations are available in Chinese, Somali, Spanish, and Vietnamese. A special thank you to our community volunteers Yuan, Saadia, Idil, Elisabeth, James, and Mai for translating the fliers. School hours for schools not on the list can be found on Seattle Public Schools website. 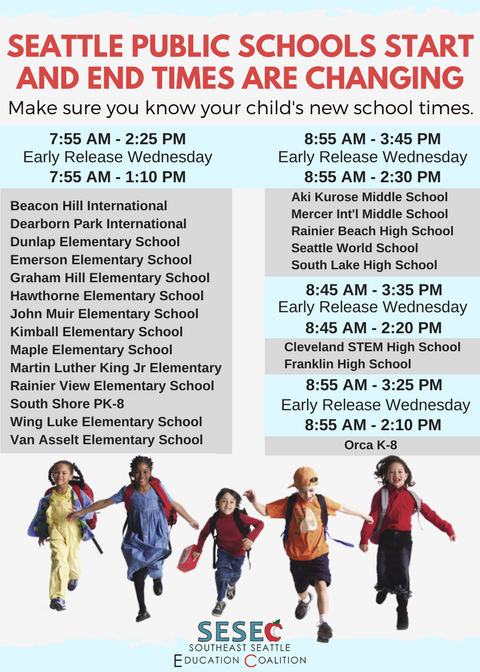 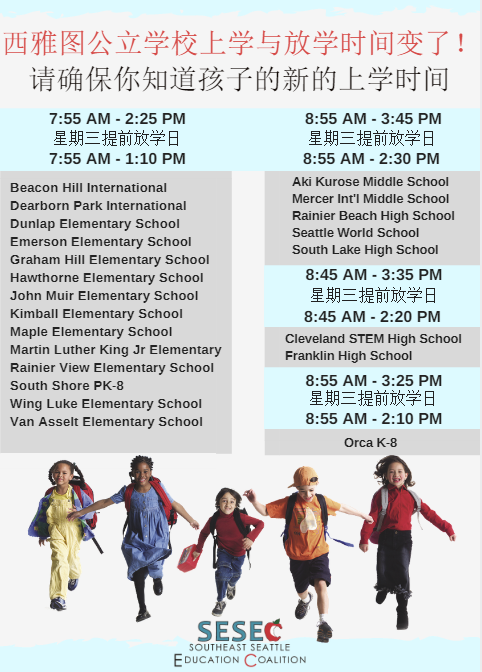 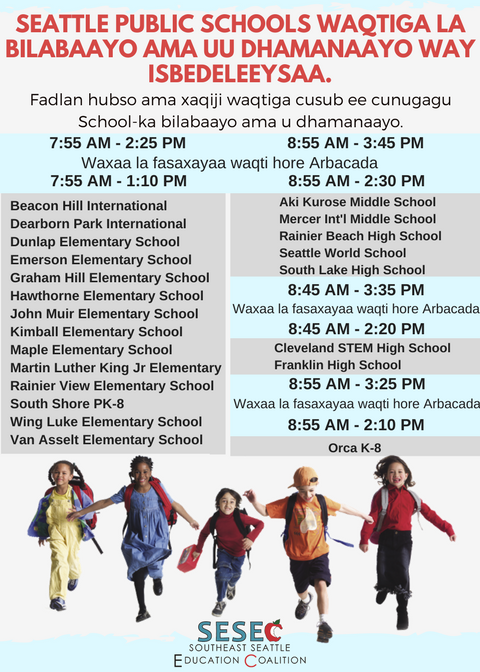 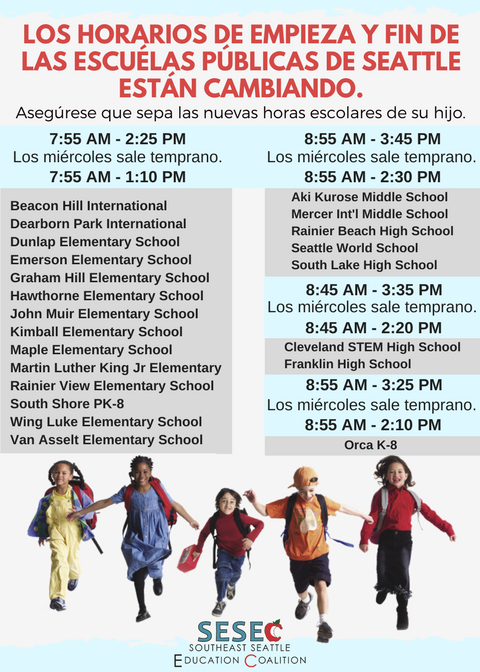 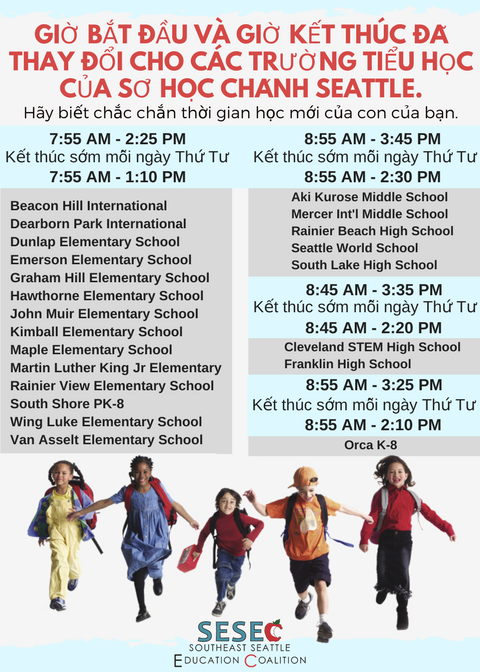