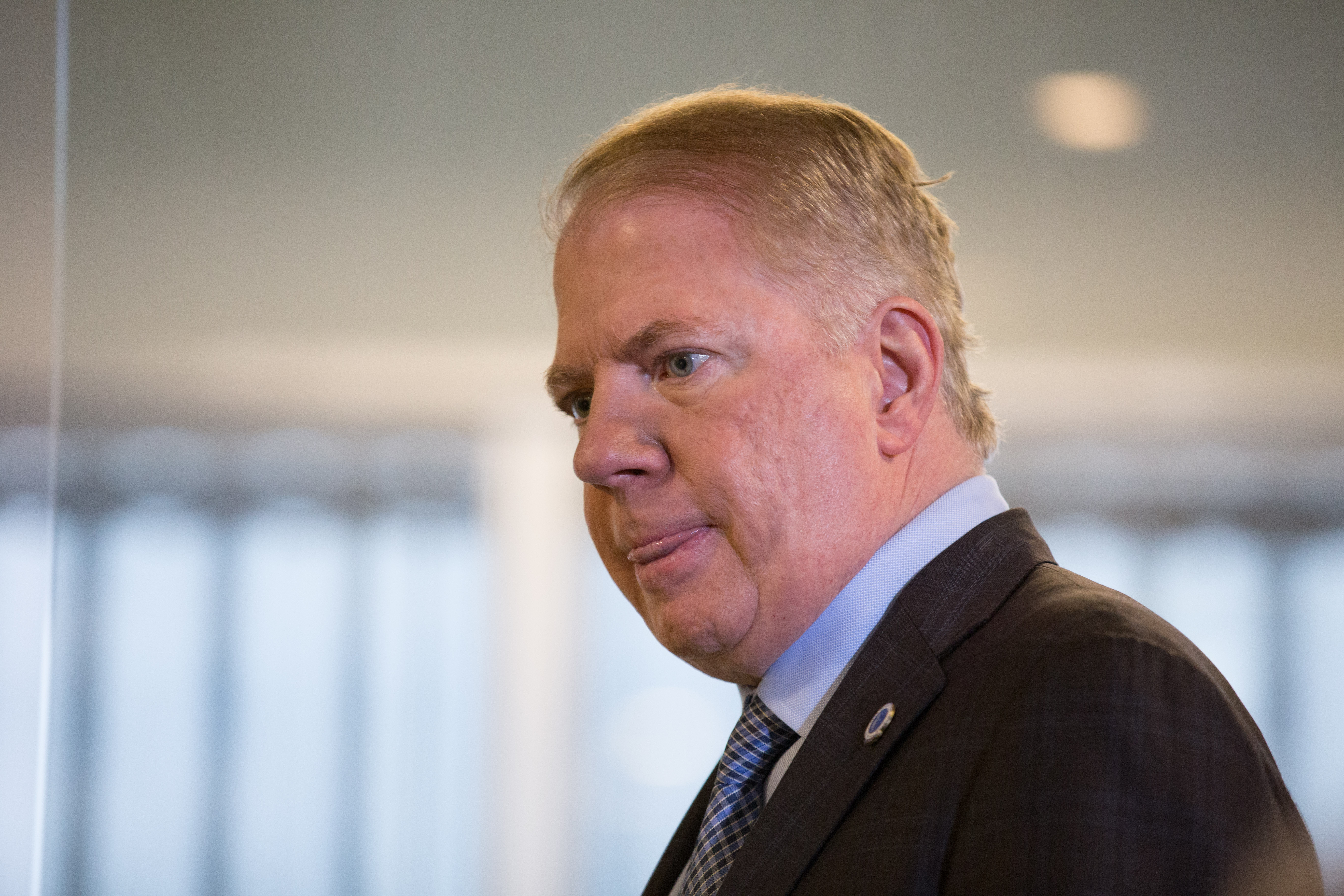 Update (9/13/2017 4:05 p.m.): Seattle City Council President Bruce Harrell was sworn in Wednesday morning as interim mayor. He has yet to accept or decline to takeover the position for the remainder of resigning mayor Ed Murray’s term. Should Harrell accept he would serve until Nov. 28 when the winner of that month’s mayoral race would officially take over the role. Should this happen, Harrell will forfeit his council seat, according to City Attorney Pete Holmes. Harrell has stated that he will announce his decision by Friday at 5 p.m.

Nearly four months after sexual abuse allegations first emerged against Seattle Mayor Ed Murray, the one-term mayor has decided to resign after his cousin recently claimed Murray abused him as a child.

But the Council president has previously stated that duration is too long, and prefers a deliberative period of five days. Murray’s press release confirmed this decision. Should Harrell accept becoming active mayor, his fellow council members will choose a replacement to fulfill his D2 position.  Should he decline, the Council then decides who among them temporarily fills the mayoral position.

It is believed  that council member Tim Burgess (District 8 -city wide), who is not seeking re-election, would be the most likely candidate to step into the mayoral role in that scenario. Regardless, whoever becomes mayor will hold office until Dec. 31.

The City Charter, however, doesn’t specify if a Council member, after temporarily appointed mayor, will get to return to their position when it’s over. The Council has been briefed by attorneys on the matter, however, but findings have not been disclosed. This leaves room for a potential constitutional issue that requires court resolve. Seven of the nine positions on the Council are elected by geographic district, which could be the crux of a potential conundrum in Murray’s resignation and subsequent replacement.

Mayoral candidate Cary Moon was the first to release a statement asking for Murray’s resignation in May.

“As a mother, I am angry,” reads her most recent statement, “as a resident of the city I am ashamed.”

The candidate, along with many Seattle residents and advocates themselves have pointed out how difficult it is for victims to come forward. Many viewed Murray’s defense against the allegations as victim-blaming when he referenced the victims’ criminal histories and undermined the credibility of his accusers.

Seattle’s other mayoral candidate, Jenny Durkan, had already accepted Murray’s endorsement after the initial allegations came out. It wasn’t until now that she also called for his resignation.

Murray, however, still refutes the claims in today’s press release. Listing off his accomplishments during his term, he stated “it has also become clear to me that in light of the recent news reports it is best for the city if I step aside.”

Kelsey Hamlin is a freelance reporter with various Seattle publications. Nearly finished with her University of Washington undergraduate career, she’ll graduate with interdisciplinary Honors, a B.A. in journalism and a minor in Law, Societies & Justice. Hamlin served as President and VP for the UW’s Society of Professional Journalists over the past two years. She is currently looking for more work! Please find her on Twitter @ItsKelseyHamlin or see more of her articles on her website.